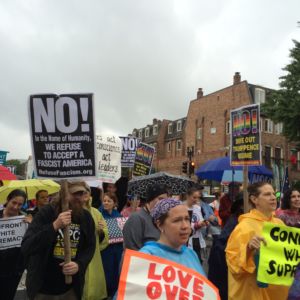 Demonstrators marching to end white supremacy braved the rain Wednesday to converge on Washington D.C. after walking from Charlottesville, Virginia.

The March to Confront White Supremacy was organized in the wake of increased racial tensions and violence. The progressive organizers warn that white supremacist violence, rhetoric, and policies have escalated over the years. The over one hundred mile walk took 10 days for the protesters to complete.

The Action Group Network hosted the march alongside some of its progressive partner organizations. The organizers also held a rally to welcome the marchers to Washington D.C. The welcome rally met outside the city so that everyone could cross the Francis Scott Key Bridge into the city together.

“I was very angry about Trump and how he stirred up racism in this country so I had to come,” University of Hawaii Prof. Noel Kent told InsideSources from the march. “This is what I’m fighting back against; injustice and the way America is moving towards something frightening. I always thought we were better than this.” 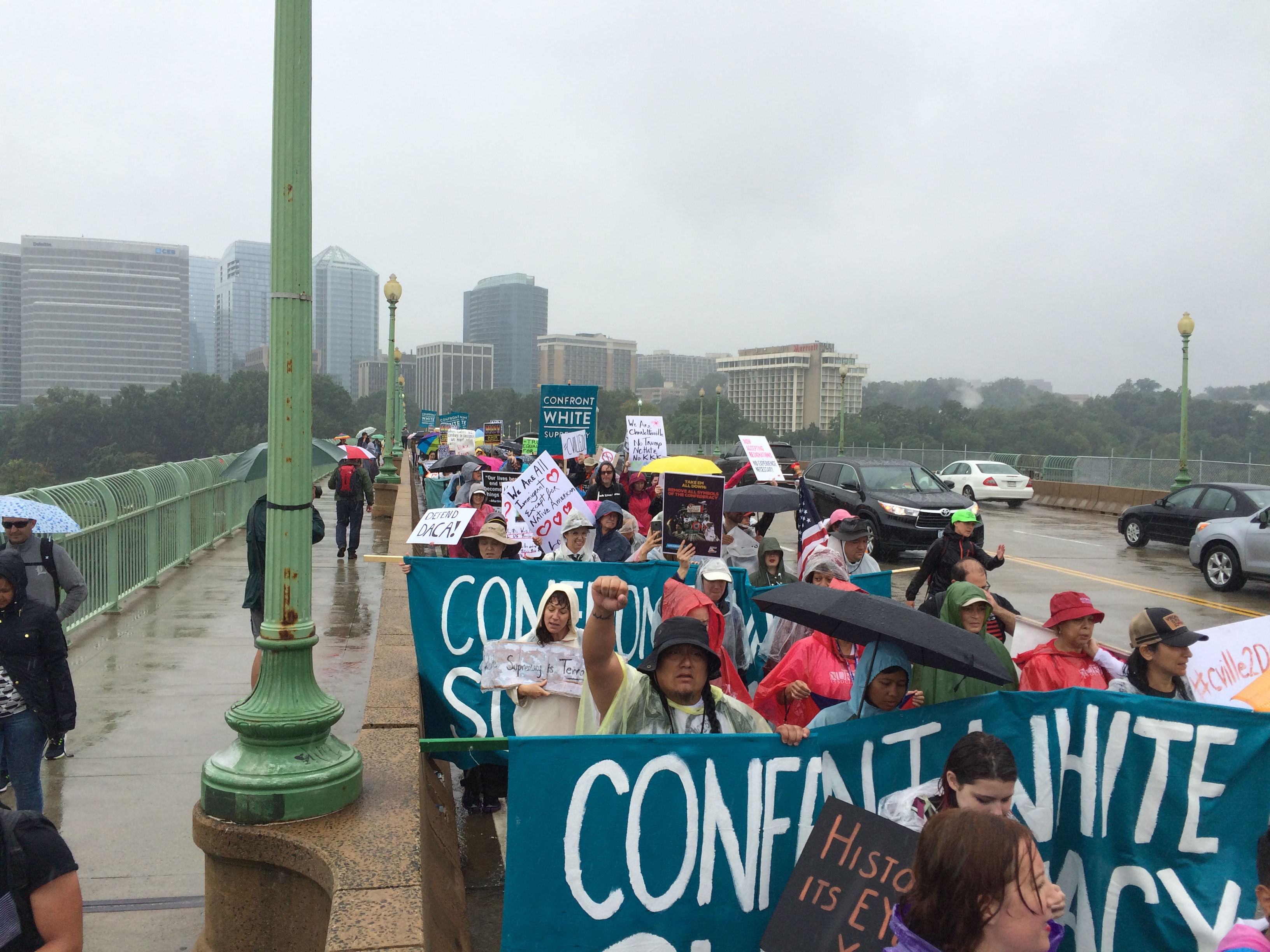 The welcome rally joined the marchers on their final 11 miles of the journey. The crowd continued onwards through the western side of Washington D.C. They passed the Lincoln Memorial before eventually ending up at the Martin Luther King Jr. Memorial.

The march covered just over a hundred miles in total. Most of the marchers participated for part of the walk while some braved the whole thing. March organizers encouraged protesters to participate for as long as they were able. They also setup checkpoints along the way to ensure participants had time to eat and rest. 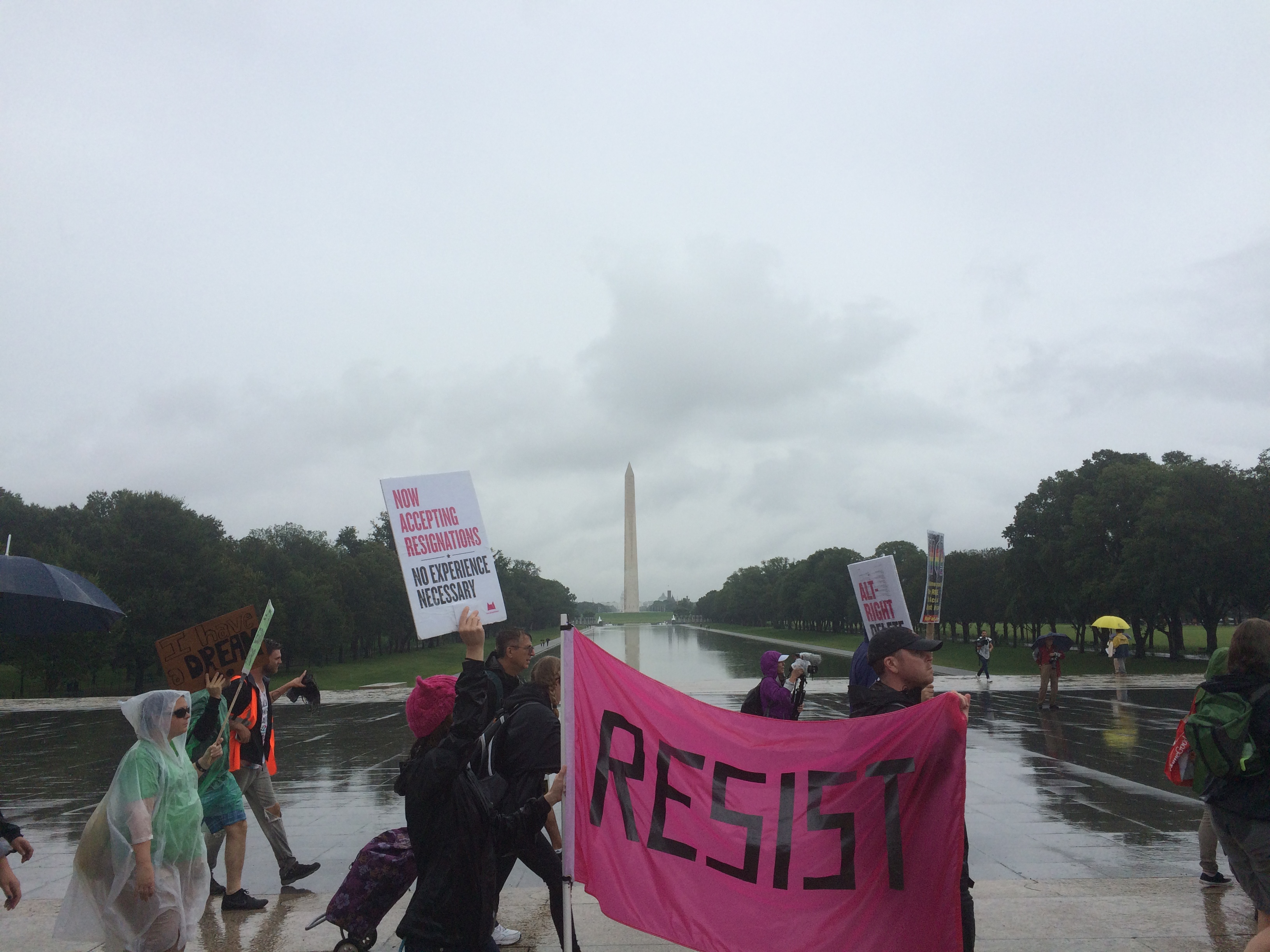 The country has faced increased racial tensions in recent years with the situation seemingly getting worse. Charlottesville saw the tensions turn to violence during a white nationalist rally last month.

Bonnie Yoder is a teacher from Charlottesville who was compelled to join the marchers after the incident. “White supremacy and racism have always been a concern for me,” Yoder told InsideSources. “I’m lucky to teach in the city of Charlottesville in a wonderfully diverse school, and when people came directly into my city and threatened my children, it really pulled at my heartstrings. This march was a healing thing for me.” 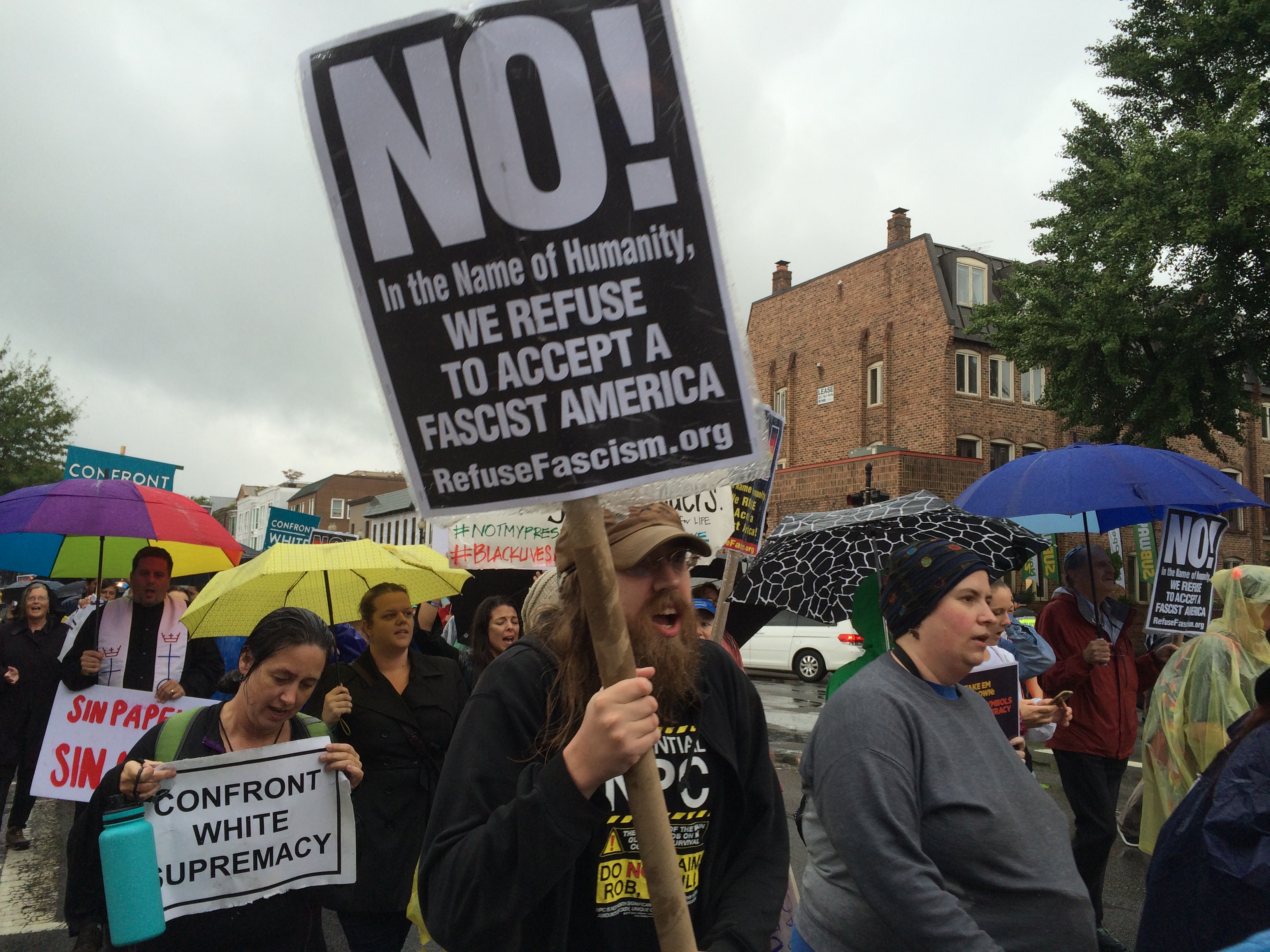 Antifa, short for anti-fascists, has become one of the more well-known groups fighting against what they see as a rise in racism and fascism. The self-described anti-fascists have been denounced on both sides of the political aisle for deploying violent tactics and targeting essentially anyone who disagrees with their progressive and socialist ideals.

The organizers behind the march explicitly warned violence was not welcomed. They added that the nonviolence rule applies to threats as well. The organizers urged marchers to instead engage in what they called confrontational nonviolent action. 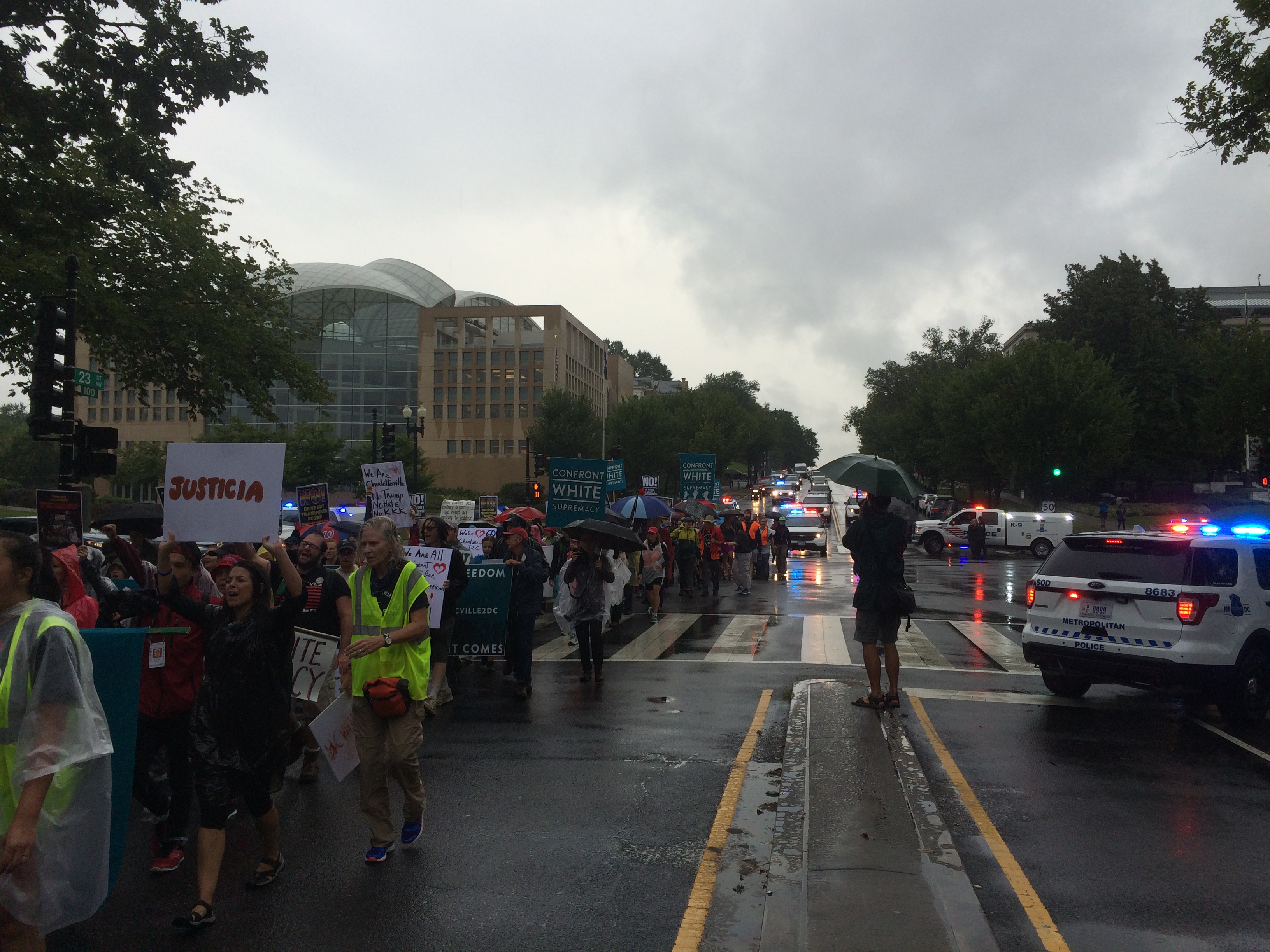 Alexandra Hughes joined the final couple of days of marching to protest against racism and hatred. She noted that as a mixed-race woman she has had to deal with racism in her own life. Hughes participated in the march with her mother and aunt. They all traveled down together from Buffalo, New York.

“One thing that really sucks in that racism does affect my job,” Hughes told InsideSources. “I am a waitress and it sucks to have people who see me and either don’t want me as their server, or they don’t tip me as much, or anything at all just because I’m a little bit darker than they are.” 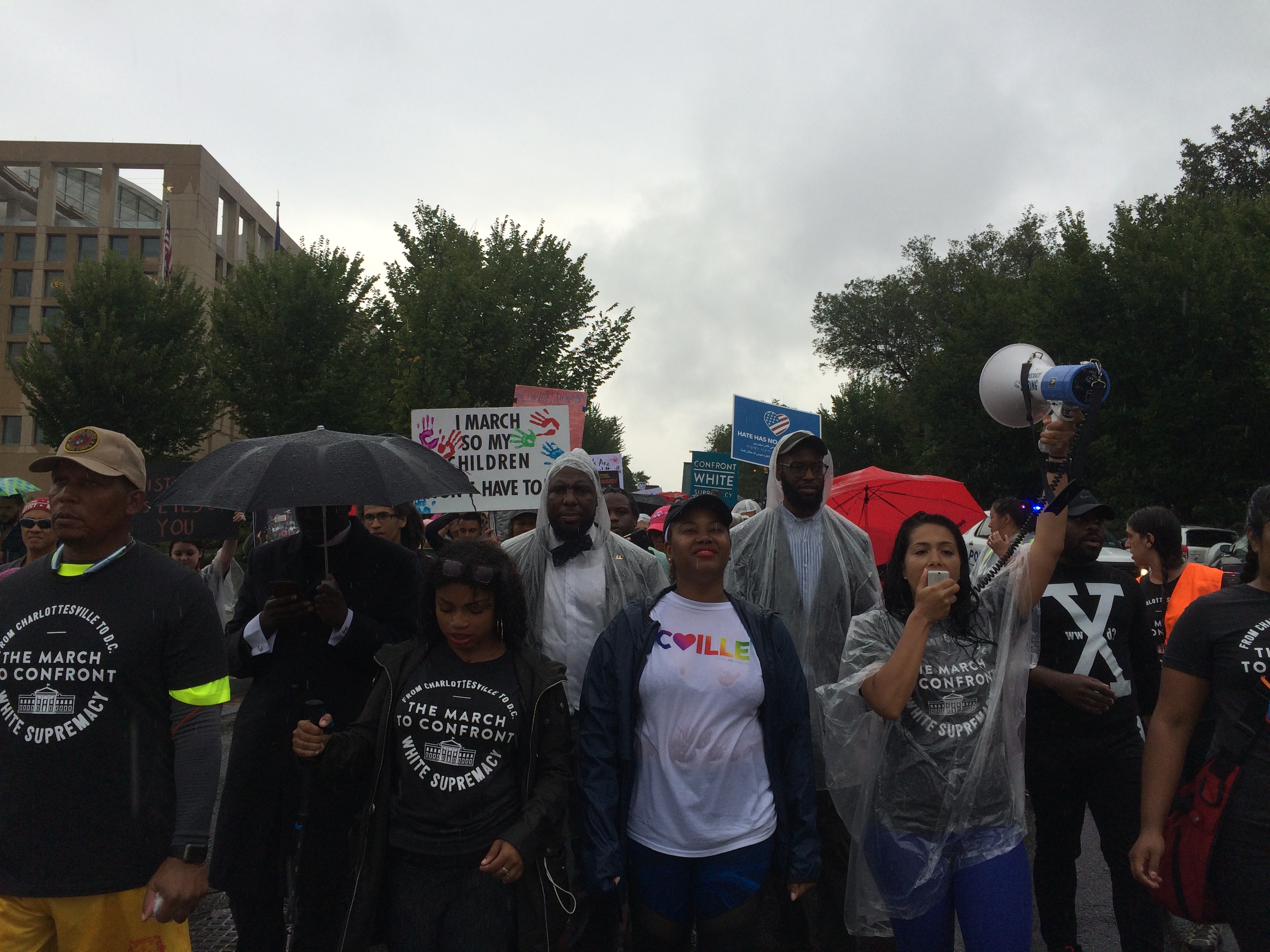 Hughes adds that she is trying to pay her car and college tuition just like anybody else. She also hopes to represent everyone who couldn’t make it to the march like her brother who was too busy with school obligations to come. Hughes believes the current racial tensions have come to a standstill.

“I think it’s really at a standstill,” Hughes said. “There are people who are trying to make it better and help out. But I feel there were just as much people that are the complete opposite. Even while we were marching there were people over here saying everyone matters, there are people across the street yelling at us, telling us to shut up and go home.” 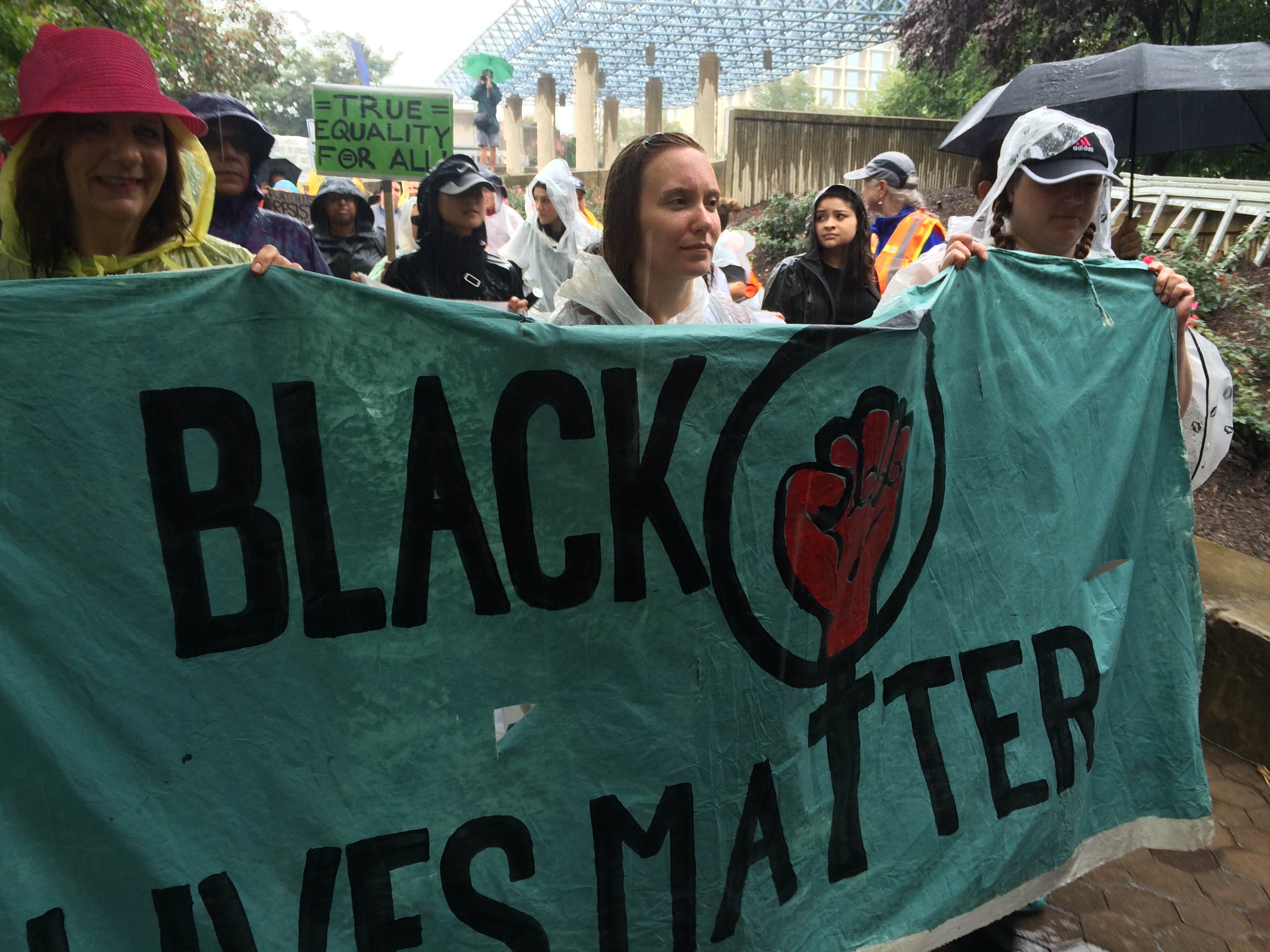 The march against white supremacy is just one of many demonstrations that have have been organized in the month since Charlottesville. Protesters expressed concern over the increased popularity of extreme right ideologies, and what they see as a racist agenda from President Donald Trump.

The Charlottesville rally was organized to protest the removal of Confederate monuments from public spaces. Rally participants had gathered in Emancipation Park which had a statue of Confederate General Robert E. Lee. The rally included white supremacists, white nationalists, alt-right activists, and neo-Nazis. 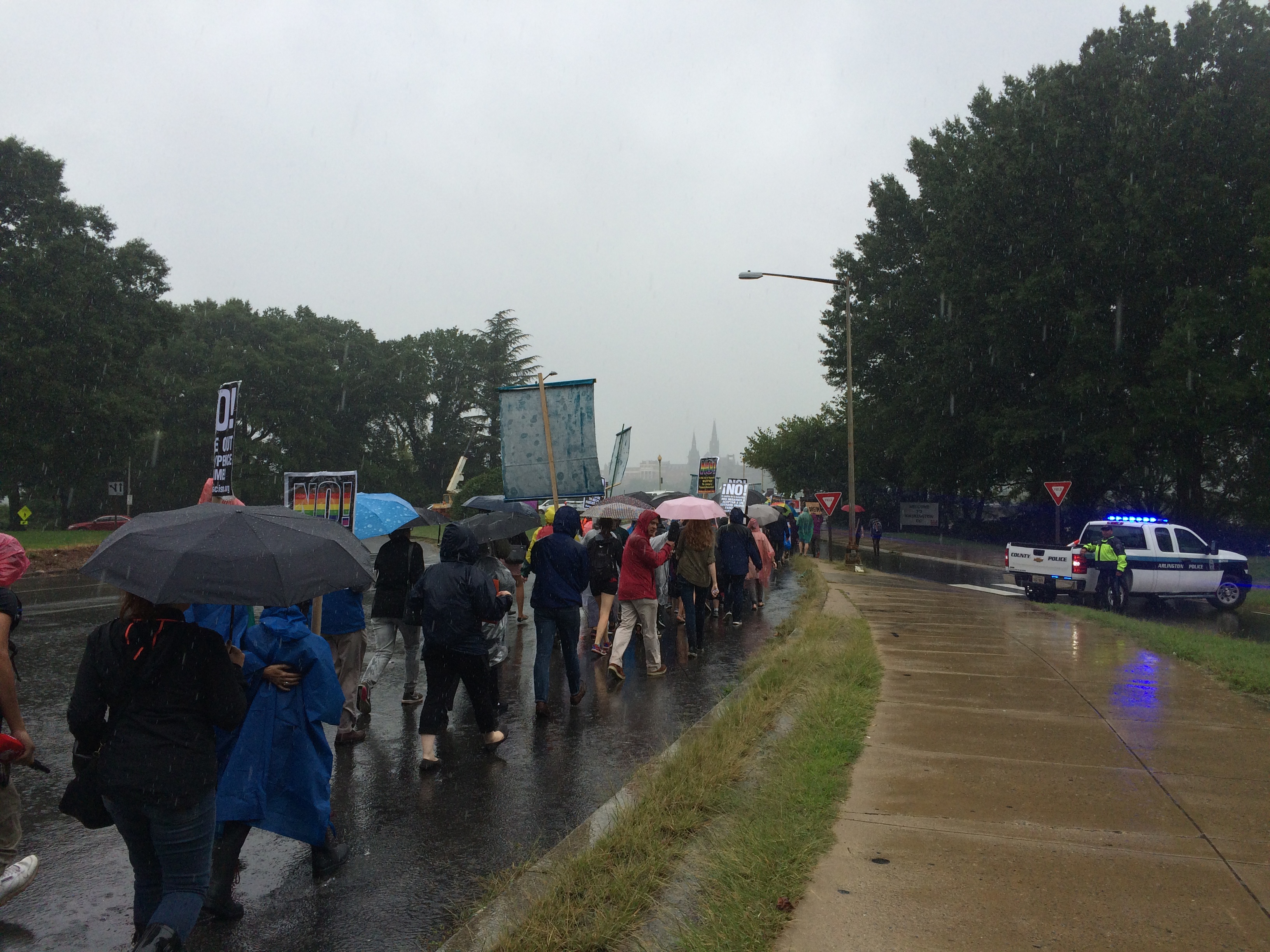 Heather Heyer was killed during the incident when a participant in the white nationalist rally crashed his car into a group of counter protesters. She has since become a symbol for many protesting white supremacy and racism. Attorney General Jeff Sessions has since denounced the racially-driven violence as an act of domestic terrorism. 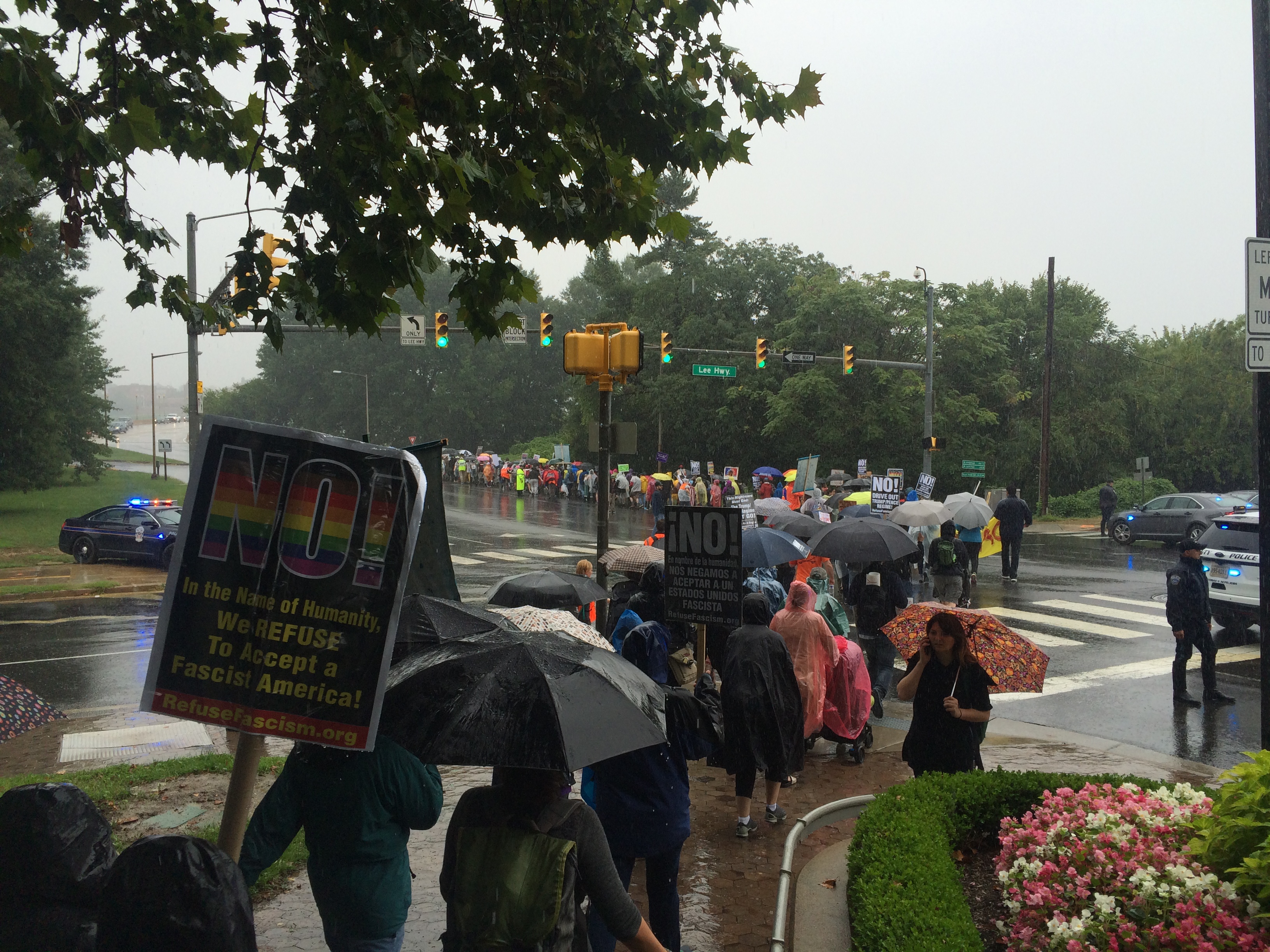