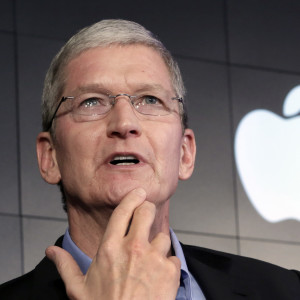 Apple used the kickoff of its Worldwide Developers Conference Monday to reaffirm the company’s stance on encryption and data monetization, one day after the most deadly mass shooting in U.S. history threatened to rekindle the debate surrounding the use of the technology.

“In every feature that we do, we carefully consider how to protect your privacy,” Apple senior vice president of software engineering Craig Federighi told conference attendees in San Francisco Monday.

Federighi said that includes the Cupertino-based company’s commitment “to use end-to-end encryption by default,” and described a new policy at Apple known as “differential privacy,” which incorporates using machines to learn how users use Apple products via crowdsourced data, while not tracking specific data back to individual users.

Federighi’s keynote came one day after 29-year-old Omar Mateen shot and killed 49 people at a gay nightclub in Orlando early Sunday, and who authorities later said pledged allegiance to ISIS during the attack.

The scenario echoes last year’s shooting in San Bernardino, where two attackers later found to have made a similar pledge to the Islamic extremist terror group were found in possession of an iPhone after a shootout with police that left both dead. The FBI asked Apple to bypass the device’s encryption as part of their investigation — a request Apple refused, prompting a court battle that ended prematurely after the FBI found a third-party to crack the phone’s encryption.

Investigators recovered a phone from Mateen after he died in Sunday’s attack, but have declined to identify its make. Regardless of whether the device is an Apple product, the shooting could easily become fodder for those in government pushing for a back door into encrypted communication platforms like Apple’s, especially given the increasing number and popularity of encryption applications like Telegram of the Facebook-owned WhatsApp.

“We are going through the killer’s life — especially his electronics — to understand as much as we can about his path and whether there was anyone else involved, either in directing him or in assisting him,” FBI Director James Comey said Monday.

Comey has repeatedly testified before Congress on the emerging issue of terrorists and criminals “going dark” online as a result of their use of communication platforms with end-to-end encryption, which in Apple’s case, not even the company itself can access without a user’s PIN.

The tug of war between privacy and security has spread from cases still pending in court against Apple and others to Congress, where lawmakers have offered several legislative proposals to discuss or even mandate law enforcement cooperation, all the way up to the 2016 presidential election, with Donald Trump calling for a “boycott” of Apple products.

Apple CEO Tim Cook opened the conference Monday by leading the crowd in a moment of silence for the victims of Sunday’s shooting.

“The Apple community is made up of people from all around the world, all different backgrounds, all different points of view,” said Cook, who came out as gay in 2014. “We celebrate our diversity.”

“We offer our deepest sympathies to everyone whose lives were touched by this violence,” he continued, “this senseless, unconscionable act of terrorism, of hate aimed at dividing and destroying.”

Cook wrote an open letter earlier this year in the wake of the San Bernardino debate pushing back against the FBI’s attempt to force the company into cooperating.