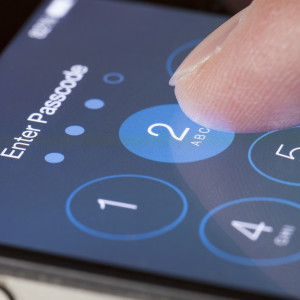 The U.S. District Court for Northern California is hearing a critical tech industry case which could have repercussions across the economy.

Apple launched a legal fight by claiming that some design features of its smartphone were infringed upon by Samsung. The dispute could have a huge impact on how design patents are used throughout the tech sector. But the effect of the case might not end there, as design patents play an important role across many industries.

Apple has argued that it can claim remedies equivalent to the total profits of an entire smartphone if even one design patent is infringed upon, but design patents cover only visual aspects of a product and not a product’s functionality. For example, a design patent might apply to something as obvious as having rounded corners on the casing of a very complex smartphone.

“I want to emphasize this isn’t just a high tech issue, industrial design is everywhere,” Joshua Landau, the patent counsel at the Computer and Communications Industry Association (CCIA), told InsideSources. “This really does extend everywhere and the impacts are potentially across many sectors of the American economy.”

The U.S. Supreme Court eventually had the chance to hear the case after it spent several years making its way through the lower courts. In December 2016, the justices unanimously overturned an earlier decision that awarded nearly $400 million to Apple. But the Court didn’t define the parameters for how to determine the final outcome of the case or similar design patent cases, and it sent the Apple v. Samsung case back to lower courts.

The justices found that remedies for an infringing design patent can indeed be less than total profits of the device. The Court then instructed the federal circuit to determine the standard or test for identifying the “article of manufacture” and determine remedies based upon the new test.

Apple Inc. v. Samsung Electronics Co. was the first in a series of ongoing legal disputes between the two tech giants that started in 2011. The case has been closely followed by technology experts, companies, and innovators around the world, but tech isn’t the only industry that this case could potentially impact.

“There are patents all over the place in things you wouldn’t necessarily think about,” Landau said. “So there are a lot of technologies out there that people don’t think patents are important but they are.”

The U.S. Department of Commerce released a report in 2016 which looked at 81 industries that use patent, copyright, or trademark protections most extensively. These industries support 45 million jobs, or roughly 30 percent of all the jobs in this country. They include software publishers, sound recording industries, audio and video equipment manufacturing, and television broadcasting.

Landau points to cars as an example of a complex product that has multiple patents for different components.  Someone might file a design patent for a cup holder that is installed into a car. But he argues that it would be problematic for that patent holder to get the total profits on the entire car if the design patent applies to just the cup holder.

“People like things that look good, that’s the whole purpose of industrial design, but some of it is in the functionality, and assigning the total profit of the entire thing to the design creates a lot of problems,” Landau said. “People don’t necessarily think about the technologies that go into these everyday things.”