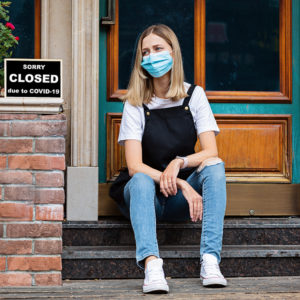 As Nashua Prepares to Vote on Curfew, Critics Ask: Where Is The Science?

The city of Nashua is expected to impose a 9:30 pm curfew during Tuesday night’s Board of Aldermen meeting, part of its plan to combat the spread of COVID-19. But during a public hearing Monday night, curfew opponents — many of them from the restaurant and hospitality industry that will be hurt most by the measure — asked the same question, but received no answer: Where is the science?

In New York, contact tracing linked just 1.4 percent of cases back to restaurants and bars. In Minnesota, that number is 1.7 percent.

In the Philadelphia suburbs, a region demographically similar to southern New Hampshire, county officials found “almost no transmission in restaurants.”

And in California, a judge blocked the state’s ban on indoor dining when the state failed to present evidence connecting restaurants to the spread of COVID-19. (A higher court stayed that ruling.)

Kurt Mathias from the Boston Billiard Club and Casino tells NHJournal the Nashua health officials “absolutely did not” present data to back up their call for a curfew.

“We’ve asked for the evidence that the curfew will work, and we haven’t seen it,” Mathias said. “When you point out that Massachusetts has had a curfew for five weeks and their cases are skyrocketing, they just say, “If Massachusetts didn’t have a curfew, it would be even worse.’ That’s their answer.”

“There is no data,” Mathias continued. “The only real result of this is businesses are going to close down, and people will lose their jobs.”

“Many people have no idea where they got sick,” said Angela Consentino, Nashua’s epidemiologist. “Any patron case at a workplace or restaurant or club is going to be underreported because the patron has to be aware of the exposure in order to identify if they were associated with the cluster. If the patron doesn’t know that there was an exposure at the facility, they can’t identify themselves as part of the outbreak when we do the investigation.”

The NH Lodging and Restaurant Association (NHLRA) also notes the lack of data from the City of Nashua. “We oppose the curfew, which targets restaurants without any science to support the claim that it will help,” says Mike Somers. NHLRA President & CEO. “Actions like curfews exacerbate the situation by forcing more people to dine in a shorter window which increases density, encouraging our customers to go to other municipalities where cases may be higher and run the risk of them bringing it back to Nashua. And it encourages folks to congregate in private settings.”

And then there’s the obvious problem: A curfew in Nashua will simply send more people to Amherst, Bedford and Manchester.

“The worst part of the curfew may be that, not only are they shutting you down, but they’re sending your customers to your competitors in nearby towns,” Mathias notes. “This isn’t Montana. It’s not a five-hour drive to the next city. It’s five minutes.”

Heather Haddad is a single mom who works at Boston Billiard Club, and she says the curfew would be a disaster for parents like her. “I’ve worked here for 10 years, since my daughter was just a seven month old. I would take care of her during the day, then work to pay the bills at night,” Haddad told NHJournal.

“Now Nashua has closed all the schools, so I’m homeschooling every day. With a curfew in place, I can’t get full evening shifts — customers aren’t going to bother to come out after 8:30 pm to a place that closes at 9:30. I can only work during the day on weekends, which means it’s nearly impossible for people like me to make ends meet.”

Nashua officials claim they have no choice but to impose a curfew in response to Massachusetts’ decision to do so, thereby sending people — and potential COVID carriers — across the state line. They’re not as clear on why these Bay Staters will be less infectious at 10 pm than at 10 am.

“We are not out to hurt people or take their livelihood away from them or be the Grinch who stole Christmas or whatever. These are hard decisions to make,” said Dr. Tony Storace, chairman of the Board of Health, when they voted unanimously in favor of the curfew earlier this month.

Mathias says he still believes the Board of Aldermen will reject the plan. “I’m confident that the curfew will be defeated tonight,” he said Tuesday afternoon. Then after a pause he added, “I hope it will be defeated. This really is a case where the solution is worse than the problem.”