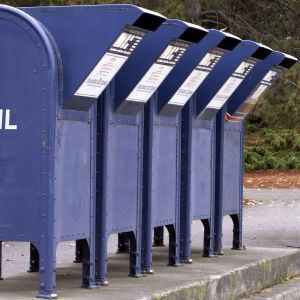 Earlier this month, a bipartisan group of House lawmakers released the 2016 Postal Service Reform Act. Republicans and Democrats have often failed to find agreement on postal reform, which has led to a decade-long stalemate to fix problems at the agency. But the latest piece of legislation is expected to make its way to the House floor by mid-July, and the Senate is expected to take up its version of the bill later this year.

The bill would make several major changes to current law. Perhaps the greatest challenge to the finances of the United States Postal Service (USPS) has been the requirement to prefund retirees’ health care. The agency has repeatedly defaulted on payments, but the new legislation would push retirees to enroll in Medicare parts A and B while phasing out the premiums paid by the postal service.

Consumers will note effects of the legislation. An emergency price hike will be allowed to partially stand, and the bill will not change postal delivery to five days per week, which some have argued would save the postal service billions of dollars each year.

If the reform passes, it can also be expected that USPS will begin offering consumer products and services outside the realm of mail delivery. The bill creates a chief innovation officer position at USPS in order to begin development of services such as payday loans.

The bill’s sponsors, House Oversight and Government Reform Committee Chairman Jason Chaffetz, R-Utah, Ranking Member Elijah E. Cummings, D-Md., Reps. Mark Meadows, R-N.C., Gerry Connolly, D-Va., and Stephen F. Lynch, D-Mass., issued a joint statement upon the release of the draft: “The Postal Service is in dire financial shape. Without reform now, the problems will only worsen and reform will become far more difficult to accomplish. This bipartisan legislative solution provides the opportunity for the Postal Service to return to solvency and continue to provide universal service to all Americans.”

While the bill is receiving bipartisan congressional support, taxpayer and consumer advocates are voicing concerns about the cost of the legislation. David Williams, president of the Taxpayers Protection Alliance tells InsideSources the reforms amount to “window dressing” when the agency is in need of a greater overhaul.

“TPA is encouraged by the effort to reform the USPS, but these recommendations fall short in many areas. First, it continues to allow the USPS to get involved in non-postal activities. That is irresponsible considering the lack of transparency in the financial reporting of those services.  Plus, USPS should focus on their core mission of delivering mail,” says Williams.

As InsideSources reported last fall, USPS has monopoly power for mail delivery in the U.S., and it is given significant cost savings compared to other businesses in state and local taxes. Because of high demand for its monopoly services, it is able to cross-subsidize, or artificially decrease, the cost of its products that, in theory, are competing against companies like UPS and FedEx. The same would be true for non-postal services that would be developed in the new legislation. Thus, critics worry that allowing the postal service to compete in new product areas will put other companies out of business while also displacing tax revenue from private companies by supporting an agency that is often exempted from taxes.

Williams added, “Another disappointing area is the fact that it doesn’t address five day delivery, a reform that could save billions of dollars per year. Lastly, raising rates is a lazy option that could backfire on the USPS.  For real reform to take place, the committee must be bold and provide the USPS with real ideas, not window dressing.”

“The Committee’s Postal Reform bill unfortunately does not include the right structural changes that the USPS really needs,” says Steve Pociask of the American Consumer Institute. “The bill would set the agency on the wrong path by inexplicably raising rates on consumers. It would also raise the profile of the chief innovation officer who will continue to push for more ill-advised USPS ventures and leave its mail service floundering without more definitive mandates. Overall, this is just a bad bill and the Oversight Committee needs to rethink it entirely.”

Another change made by the House bill would be to reduce the USPS board of directors to just five members, down from nine. But the Senate has failed to confirm any members of late, leaving only one member on the board since last year. The failure by the Senate to confirm any more members is reportedly the result of a hold by Sen. Bernie Sanders, I-Vt. Democrats and Republicans have expressed their worry that these vacancies lead USPS to ineffective management, and perhaps a first step in reform is to confirm a board of directors.

Sen. Tom Carper, D-Del., noted in May, “I can’t imagine something like this ever occurring in the private sector because shareholders would demand oversight from a strong board to protect their investment.”