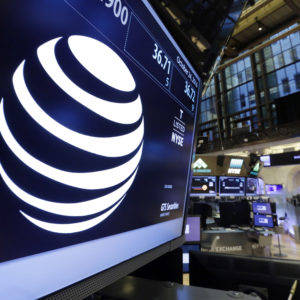 AT&T responded Thursday to preliminary findings by the Federal Communications Commission that zero-rating its DirecTV-owned content violates net neutrality, arguing the service is a benefit to consumers and that the FCC’s Wireless Bureau has no authority to take action against AT&T.

“As we explain (again) in the response provided to the Wireless Bureau today, the video entertainment marketplace is ripe for disruptive change, which is exactly why consumers have enthusiastically embraced Data Free TV in all its competitive forms,” Joan Marsh, AT&T’s vice president of regulatory affairs, said in a statement Thursday.

“And although the commission has decided to apply Title II to broadband services,” she continued, “the Wireless Bureau’s analysis of AT&T’s sponsored data platform abandons decades of Title II jurisprudence to raise questions about a service that undeniably increases choice and lowers costs for video consumers.”

The letter is the fourth in the back-and-forth between the regulator and wireless carrier since November, when the FCC first probed AT&T’s plan to exempt its DirecTV-owned data from subscriber data caps while competing services like Netflix and Hulu still count against it. Net neutrality advocates say zero-rating data in such a way violates open internet rules against anticompetitive behavior.

In early December, FCC wireless division head Jon Wilkins said AT&T’s response to the agency’s first inquiry “tends to confirm our initial view that the Sponsored Data program strongly favors AT&T’s own video offerings while unreasonably discriminating against unaffiliated edge providers.” Wilkins asked AT&T for answers due Thursday about how it bills other video competitors who wish to sponsor data on its network and if/how a similar arrangement between AT&T and its DirecTV subsidiary works.

“Other video providers can be expected to respond to this innovation either by sponsoring their own content with AT&T and/or other wireless providers or by finding different ways to improve and differentiate their offerings and generate consumer value,” AT&T’s letter to the FCC reads.

“And just this morning, T-Mobile intensified wireless competition in response to Data Free TV by offering AT&T customers a free year of DIRECTV NOW if they switch to T-Mobile — the equivalent of a $35 monthly discount,” the letter goes on. “This is the competitive process at work, driving innovation, lowering prices, and increasing consumer value.”

T-Mobile has its own sponsored data program, Binge On, which zero-rates subscriber data for popular services including Netflix, Hulu and Showtime. DirecTV announced DirecTV Now in November, and offered the most competitive deal so far with 100 channels for $35 a month. The program was the chief reason AT&T acquired DirecTV and is attempting to buy Time Warner.

“The Bureau’s approach thus would deny consumers a service they value, raise prices, lower consumption, and curb the disruptive potential of Data Free TV, all in the name of preserving profit margins for individual DIRECTV rivals,” AT&T said Thursday. “That approach would upend the most basic principles of American competition policy, which is designed for ‘the protection of competition, not competitors.'”

AT&T challenged the FCC’s assertion the program was anticompetitive for charging competitors to sponsor their own data, saying it was no different than a telephone company charging non-affiliated long-distance companies for local access service. While the FCC previously said the DirecTV Now price of $35 per month made it impossible for competitors to compete, AT&T pointed out the average cost of packages would be higher. That coincides with DirecTV’s announcement last month that the $35/100 channels would be a limited time offering, and the actual cost of that package would be $60.

Pulling the plug now would disrupt the competition DirecTV Now could bring to cable companies, AT&T argued to the FCC, which months ago was on the verge of passing rules aimed at breaking up the cable box monopoly.

The letter concludes by challenging the Wireless Bureau’s authority to take unilateral action without a vote by FCC commissioners — something the agency is required to get when there’s no precedent. AT&T added that given recent remarks by FCC Republican Commissioners Ajit Pai and Michael O’Rielly against the probe, any action will likely be overturned by them when they claim partisan majority at the FCC in January.

“Any doubts on that score were put to rest when two FCC commissioners, both of whom will remain in office after the imminent change of administration, criticized this investigation and warned the bureau against unlawfully usurping core policymaking powers that only the commission may exercise,” the letter states. “Those commissioners also observed that whatever judgment the bureau purports to pass on this program before January 20 will very likely be reversed shortly thereafter.”