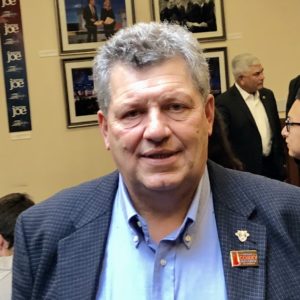 Attacks on Messner’s Charity Hit Candidate Where It Hurts

In the mess that is the story of Corky Messner’s charitable foundation, it’s hard to get a lock on the who, what and why. But the part most likely to cause lingering political problems for Messner’s campaign is the where: Colorado.

AKA not New Hampshire.

Messner enjoys a massive cash-on-hand advantage in the New Hampshire GOP primary for U.S. Senate and a significantly larger organization than his opponent, retired Gen. Don Bolduc. More importantly, Messner has the public endorsement of the most popular Republican among the NHGOP: President Donald Trump. Which is why he’s still considered the frontrunner in the GOP race.

But the Colorado charity controversy is a reminder to Republican voters that, ala Scott Brown in 2014, they could be handing incumbent Sen. Jeanne Shaheen the “carpetbagger” issue to use on their nominee. Which is why Democrats are trumpeting this “Colorado Corky” story.

The tale itself is murky and hard to follow, making it ideal for whatever oppo research team — most NH insiders assume Shaheen’s — dropped it to the Washington Post.

On the one hand, Messner’s law firm, Messner Reeves LLP, started a charitable foundation in 2009, one that even his critics acknowledge has handed out about $83,000 in scholarships. Messner’s firm kicked off the charity efforts with a $100,000 donation, with additional money raised by raffling off cars like a Tesla and a high-end Jeep.

On the other hand, $83,000 over 10 years isn’t a lot of money. And so far there have just been two scholarship recipients. Messner’s law firm and his campaign have described the foundation’s efforts as something much bigger, implying that many students have been helped.

So you can either give Messner a thumbs up for helping a couple of kids go to college, or a thumbs down for suggesting he did much more.

But there’s no evidence that any money has been misappropriated or that Messner has profited from its activities.

So, the story could have ended there. The Washington Post’s Glenn Kessler gave Messner “Four Pinocchios” for “suggesting that many students had been the recipients of funds.” This allows Messner foes to cry foul and fans to shrug it off as marketing puffery.

And so Shaheen’s campaign spokesperson Josh Marcus-Blank tweeted: “Ever since he launched his campaign for #nhsen, “Colorado Corky” Messner has been lying. This is shameful. The Washington Post is reporting that he defrauded low-income students with essentially a fake scholarship program. How Trumpian.”

Then things got interesting. Democrats decided to go to court. And not just any Democrats: Six prominent Colorado activists, including two former Colorado Supreme Court justices, have filed a complaint asking the state to investigate Messner for possible criminal wrongdoing.

At first blush, it doesn’t appear to be a serious complaint. For example, it alleges wrongdoing simply because the proceeds of a 2015 raffle weren’t used for scholarships that same year. The complaint also alleges the Messner Foundation didn’t have the proper paperwork to conduct a charitable raffle.

Not surprisingly given that the charity is run by an actual law firm, they dispute that claim, noting that the section of the law in the Democrats’ complaint doesn’t even apply to charitable raffles. The relative unseriousness of the complaint, filed by such prominent people, is a sign that some serious Democratic players are behind the effort. More importantly, they apparently believe Messner warrants this unwanted attention.

That’s certainly Messner’s view. “The Democrats are very afraid of me,” he told NHJournal. “If you look at what Democrats have done to me at the state and national level, they’re afraid.”

Perhaps. What’s more likely is Democrats are worried about Messner’s money, and they’d love to knock him out of the race to save resources for potential U.S. Senate pick-ups in Arizona, Colorado, and Maine.

Democrats are unlikely to get their wish, says Republican strategist Mike Dennehy. “He’s the most conservative candidate in the race and he’s got Trump on his side. That’s probably enough to win.”

“Thanks to the support from the Messner Foundation, I will be the first in my family to graduate with a college degree. After enrolling at the University of Denver and focusing on the business program, I found I had a passion for accounting. This fall, I am completing my studies with a one-year graduate-level program and will graduate next year with a master’s of accountancy, and then sit for the CPA exam. The Messner Foundation scholarships helped cover my costs throughout my years of study, helping me achieve my career goals and realize my potential, and I am grateful to Mr. Messner for his support and guidance.”