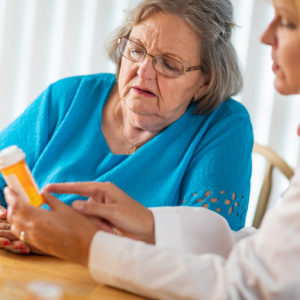 About 10,000 Americans turn 65 each day. Many may soon leave the workforce and claim the Medicare benefits they believe they’re entitled to after paying Medicare taxes for decades in the workforce.

That coverage doesn’t always guarantee them timely access to the doctors or specialists they might like to see. It’s no wonder seniors are increasingly opting for privately administered Medicare Advantage plans, which often offer more value than the conventional government-administered Medicare program.

People start paying for Medicare long before they’re elderly. To fund certain parts of the program, the government levies a 2.9 percent payroll tax. Technically, workers pay half and employers pay half. But economically, it’s all compensation for the employee — so it all comes out of the employee’s paycheck.

Those with high incomes pay an additional 0.9 percent Medicare surtax.

Once Americans turn 65 and enroll in Medicare, they face premiums, deductibles and copays that can run thousands of dollars a year.

In a new survey, nearly 60 percent of respondents reported not knowing that Medicare premiums vary by plan and income. Roughly the same share didn’t know there were different deductibles for the parts of Medicare that cover hospital care, outpatient care and prescription drugs.

That means seniors could pay more than $2,000 out of pocket — in addition to the thousands they may already be spending on premiums, depending on their income — before Medicare even begins paying for their care.

After they’ve hit their deductible, patients must cover a part of their treatment costs through copays and coinsurance. And since Parts A and B don’t have an out-of-pocket maximum, there is no limit to what seniors might face in cost-sharing, no matter how sick they get or how much care they require.

Altogether, the typical couple with Medicare will need $300,000 to cover their healthcare costs after they retire, according to a report from Fidelity Investments. But that estimate accounts only for the out-of-pocket costs of Medicare Parts A, B and D — not the cost of other health-related services the government won’t cover.

Seniors who are in the hospital for an extended time could rack up additional bank-breaking bills. Medicare will cover the first 60 days of a hospital stay. But on day 61, a patient has to pay $389 daily until the 91st day, when the daily bill goes up to $778. If she has to stay in the hospital long enough — or return to the hospital often — she could be on the hook for the full cost of additional days in the hospital.

To help seniors cover the out-of-pocket costs of all of these services — and others Medicare doesn’t cover such as hearing, dental and vision — the government recommends purchasing a Medigap plan. But these supplemental insurance plans can cost an additional $300 each month.

Most seniors don’t have nearly enough savings to cover these expenses. The Fidelity report revealed that half of workers who have spent time thinking about retirement expenses believe they’ll need $50,000 or less to pay for medical care. Unsurprisingly, more than one in 10 Medicare beneficiaries have delayed care because they can’t afford it.

Medicare isn’t free. Those approaching — or in — retirement need to prepare for that reality.