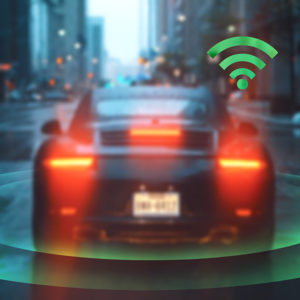 “Fully automated cars and trucks that drive us, instead of us driving them, will become a reality,” announced the National Highway Traffic Safety Administration, an operating agency of the Department of Transportation.

In 2016, the NHTSA estimates there were 7,277,000 police-reported automotive crashes in the United States, in which 37,461 were fatalities and an estimated 3,144,000 people were injured. Not surprisingly, improved safety is a primary motivation for automating vehicle technology, as researchers estimate that 40 percent of fatal crashes involve some combination of alcohol, drugs, distraction and/or fatigue.

However, with the advent of driverless vehicles, the driver impairment factor will no longer be a cause of future crashes. Yet safety improvement is only one consequence, albeit a first-order one, among many other important societal impacts resulting from widespread adoption of automating vehicles (AV).  Moreover, other first-, second- and third-order consequences (both positive and negative) of AV technology — and predicting their actual (and still unknown) effects — illustrates a real-world application of “complexity theory” when attempting to design and optimize public policies.

In complex thinking, various environmental factors work together synergistically, the subsequent whole is greater than its parts, and people live as part of patterns of relationships. Furthermore, in complexity theory the future is emergent, uncertain but not random, and is episodic, occurring in “fits-and-starts,” with radical change, and new patterns of relationships self-organizing, resulting in completely new and unpredictable features emerging.

When describing the still evolving and emergent AV environment, Heather M. Roff, a senior research analyst at the John Hopkins Applied Physics Lab notes that “we need to think about use, design and interaction for the daily experience for consumers, users or bystanders of the technology. We must understand how AVs could change the design, layout and make-up of cities and towns, and what effects those may have on everything from access to basic resources to increasing forms of inequality.”

In the Transportation Department’s most recent guidance document on autonomous driving systems — Automated Vehicles 3.0: Preparing for the Future of Automation — the agency outlines how it intends to search for partnership opportunities and collaboration with the private sector and state and local agencies on issues ranging from accessibility to workforce development to cybersecurity.

However, whether established by legislation, or through executive order, the federal government can look to state governments for inspiration on how to establish such a standing committee.

As of March, the National Conference of State Legislatures reports that at least 12 states, through legislation and/or executive order, have authorized the establishment of formal advisory committees, commissions, councils, task forces or working groups to evaluate and recommend policies related to AVs.  While these state-level “advisory committees” focus their efforts on addressing safety-oriented issues related to AV testing and deployment, there is one state explicitly addressing a wider variety of societal issues (and consequences) related to ADS technologies: Oregon.

The Oregon Task Force on Autonomous Vehicles consists of 31 members, with four members from the legislature, and the remaining 27 members representing other state-level stakeholder groups. The task force’s charge is developing recommendations for legislation addressing licensing and registration, law enforcement and accident reporting, cybersecurity, and insurance and liability issues.

It is noteworthy that the task force may also study the potential long-term effects of AV deployment to be addressed in future legislation, including land use, road and infrastructure design, public transit, workforce changes, and state government responsibilities relating to cybersecurity and privacy, and reports its recommendations directly to the state legislature.

With ADS now commercially available only at the Society of Automotive Engineers designated Level 2 (Partial Automation), a timely and recommended institutional response is to establish AV advisory committees in executive branch transportation departments at the federal and state-levels of government.  These advisory committees can collaborate over shared policy issues and, through policy recommendations, better address the complex impacts of AV commercialization as they emerge on American society.

Most important, to be effective at transitioning AV technology into the marketplace and encouraging ongoing innovation to address emerging societal concerns, these advisory committees need to have broad stakeholder membership beyond those interests affected by only safety improvement. Without such active stakeholder involvement, the public policy “big picture” is inadequately considered and subsequent policy solutions will likely be less effective for the benefit of American society.