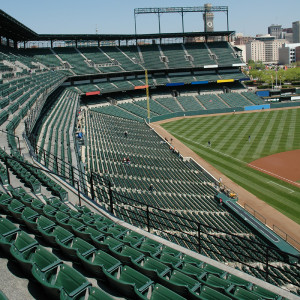 Nobody of any race or part of the country condones police brutality or violence against innocent individuals. Nobody accepts misuse of power, especially power aimed at those struggling the hardest to make it in our society. Police abusing their positions of authority is completely reprehensible.

At the same time, most (but not all) people I know believe police and other first responders are too often put into dangerous situations by others who fall well short of good intentions. These police are often asked to make split-second decisions that involve the safety and wellbeing not only of themselves but that of others in a difficult situation that all too often involves violence.

Are there legitimate questions to be asked about several recent instances of police activity where young, black males suffered injury or death? Yes, there are. Are there even instances where we can flat conclude the police have done the wrong thing, such as was the case in South Carolina? Yes, there are.

It requires a certain ability, however, to ignore a myriad of easily available statistics to conclude that the principal problem of violence in the African American community is the police shooting or otherwise mistreating African Americans in general and younger, black males in particular.

For every time one can point to anything from questionable to detestable involving the police, there are, literally, hundreds if not thousands of instances of black males suffering injury and death at the hands of other African Americans. That is not a matter of debate. It is a matter of fact. It is true that black lives matter. To pretend that the main problem that besets African American communities in the United States is that innocent black males are being shot virtually at random by the police, versus addressing the actual statistics concerning black on black violence, is unhelpful to everyone, most especially the African American community itself.

When terrorists attacked the United States on September 11, 2001, we were told by one and all, including the President, that we would never allow terrorists to change the way Americans lived their lives. Contrast that to what has been happening in Baltimore as a result of the death of a young black male, Freddie Gray. Even without spending one second asking whether the actual facts are that Mr. Gray was severely mistreated versus something else, it is possible to conclude that something is very wrong about how local authorities have decided to cope with those “protesting” Gray’s unfortunate and untimely death.

Unlike what we were told after September 11, in Baltimore the message is quite different. We are told by both the Mayor and the Police Chief of all people that because so many of those involved in illegal, violent activity in the community are young, that it would be wrong to use force to put an end to this visible wrongdoing. By what possible logic does the age of those engaged in the burning of businesses, breaking of windows, etc. define how we as a society should act to protect ourselves? I feel quite certain the building burned by these individuals is just as burned as if a 45 year-old, white male had done it.

What makes all of this even more troubling is that the violence of these “protesters” has resulted in a myriad of activities coming to a screeching halt. One Baltimore Oriole game was cancelled. Another was played before a stadium where the public was not allowed entry. An entire series has been moved to the city of their next opponent.

Sure, there are tons of other businesses hurt or even destroyed by this illegal, violent activity. But, let’s focus just on the Orioles for a minute. Who gets hurt by the games being cancelled or moved? First, the City of Baltimore itself in losing all the tax revenue represented by the playing of those games (from sale of tickets, purchase of beverages and food, etc.) suffers. Second, how about all those who work at an Oriole game? Overwhelmingly, from first-hand experience, the people working the parking lots, selling food and beverage, etc. are African Americans. Third, our nation as a whole is diminished when we allow this sort of behavior without taking prompt and certain action against it. How does this destruction of property and threat of other violence assist these members of the African American community?

The long and short of it is that when the police misbehave, that should not be tolerated, and consequences should be real. That does not mean that accepting illegal and violent behavior by anyone, regardless of their color or age, should be accepted. To decide to do just that, accept the wrongdoing, is a bad and serious mistake in my estimation.