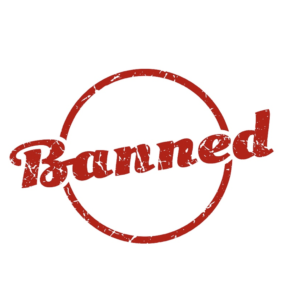 Banning Bad Behavior Feels Good — But Does It Work?

The FDA recently announced it is working toward banning menthol cigarettes and flavored mass-produced cigars.

The reaction to the menthol ban broke down along familiar lines. Some people are in favor, believing the ban will improve health outcomes of certain groups who tend to use these products. According to the Center for Disease Control, 85 percent of menthol brand users are Black and, therefore, the ban is a form of ‘social justice.’

Other people with a more libertarian bent believe the ban restricts the free market and will unfairly cost shopowners a lot of money by being unable to sell products people freely choose to buy. Still, others feel that banning menthol – the past permissible flavor in cigarettes – will dissuade new smokers, for whom menthol helps begin and retain the habit.

But the critical issue is whether bans — on cigarettes, alcohol or anything else — actually work?

For 13 long years, alcohol was illegal in the U.S. But even in the early days of Prohibition, it was clear the law wasn’t having the intended effects. Alcohol became more powerful in many ways, and since the mechanisms by which people obtained it were illegal, some of the cultural problems Prohibition was expected to solve got worse.

And, Berkun observes, “free PR for all of the people who are probably interested in the thing being banned who might not have heard of it if the ban didn’t happen.”

My mother once told me about the lengths she went to as a teenager in Montreal to get her hands on the then-banned novel, “Peyton Place,” which later became a wildly popular TV series. In the 1964-1965 television season, the show had a huge 25.1 rating in its first season, thanks in part to the veneer of scandal that lingered from the novel’s notoriety.

Where bans are generally ineffectual at best, what does work is a “sin tax.” A sin tax is a (usually quite heavy) tax on something people use that is deemed to be against the public good. It’s not banned but instead, the government says, “Hey – go ahead and use this thing we have determined to be harmful to society if you want to…but it’s going to cost you.” According to a powerful 2018 series of papers in The Lancet, sin taxes are an effective way to deal with the consumption of things that are harmful to us.

Having lived in Sweden, a land with a massive sin tax on alcohol, I have seen the effect first-hand. The high cost of alcohol, especially when acquired outside of the state-run liquor store – the Systembolaget – acts as a deterrent to excessive consumption for many people.

As a result of high prices, most Swedes who do drink only do so from Friday to Sunday — leaving the other days completely dry. And without a ban.

Part of what a ban does is also expand the legal liability envelope around banned products.

“When a product is banned, it speaks to how dangerous regulatory bodies see that product to be today. That can absolutely have an impact upon how courts will see the industry’s history of selling this product to people across the nation who have been injured by using it.”

The fundamental flaw in most bans is that they are a form of societal laziness. Simply declaring something illegal is much easier than addressing the root cause of problems, or acknowledging that the bad behavior is never going to simply go away.

If we put the same energy we invest into banning “bad behavior” into developing better public policy, people might be more willing to embrace the behaviors we are trying to achieve by making things illegal to do, use, think, or believe.