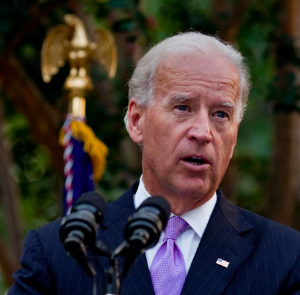 As his chief competitors for the Democratic nomination for president rush to embrace Medicare for All, Joe Biden is running in the other direction.

The former vice president has proposed building on Obamacare with a “public option,” which would let individuals purchase coverage from a new, government-run insurance plan.

Biden claims his plan is a moderate alternative to Medicare for All. Echoing a promise President Obama made a decade ago, Biden recently assured voters in Iowa: “If you like your health care plan, or your employer-based plan, you can keep it.”

That wasn’t true when Obama said it a decade ago, and it isn’t true now. Biden’s health plan would devastate private insurance. Along the way, it would force hospitals to close, drive up premiums, and ultimately lead to a government takeover of health insurance.

Biden’s public option would reimburse doctors and hospitals at rates similar to Medicare’s. Those rates are low. In 2017, hospitals only received 87 cents for every dollar they spent treating Medicare patients. The program’s reimbursements are about 40 percent less than what private insurance pays, on average. One study found that in 2017, private insurers paid hospitals 241 percent of what Medicare would have.

Medicare can underpay providers because of its overwhelming size. It provides coverage to one in five Americans. And its beneficiaries — senior citizens and the disabled — are much likelier to need medical care than the average American. Doctors and hospitals basically have to accept Medicare’s payment terms if they want to stay in business.

At the same time, Medicare doesn’t need to cover its costs. It can lose money and simply draw on the federal treasury to fill any deficits.

Further, it can rely on other government agencies to do much of the work private insurers have to take care of on their own. For example, the Social Security Administration collects beneficiaries’ premiums by withholding them from their Social Security checks. The Department of Health and Human Services absorbs some of the costs associated with accounting, fraud prevention and marketing.

Private insurers don’t have the leverage to dictate payment terms to healthcare providers. And they certainly can’t outsource their administrative costs to other entities. Consequently, the public option will have the ability to significantly underprice private plans. People would likely sign up in droves. One study found that over 40 million people would enroll in a public option after just one year.

As the number of people with government insurance swelled, doctors and hospitals would begin losing money, unable to cover their costs with Medicare’s bargain-basement rates. A study by Navigant Consulting found that a Biden-style public option could result in significant layoffs and “potentially force the closure of essential hospitals.”

To try to stave off such outcomes, hospitals would have to charge private insurers more. Insurers, in turn, would hike premiums to cover their higher costs. That would compel more individuals to drop their private coverage in favor of the cheaper public option.

Employers would react similarly. Rather than provide increasingly unaffordable health benefits, they’d likely give their employees a few extra dollars and tell them to seek coverage on their own. Most, if not all, would choose the inexpensive public option.

And the cycle would repeat. Enrollment in the public option would beget higher private insurance premiums, which would lead to yet more enrollment in the public plan. As people with cut-rate public insurance comprise a greater and greater share of hospitals’ patient loads, their revenues would deteriorate. Many would struggle to keep their doors open. Eventually, private insurers would disappear from the market. The public option would become Americans’ only health insurance option.

Once the government takes complete control of the health insurance market, long waits and rationed care would become the status quo — as is the case in Canada and the United Kingdom.

Joe Biden’s health reform plan lifts from his old boss’s playbook — right down to the empty promises. Obamacare did not reduce the typical family’s premiums by $2,500, as Obama famously promised. And Joe Biden’s public option is not moderate. It’s just a slower walk to single-payer health care.