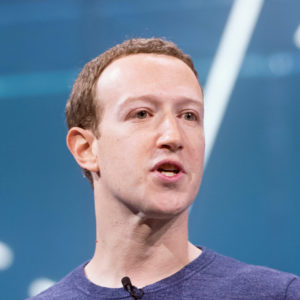 Posted to Technology October 16, 2020 by Thomas A. Hemphill and Syagnik Banerjee

Over the last year, the companies making up America’s “Big Tech” have been confronted by federal and state governments pursuing antitrust investigations.

In late September, the U.S. Department of Justice (DOJ) sent draft legislation to Congress to reform Section 230 of the Communications Decency Act of 1996. In February, the Federal Trade Commission (FTC) began investigating Apple, Amazon, Facebook, Alphabet and Microsoft over antitrust allegations, asking them to provide information concerning acquisitions of smaller companies between the years 2010 and 2019.

Moreover, in September, it was reported that the FTC is preparing to launch an antitrust lawsuit against Facebook, while the DOJ is expected to bring an antitrust action against Google in coming weeks.

In early October, the U.S. House of Representatives Antitrust Subcommittee issued a report that completed its 15-month investigation of the competitive behavior of these technology behemoths.

Also, since September 2019, 50 attorneys general are participating in a multi-state, bipartisan antitrust investigation of Google’s control of online advertising and search traffic.

The proposed Section 230 legislation consists of two categories of reform.

The first includes promoting transparency and open discourse and ensuring that digital platforms are fair to the public when removing lawful speech, as some companies have hid behind immunity to censor lawful speech in bad faith, while acting inconsistently with their own terms of service.

According to the House report, Apple has “high switching costs, ecosystem lock-in, and brand loyalty; uses its control to exclude rivals; finds “pretextual reasons” to remove apps from the Apple App store; engages in “Sherlocking,” i.e., monitoring its App Store; copying the best ideas; incorporating them into the iPhone; and generating “supra-normal profits” from its 30 percent charge from in-app purchases.

The report recommends that dominant technology platforms be banned from entering “adjacent lines of business” and giving preferences to their own services or products.

In September, the U.S. Senate Antitrust Subcommittee held a hearing focusing on Google’s impact on its competitors in the digital ad market, where the company generates the majority of its revenue, but also addressed Republican accusations of Google’s censorship of conservative viewpoints.

“I want to be clear that a private company engaging in censorship on its platform is not a violation of antitrust laws,” said Subcommittee Chair Mike Lee (R-Utah). “Nevertheless, as I pointed out in my letter to your company on this subject, isn’t this behavior evidence of market power?”

Determining whether Google is monopolizing the display ads market by reviewing their ad placement costs is a difficult proposition, because a marketer has a variety of types of tools and ads to choose among, and prohibitive costs in Google display ads can drive them to other forms of advertising, or non-advertising options.

This assertion can be supported by the bigger picture; for instance, since 2000, advertising spending as a share of U.S. GDP has been falling, and since 2010, the Producer Price Index for Internet advertising sales declined by nearly 40 percent. In a product category where greater product-market fragmentation is ongoing, scrutinizing the trends in the overall category is pertinent.

On the issue of content moderation, content integrity, inclusion and diversity are important considerations. Each organization (Google, Facebook) is a dominant player in public discourse, and hence needs to provide space for the thought diversity reflected in American societal values.

At the same time, it is desirable to incorporate “checks and balances” to ensure the platforms are not incentivized to polarize audiences. The ability to leverage accrued data and ideas (applications) for targeting existing audiences and delivering them new values needs to be viewed from the perspective of unfair or deceptive practices.

The use of nomenclature, such as “Big Tech”, often leads to the mantra of “Big is Bad” in the antitrust policy arena. Section 1 of the Sherman Act specifically refers to “unilateral conduct” and “attempts to monopolize or to maintain a monopoly”, and not the mere existence of a monopoly.

The antitrust statutes were brilliantly designed to allow for adaptation through bureaucratic policy and enforcement mechanisms to the technological innovations that eventually provide the foundations for new, disruptive industries. Let the investigative evidence compiled by antitrust authorities guide any antitrust enforcement decisions (and remedies) for “Big Tech” to protect American consumer welfare.