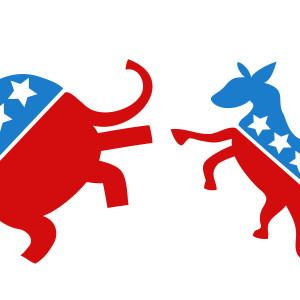 It’s not often that you get a Republican governor, GOP-led Legislature, and Democratic minority to agree on anything. Especially after the contentious 2016 presidential and U.S. Senate race in New Hampshire, which saw numerous attack ads and damaging remarks, it wasn’t clear how the new dynamics at the State House would impact how policy gets done. Despite the expected political battles between the two parties, there have been some rare moments of bipartisanship in Concord.

In the past couple of weeks, there were a few bills making their way through the lawmaking process that saw bipartisan support.

Senate Bill 9 has seen some passionate testimony from advocates and lawmakers who want to strengthen New Hampshire’s rape shield law. It would protect a victim’s “sexual past, interests and predispositions” from being introduced as evidence at all stages of the judicial process, including appeals.

The bill was prompted by the rape and murder of University of New Hampshire student Lizzi Marriott in 2012, whose family had to appeal to the state Supreme Court to prevent details of her sexual past from being admitted during an appeal of the convicted murderer Seth Mazzaglia. The court originally ruled that the information could be made public because the rape shield law didn’t apply at the appeals level. Victim advocacy groups protested the decision and former Democratic Gov. Maggie Hassan, and all four members of the Granite State’s congressional delegation, filed a motion asking the court to reconsider. The court eventually reversed its order.

It passed Tuesday in the House Judiciary Committee on an 11-4 vote. Four Republicans voted the bill was “inexpedient to legislate” because it was too expansive and could remove discretion from courts. Despite those four representatives, this bill has seen supporters from both parties as it makes its way to the governor’s desk.

Sen. Kevin Avard, R-Nashua, introduced the bill in the Senate, where it unanimously passed in the chamber. The night before the panel’s hearing on Tuesday, Gov. Chris Sununu urged the committee to pass the bill in a three-page letter to committee members.

“I encourage legislators to support Senate Bill 9, as passed by the Senate, to help ensure another family does not go through the painful and lengthy legal battle the Marriott family has had to undertake to protect their daughter’s privacy,” he wrote.

The committee was late to start the meeting because House Speaker Shawn Jasper and the House GOP leadership team caucused with the Republican members before the vote. He encouraged them to pass the bill as is without any new amendments.

With House GOP leadership pushing its passage, Sununu weighing in on it, and Democrats supporting the bill, SB 9 is likely to make it into law.

The other bill showing signs of bipartisanship is House Bill 640, which would decriminalize small amounts of marijuana.

The House has passed eight of these bills in the last 10 years, but they were always shot down in the Senate. With Massachusetts and Maine voting in November to legalize recreational marijuana, advocates say 2017 is the year for the state to catch up and it looks like the Senate will get it done.

HB 640, which would allow possession of less than an ounce of marijuana, was overwhelming approved last month by a 318-36 vote in the House. Last week, the bill moved over to the Senate Judiciary Committee and the members heard testimony on the bill.

Passage of the measure in the five-person committee is considered likely. The two Democrats, Sens. Bette Lasky of Nashua and Martha Hennessey of Hanover support the measure. Republican Sen. Harold French of Franklin also approves of it, but his GOP colleagues, Sens. Sharon Carson of Londonderry and Bill Gannon of Sandown, oppose the bill.

When it gets to the full Senate for a vote, Senate Majority Leader Jeb Bradley said he predicts it will pass.

“I think when all’s said and done we will pass decriminalization and I think both sides, the advocates as well as law enforcement, will be able to live it,” he told NH1 News.

The committee is currently debating whether the amount should change from one ounce to half an ounce. Regardless of the amount, Senate Minority Leader Jeff Woodburn said Democrats are willing to compromise.

“I’m certainly going to work to create a majority that can get something passed and get something turned into law,” he said. “I think the larger amount is fine with me but I’m willing to compromise to move the ball forward.”

It’s also expected that Sununu would sign the bill once it reaches his desk. He supported marijuana decriminalization during his gubernatorial campaign. He recently said he prefers the half an ounce amendment, but would let the legislature hammer out the details.

On some education issues, there has also been bipartisan work, especially when it comes to full-day kindergarten. Republicans also supported an effort to kill a school choice bill for the rest of the year. The move was applauded by Democrats, but it’s likely to reappear again in 2018.

This isn’t to say that New Hampshire Republicans and Democrats are working together on everything. Democrats fervently opposed a right-to-work bill that came up earlier this year, and they were also players in the House’s failure to pass a budget. Also, just look at the New Hampshire Democratic Party and New Hampshire Republican Party‘s Twitter accounts. They are often filled with mudslinging tweets at the opposing party. Yet, on several big issues at the State House, it appears both parties can be bipartisan.