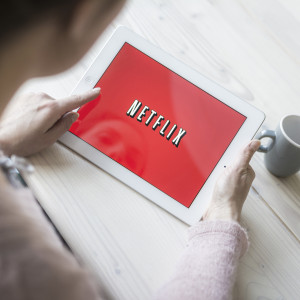 Representatives of the broadband industry filed briefs detailing their court challenges against the Federal Communications Commission’s net neutrality order late Thursday in federal court, where the groups will argue for a repeal of the newly implemented rules regulating Internet service providers as public utilities.

Alamo Broadband and Internet telephone entrepreneur Daniel Berninger filed a second brief to the D.C. Circuit Court of Appeals by the Thursday deadline for challenging the rules, adopted along a partisan 3-2 FCC vote in February.

The rules reclassify Internet service providers (ISPs) as public utilities under Title II of the 1996 Telecommunications Act — authority that originated in the 1934 legislation of the same name meant to break up the Bell Telephone monopoly.

Under those rules ISPs are barred from blocking, throttling or prioritizing web traffic, and from establishing higher-priced deals with individual Internet content creators like Netflix, Amazon or Google-YouTube for faster service — authority lobbyists and ISPs argue in their briefs was usurped illegally, and threatens long-term economic damage to the growing digital economy.

“The order represents an unprecedented transfer of regulatory power to the FCC without a clear warrant from Congress,” USTelecom said in a statement. “By defining the public switched network to reach every device that uses an IP address – everything from mobile phones to cars to refrigerators – the FCC has asserted authority to regulate a massive portion of the entire U.S. economy.”

In Thursday’s brief USTelecom and others allege the FCC reversed years of established regulatory policy illegally based on claims from content creators like Netflix that ISPs including, AT&T and Verizon, purposefully slowed consumer traffic to the video-streaming website in order to extort more money for faster service from Netflix — claims the FCC has no facts to back up, according to the brief.

Since the rules were proposed earlier this year by FCC Chairman Tom Wheeler, the industry has argued reclassification and the uncertainty surrounding the new rules, which allow the FCC to regulate service pricing, will drive down investment in broadband network growth and innovation.

“Reclassifying mobile broadband as a common carrier violates years of FCC policy holding that mobile broadband is an information service and not a commercial mobile service. This change cannot be justified by the FCC’s assertions that mobile broadband’s success [justifies] its regulation as a public utility, or that fixed broadband’s reclassification compels a parallel framework for mobile,” a summary of the brief said of the rules, which also apply to wireless carriers.

The brief cites the FCC’s 2010 Open Internet Order attempt at banning traffic segregation, prioritization and blocking, which was struck down in federal court last year following a challenge by Verizon. Based on that ruling, which states the FCC can’t regulate the traffic of a non-utility information service, the groups argue the FCC has no authority to ban interconnection in the 2015 order.

“The order adopts a vastly expanded regime of Internet regulation, parts of which were not fully vetted by the public because the commission did not follow standard notice and public comment process as required by the Administrative Procedure Act,” the groups said, arguing the FCC should have released the rules to the public for comment prior to voting on their implementation.

“The order is not a culmination of a thoughtful and deliberative process, but one put together in haste and influenced by politics. As the D.C. Circuit has long maintained, ‘an agency may not repudiate precedent simply to conform with a shifting political mood.'”

According to a Thursday report from National Journal, the FCC has been flooded with more than 2,000 net neutrality complaints from consumers since the rules took effect earlier this summer. A number of those complaints accused ISPs of capping users’ data use, slowing their service speeds and charging for exceeding data thresholds.

“It always seems to cap at 30 which is completely unacceptable,” a Comcast customer in Colorado wrote. “It’s frustrating how Comcast thinks they can get away with this. I won’t even go into detail about how slow our Internet was before we upgraded. All I’ll say is that it was far slower than what we were paying for.”

The formally filed complaints are separate from the millions of comments urging the FCC to adopt strong net neutrality rules the agency reported last year.