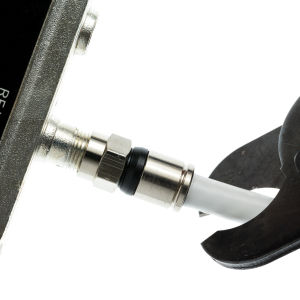 A group representing major broadcasters and Hollywood sided Tuesday with the U.S. Copyright Office against the Federal Communications Commission’s plan to unlock the set-top box, a proposal they say will endanger television and film copyright protections.

NBCUniversal, CBS, Disney and the Motion Picture Association of America are all members of the non-profit Copyright Alliance. The group filed a letter with the FCC Tuesday backing a letter from the U.S. Copyright Office criticizing the FCC’s proposed rules to let third parties, such as Google, build set-top boxes for cable giants like Comcast and Verizon Fios.

The proposal, designed to give subscribers the option of buying a box instead of renting one monthly from pay-TV providers, would pose “serious harms … on the exclusive rights granted to copyright owners by the Copyright Act,” Copyright Alliance CEO Keith Kupferschmid said in Tuesday’s filing.

“Like the Copyright Office, we are concerned that adoption of the proposal would irreparably harm creative professionals, the entertainment industry more generally, and the public at large,” he added.

In an August letter to members of Congress concerned about the pending rules, the Copyright Office said they could interfere with programmers like NBCUniversal’s ability to license their content, since a third-party device maker like Google could transmit the content licensed by a pay-TV provider like Comcast, despite Google never paying to license the channel, show or film.

According to the Copyright Office, the same rules would also give third-party box makers the power to change channel placement and advertising. That could allow Google, for example, to cater certain content to subscribers in the style similar to Netflix, potentially squeezing out underrepresented and minority programmers, and let Google cut into programmers’ profits by offering advertising on the devices themselves, undercutting the need for advertisers to pay for channel time.

The Copyright Alliance echoed those concerns and took aim at digital consumer advocacy groups including the pro-net neutrality group Public Knowledge, a supporter of the FCC proposal. Public Knowledge along with the Electronic Frontier Foundation and others criticized the U.S. Copyright Office’s analysis, which they said dismissed the FCC’s congressional mandate to promote competition in the set-top box market.

Public Knowledge accused the Copyright Office of becoming “dedicated to the interests of some copyright holders,” and as such, sought to misinterpret copyright law by expanding its authority and dismissing the concept of fair use. According to the group, a Google-built set-top box playing back Comcast content is no different than an Apple computer playing content from Hulu.

Kupferschmid pointed to multiple mentions of fair use in the Copyright Office analysis, which states specifically the FCC rules “would enable fair and other noninfringing consumer uses” of pay-TV programming, and that “certain consumer uses of copyrighted video content may qualify as fair uses under copyright law.”

The analysis also made specific mention of the FCC’s congressional mandate to “promote competition and choice in the set-top box marketplace” and noted the FCC itself asked for the Copyright Office’s input, though the office didn’t file comments with the agency.

“The FCC proposal is also bad for the public as it will lead to fewer programming options from which to choose due to the reduction of incentives to create original works,” Kupferschmid said. “Decision-makers should not allow Public Knowledge’s campaign of misinformation to lead them astray – the copyright concerns in the FCC’s proposal are real and glaring, and must be addressed.”

“The [Notice of Proposed Rulemaking] is designed to smoke out these kinds of issues so that you can be responsive to them,” Wheeler told reporters during an August press conference. “Again, that’s what this process is all about — tell us these things, and let us fix them.”