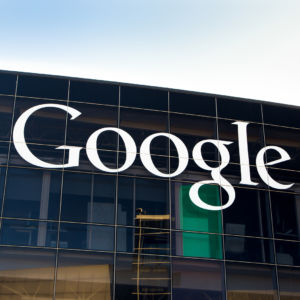 Members of a tech trade group including Google, who stand to benefit from the Federal Communications Commission’s plan to unlock the set-top box by building their own boxes, are not fans of an plan from cable companies to offer their content on apps instead.

The Computer & Communications Industry Association (CCIA), a trade group representing big names in the tech sector including Google, Amazon, TiVo and others, said the app-based approach pitched by cable providers including Comcast as an alternative to the FCC’s plan would do little to change the pay-TV landscape already monopolized by providers.

That plan, proposed by the National Cable & Telecommunications Association (NCTA) earlier this year, suggested pay-TV providers offer their content on HTML5 apps instead of requiring users to rent a set-top box — a plan CCIA said was “light in details and heavy with loopholes” that “largely perpetuates the current non-competitive landscape.”

According to CCIA, the app-based approach would benefit pay-TV providers like Comcast and DirectTV, known as Multichannel Video Programming Distributors (MVPDs), by placing strict limits on the playback of content and forcing users into a single navigation interface, instead of letting subscribers access content over the app through a more open interface designed by a third-party device maker like Google.

As a result, the proprietary app plan could limit search functionality, content recording and custom controls.

“[W]hile aspects of the HTML5 app proposal have merit, HTML5 itself is an inadequate replacement for a ‘native’ application that would run on a media device such as a TV set or streaming media player,” CCIA said. “HTML5 also cannot run on all devices (as noted by Roku in a recent filing with the FCC). When HTML5 can run, the performance and features of HTML5 apps are not up to the same level as embedded applications found in media devices. Thus, the MVPD proposal would result in customer dissatisfaction and rejection of competitive navigation devices in favor of devices provisioned directly from MVPDs.”

In a paper out late last week, CCIA said the FCC and NCTA plans could combine into a plan both parties could agree on.

The group said encryption and secure content delivery standards included in the app plan would protect the video content of programmers from piracy and illegal recording, while keeping third-party box makers from interfering with advertising placement — two of the chief concerns MVPDs and programmers expressed after the FCC dropped its Notice of Proposed Rulemaking (NPRM) earlier this year.

Drawing from the FCC’s plan, CCIA said removing the requirement that subscribers open the app itself to search for and playback content would satisfy the FCC’s goal of promoting competition in the TV navigation device marketplace.

The CCIA approach would let pay-TV subscribers search for and play content on a Google-designed interface, for example, where search results could include content from YouTube, Netflix and Hulu alongside programming from Comcast, for example, instead of forcing users to search and play exclusively within the Comcast app.

“The device then would be open to innovative competitive navigation solutions,” the paper reads. “Otherwise, the only user-initiated recording possible would be to the ‘cloud’ on an entirely permissive basis by the MVPD, and it would be subject to playback and viewing restrictions, controls, and additional fees on a basis entirely discretionary with the MVPD. This would be a large step backward from present CableCARD operation and even from the VCR world of the 1980s and 1990s that preceded DVRs. These freedoms to record, enjoyed by consumers and upheld by courts, would be recaptured by content providers and MVPDs.”

Advocacy groups have previously noted Google’s outsized influence at the FCC as the firm has received a long string of policy victories and has been touted by Chairman Tom Wheeler as a beneficiary of the proposed set-top box plan.

In August the U.S. Copyright Office sided with Republicans and Democrats in Congress and at the FCC over concerns the plan wouldn’t protect programmers’ copyright and advertising from manipulation by third-party device markers.

In its paper, CCIA proposed using digital certificates, much like those used to tell a user a website is secure, to verify third-party device makers are complying with contractual obligations to protect and transmit content and advertising in agreed-to terms with MVPDs.

“Offending devices could be blocked or deactivated by properly identifying them in a secure manner (e.g., subject to standard due process procedures, the offending device could be subject to having its digital certificate revoked),” the group said.

CCIA President & CEO Ed Black said “third-party devices should not be expected to compete on an unlevel playing field.”

“The concerns expressed by opponents of the FCC plan to unlock the box can be remedied with existing technologies, security and certification practices,” Black said in a statement. “For example, consumers have confidence in online shopping or banking on websites that have a ‘lock icon’ that signals a ‘secure’ website rather than an ‘imposter’ site, and that can be done here, too. A digital certificate from a certified authority for third-party set-top boxes would allow the FCC to protect stakeholders and unlock the box.”

Further concerns about the current proposal may be more difficult to remedy. Minority programmers and the Congressional Black Caucus have expressed concerns of being marginalized under the new rules.