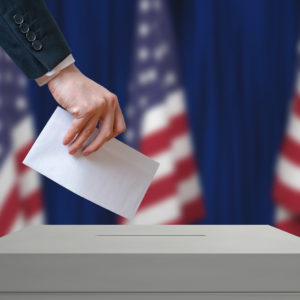 The National Retail Federation (NRF) issued a letter to federal officials Wednesday asking them to rescind a recent rule which speeds up union elections.

Former President Barack Obama oversaw a very active administration when it came to labor policy. The purpose was to better protect workers by strengthening regulations and unions. The National Labor Relations Board (NLRB) ushered in changes to union election procedures in those years which critics have called the “ambush election” rule.

The ambush election rule was one of a handful of major labor reforms from the previous administration when it became effective April 2015. The rule shortens the amount of time union elections are held from a typical 38 days to as little as 10 days. The NRF is calling on the board to end the rule outright, or at least make significant modifications.

“The Election Rules have disregarded basic notions of due process; they have impacted the ability to properly determine the appropriateness of the bargaining unit; and they have imposed obligations that interfere with basic privacy interests of employees,” NRF senior vice president David French said in the letter. “We believe that the Election Rules should be rescinded and the process that existed prior to their implementation restored.”

President Donald Trump entering office has meant a dramatic shift away from the agenda pursued by the last administration. The NLRB remained stalled for much of it with the five-member board split between his picks and two from his predecessor. It was titled back in his favor when John Ring was confirmed as the fifth member April 11. The agency opened up public comments in recent months on whether it should end or change the ambush election rule.

The NLRB argued during the previous administration that the changes were intended to better streamline the process. The rule was designed to encourage a fair and expeditious process by removing unnecessary barriers. It was also intended to increase transparency and uniformity across regions while reducing litigation and delays.

“The NLRB’s election system is working well under the Election Rule and should not be overturned,” Economic Policy Institute labor law director Celine McNicholas said when submitting comments to the board. “This attack on working people is unfortunately nothing new. It comes from the same corporate playbook that has worked to push anti-union legislation across the country.”

The ambush election rule has still attracted plenty of critics despite support coming from the left and labor movement. Republicans and the business community have argued that the policy allows unions to organize a workplace before employees really have the chance to understand the implications of being unionized.

The NRF also pointed to specific issues with the policy that it’s asking the board to address if it’s unwilling to scrap it outright. The business group argues that the rule avoids determining the supervisory status of employees before an election and it doesn’t allow for post-hearing briefs despite the short time, among other issues.

President Trump did have a majority on the board for a handful of weeks late last year. The NLRB decision to rollback an updated version of the joint-employer standard became one of the more critical changes it made during that time. But the board later vacated the decision Feb. 26 over a possible conflict of interest involving board member William Emanuel.