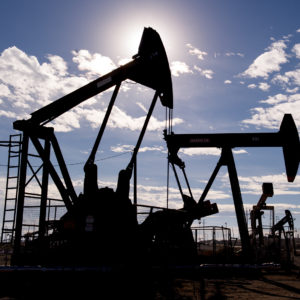 One of the first American oil booms was in California, where oilmen helped to build Bakersfield. In the century that has passed, the state has come to take a different opinion of fossil fuel development, particularly fracking. Already seven counties have banned fracking, and California environmentalist groups have for years fought against allowing drilling permits on federal lands. Now, California is showing the limits of what the Trump administration can do through executive actions to promote energy development in the U.S. A federal judge banned fracking on 1 million acres of public land in California pending the results of an environmental impact study, putting Bureau of Land Management lawyers in the position of arguing that the Bureau had authority to regulate fracking, but was opting not to enforce an Obama-era policy.

The BLM had been fighting for several years to allow public land in California to be leased to energy development companies. The latest decision shows that, despite having an administration that promotes American fossil fuels, the fight to promote energy development in America is not yet over.

In a statement on Friday, attorney Greg Loarie, who represented the Center for Biological Diversity and Earthjustice, said that the green groups hoped the judge’s ruling would be “the final nail in the coffin” for fast-track fracking decisions in California.

“This is a big victory for California and a major blow to Trump’s plan to turn our public lands over to oil companies,” said Brendan Cummings, the Center’s conservation director. “Despite the petroleum industry’s stranglehold on the White House, these beautiful wild places are still off limits to drilling and fracking. That protects our water, wildlife and climate from fracking pollution.”

The Center for Biological Diversity has been involved in a number of different lawsuits to protect land and water in California. In early April, they sued the city of San Bernardino Municipal Water Department and the city of San Bernardino over a wastewater treatment plan that the center claimed would harm fish. Critics, however, say that the Center’s lawsuits impede development, hurting the area economy.

The immediate impact of the decision is uncertain, however. The BLM has not had a lease sale in California since 2013. Over the weekend, the BLM reached an agreement with environmentalist groups that would keep leasing off the table until the Bureau had completed a new resource management plan. The BLM must also prepare a supplemental environmental impact statement correcting National Environmental Policy Act violations. These violations were noted as part of an earlier lawsuit also seeking to stop fracking in California. Specifically, the supplement statement must address fracking’s potential impacts on groundwater quality and the public health as well as the possibility of groundwater contamination from chemicals used in fracking.

The court decision shows the limits of what the Trump administration can accomplish to promote energy development through executive action. The lawsuit between the BLM and the environmentalist groups began last fall, when U.S. District Judge Michael Fitzgerald halted a plan to open more than 1 million acres of public land and mineral estate in central California to drilling and fracking.

In March, the administration announced that it was planning to repeal a 2015 rule passed by President Barack Obama that set standards for hydraulic fracturing on federal land. At that point, Justice Department lawyers wrote in a filing with the 10th Circuit Court of Appeals in Denver that the BLM and the Interior Department had been reviewing rules as part of a White House policy ordering agencies to reduce burdensome regulations.

Environmentalists bemoaned the decision, fearing that it would reduce safety standards and lead to more water and soil contamination. Ironically, the order has made it more difficult for BLM lawyers to argue against the environmentalists. As the case proceeds through the 10th Circuit court, the BLM is left arguing that it, rather than the state, has the authority to regulate fracking on federal land, but that it does not need to defend the Obama-era rule.