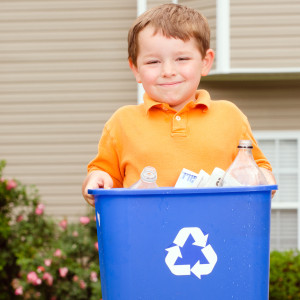 Can We Teach Our Kids This As Being Important?

Spent much time around grade school kids these days? These youngsters can come from virtually anywhere in the United States, from varying economic backgrounds and of any race or ethnic background. Here is my bet: They can recite from rote memory a handful of “we hold these truths to be self-evident” on topics that may surprise you.

Try getting into an automobile with a 12 year-old and not buckle up. You will instantly hear about the dangers of driving without using your safety belt. From the time they started pre-school, teachers have repeated this “truth” as though to neglect it is to turn your back on civilization as we know it.

Done drinking that can of soda? Just think about not putting it into the recycling bin. Nobody denies there are certain benefits from actively recycling. That is not the point. Rather, kids positively know what is “right,” because our education system pounds it into their brains in an unrelenting fashion.

So, is there any chance we might try to implement the same approach when it comes to poverty, instead of listening to the media elite and various poverty pimps pontificate on how “complex and intractable” poverty is in the United States?

Suppose you only did three things. You graduated from high school. You did not get married until the age of 20. You did not have children until you were married. Do all three and your odds of escaping poverty are 92 percent according to the 2012 findings of William Galston, a former advisor to President Clinton.

What if you do none of these three things? Your odds of living above the poverty line go down a lot. You have a 79 percent chance of being in poverty.

No serious adult argues that simply because smoking levels are higher among African Americans than the population at large that we ought not to discourage young African Americans from smoking. Nobody argues it is a “cultural” issue or that being strongly opinionated on the matter is racist.

Simply because the frequency levels for dropping out of high school, or having children out of wedlock, even getting married at an early age, are higher among minority groups than among whites should not, in my view, result in not making sure all children are taught that graduating from high school is a good thing, or that waiting awhile to get married makes a lot of sense, or that having children only when married is a big plus in so many ways.

What would be so terrible about having children of every race, region, and background be just as sure that “Three Things That Count” (graduate from high school; wait to get married; and, have kids only if you are married) come off their tongues with as much frequency and certitude as what they have to say about recycling?

If we want to actually get serious about reducing poverty, we have to be willing to tackle some tough truths. One of those truths needs to be the recognition that what we teach these kids might not match their own situation in whatever home setting they occupy. We should make certain to be communicating this information in a factual fashion, avoiding the tones of judgment that we see on some of the other topics surfaced. A degree of compassion has to be front and center for those on the “wrong side” of our “Three Things That Count.” This should not diminish the commitment we have in driving home the facts and the reality of what they mean.

It will be a lot easier to elevate the hopes and dreams of all our children, if they know—from the time they begin to be in school—some of the keys to giving themselves a chance to succeed. “Three Things That Count” can be a good start in that direction.