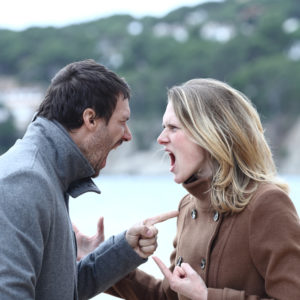 Can We Talk? If it’s Politics, Probably Not

Can we talk about it?  If the topic is political in nature, increasingly, the answer appears to be no. The recent impeachment debate is but the most recent example of this. For liberals, and the overwhelming percentage of the mainstream media (MSM), failure to accept the conclusions they have reached is a demonstration of willingly ignoring the truth — proof of your lack of integrity.

The logic used is so circular in nature, it renders respectful discourse impossible.  The difference between agreeing with them constitutes the difference between being right versus being wrong on the topic.  The basis for them being right is that they are for good things, and we are for bad things.  Finally, the explanation for them being for good things and us being for bad things is that basically they are good people, and we are not.

This approach is hardly limited to the topic of impeachment. Washington Post writer, E.J. Dionne, authored a piece “What unites Trump apologists.” His basic conclusion is that anyone who does not embrace his conclusions, his arguments, is guilty of attempting to impose minority rule on the nation. In his view, if you favor measures to reduce voter fraud, this is nothing less than a blatant attempt to suppress votes from groups who do not favor Republicans — in specific minority voters. In his view, voter fraud is “mythical.”  The fact that multiple serious authors, such as John Fund, have documented repeated, significant, and multiple instances of voter fraud is simply ignored.

When it comes to the Electoral College, that too is nothing more than the desire of the minority (Republicans) to prevail over the majority (Democrats). The new obligatory attack on the United States Senate as being an institution where “the most populous and diverse states are underrepresented” is tossed in for good measure.

Any notion that the Electoral College and U.S. Senate were included in the Constitution so as to assure the larger, most populous states did not run roughshod over the smaller, less populated states is not to be entertained, much less subject to conversation.

When it comes to white Evangelicals support for President Trump, “it makes little moral sense for the followers of Jesus to support a man like Trump.” The fact that Evangelicals of color tend to vote Democratic is proof to Dionne that “more than theology is at work here.” There is no chance in the world, of course, that when Democrats insist on taking the word “God” out of their platform that Evangelicals might feel more welcome in the other party.

The point of all of this is not to insist the conclusions I have reached on various topics are right. The point is to urge a stop to circular logic used by liberals that allows them to feel so good about themselves while, at the same time, providing a certitude my side has to be wrong. If it is so abundantly clear that my arguments do not hold water, then why fight, at every single turn, any inclusion of the facts and logic I am using to advance them.

To be dismissed out of hand for refusing to apologize for having a different point of view is beyond insulting. It is infuriating. And, for whatever it is worth, every bit of research (and just spend 10 minutes watching a focus group of rural voters) underscores that being told you are wrong on the topic, wrong because you want bad things, and want bad things because you are essentially a bad person is not a winning formula for liberals among these Americans.

Of course, the worst of it is that, more and more, we see the wise, urban elite adding a new element to things. What is it? Simply that those of us who do not agree with them, don’t live where we should be living, and continue to resist their agenda can just go to hell.

Tell me again which ideology, which party, it is that is open to a real conversation on things. Can we at least talk about it?

It would be a nice change.