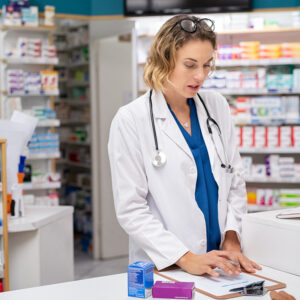 Charting a Course to Protect Consumers at Pharmacy Counters

There is an Inspector Clouseau quality to how Washington policymakers address the challenge of high prescription drug prices. For years, elected officials have demanded that action be taken to bring down pharmaceutical costs. And yet, even though they have the evidence right in front of them as to the parties that bear considerable responsibility for this problem, no meaningful reforms have been enacted.

The recent decision by the Federal Trade Commission to investigate pharmacy benefit managers — PBMs or “middlemen” — will shine a much-needed spotlight on this vastly unregulated industry. Regulatory agencies and Congress have signaled a renewed commitment to curtail what PBMs are doing to patients, consumers and community pharmacies to address escalating drug prices and provide Americans with access, choice and affordability when it comes to buying the medicines they need.

In my years as an antitrust enforcer for the Department of Justice and the Federal Trade Commission and as a public-interest antitrust attorney, rarely have I seen an industry have such freedom to engage in anticompetitive, deceptive and fraudulent behavior as the three PBMs that control 80 percent of the prescription drug marketplace. They significantly increase drug costs and drive independent pharmacies out of business with virtually no antitrust enforcement, oversight or regulation.

PBMs were created to be honest brokers, using their market leverage to negotiate with drug manufacturers for lower prices. As the PBM market has consolidated and enabled three companies — CVS Caremark, Optum Rx and Express Scripts — to grow increasingly powerful, the original goal has been cast aside to increase their profit margins. Even though these companies create no products and provide no healthcare, they reap combined annual profits of more than $28 billion by acting as middlemen in the prescription drug supply chain.

This system in its current form is clearly doing serious harm and needs significant reform. There are three aspects of the PBM market that warrant action from lawmakers and regulators:

—The tight oligopoly that exists when three companies have dominant control over the marketplace creates a paradigm in which they hold enormous market power over manufacturers, payors and consumers. Thus, as drugs progress from factory to pharmacy, PBMs are seizing a greater share of the money flow along the way. PBM profits have doubled in the last decade, and more of the increase in spending on brand medicines has gone to PBMs and health plans instead of patients in copay caps or passthrough rebates.

—There is virtually no transparency in PBM dealings. Payors are prevented from knowing the amounts of rebates PBMs have secured from manufacturers. And even though Congress prohibited PBMs from imposing gag clauses on pharmacists, preventing them from telling beneficiaries of federal health programs about lower-cost alternative medicines, this mandatory silencing of pharmacists is still taking place, and consumers are being victimized by PBM profiteering.

—There are obvious conflicts of interest being exploited by PBMs. Because these middlemen charge fees based on a drug’s list price, they have a financial interest in encouraging the use of the most expensive medicines in each therapeutic class. And because they control the drug formularies that restrict what doctors can prescribe for their patients, they can and do block the use of lower-cost generics and biosimilars to force greater consumption of high-priced drugs. Moreover, because the three dominant PBMs also own their own specialty pharmacies and, in the case of CVS, the largest retail pharmacy chain, they have an interest in steering patients to their own pharmacies and discriminating against independent community drugstores. Through “take it or leave it” reimbursement contracts, fees and profit clawbacks, the PBMs have successfully driven many of these pharmacies out of business and done actual harm to the communities that depended on them.

It is clear that PBMs should no longer operate in a regulation-free zone. As FTC Commissioner Lina Kahn said during a recent webinar, today’s PBM environment is not inevitable. It stems from decisions that were made that can be remade.

If the FTC and Congress genuinely want to reduce prescription drug prices and help consumers, new laws and regulations are needed to specify certain practices that are unfair, deceptive and anticompetitive. Policymakers should mandate that negotiated rebates be passed along to payors and patients, that PBM compensation should not be tied to the price of drugs, and that schemes blocking access to lower-priced drugs be banned. Further, the discriminatory practices against community pharmacies should be halted immediately before more populations lose an invaluable healthcare resource.

Political rhetoric about drug prices is not a remedy for Americans who have to decide between food and medicine. It’s time to chart a new course to protect consumers at the pharmacy counter.