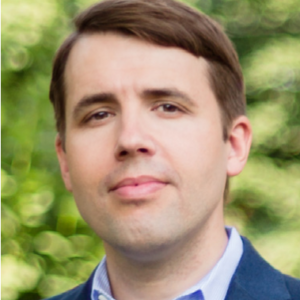 In July, New Hampshire Rep. Chris Pappas became the first Democrat representing a Trump district to endorse an impeachment inquiry into the president. But now that actual articles of impeachment are under consideration, Granite Staters are asking: Where’s Chris?

While many of his fellow Congressional Democrats have declared their support for impeachment — including New Hampshire’s other member of Congress Rep. Annie Kuster who called Trump a “clear and present danger”  — Pappas remains noncommittal. “I will review these articles and the underlying evidence further before this moves to the House floor for a vote,” Pappas said in a statement to WMUR. “I remain committed to considering the unbiased facts of this case with the thought and care that this moment requires.”

That’s a far cry from Intelligence Committee Chairman Adam Schiff’s (D-Calif.) statement that “the evidence of the president’s misconduct is overwhelming and uncontested.”

Not only has Pappas refused to give his position on impeachment for months, he hasn’t even posted a public statement on his website or social media feed about the articles of impeachment. A search of his official website came back with zero hits for “impeach.” In fact, after declaring his support for an inquiry in July, the freshman congressman has gone virtually radio silent on the issue, declining repeated requests for comment.

All of which adds to speculation that, however impeachment plays out in Washington, DC, it may not be a winner in New Hampshire.

While there’s no publicly-available polling data from the NH-01 congressional district on impeachment, polls indicate that among swing and independent voters in states like New Hampshire, support for impeachment has fallen since Speaker Pelosi announced her decision to back the inquiry.

According to The Washington Post, a poll of eight key battleground states (including New Hampshire) found only 44 percent of voters supported impeachment while 51 percent opposed.  “And national polls since the start of public hearings show independents are now divided: 42 percent in support and 44 percent opposed,” the Post reports.

In fact, the same day Democrats announced their two articles of impeachment, a new Quinnipiac poll was released showing “slightly more than half of all registered voters, 51 percent, think that President Trump should not be impeached and removed from office, while 45 percent say he should.” It’s the highest level of opposition to impeachment since September, Quinnipiac says.

Meanwhile, Morning Consult reports that the state where Trump has enjoyed the biggest jump in support since the impeachment inquiry began is New Hampshire — he’s had a seven-point spike. President Trump is still underwater in the Granite State, but given that he carried Pappas’ district in 2016, it’s likely the increase in support is disproportionately in NH-01.

Republicans apparently think so. Pappas is on the list of seats targeted by the GOP in 2020, and the RNC isn’t wasting any time calling him out.

“By siding with Nancy Pelosi and the socialist squad in pursuing this baseless impeachment witch hunt, Chris Pappas is clearly ignoring the will of his constituents. New Hampshire’s First Congressional District supports President Trump and will hold Pappas accountable in 2020 for choosing party over people,” RNC spokesperson Nina McLaughlin told NHJournal.

The GOP also points to polls showing independent voters oppose Democrats’ efforts to remove President Trump from office by a 13-point margin. Those are the voters who will determine the outcome in the 31 districts Trump won but are currently represented by Democrats in Congress.

The three Republicans planning to run against Pappas believe impeachment will help their cause.

“Voters I talk to tell me this is a transparent attempt to overturn the will of the people because Democrats don’t like Trump,” said attorney Matt Burrill of Newton, N.H. “I think it’s a ‘fill-in-the-blank’ impeachment. They were going to do it no matter what.”

Former NH Republican Party vice chair Matt Mayberry called impeachment “an absolute waste of money, time and effort,” adding, “I am extremely confident that we will spend the next year talking about Mr. Pappas’ voting record, especially in regards to impeachment.”

And former White House advisor Matt Mowers said, “Chris Pappas will follow the radical socialists in Congress off the ledge every time in order to support Nancy Pelosi — even if it means neglecting the needs of New Hampshire families.”

Democrats dismiss the idea that Pappas is in any trouble, pointing to Trump’s dismal numbers in New Hampshire and Pappas’ eight-point victory in 2018. At the same time, New Hampshire’s First CD is one of the “swingingist” districts in the country, flipping between GOP and Democratic control five times since 2006.

Since July, New Hampshire Journal has been asking Rep. Pappas the same question: What is your message to the voters in your district who backed Trump in 2016, and whose votes would be overturned by impeachment?

For five months, he has declined to give an answer.

Perhaps Pappas is reluctant to talk about impeachment because he doesn’t have one.