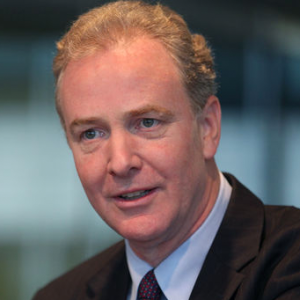 Chris Van Hollen and the Perilous Politics of ‘Getting Things Done’

The Washington Post editorial board continued to boost Rep. Chris Van Hollen in Maryland’s Democratic Senate primary last week, casting support for the liberal lawmaker as “a vote for getting things done.”

There was fulsome praise for his pragmatism, with words like “savvy” and “strategic,” all part of an argument that Van Hollen can actually achieve his aims through Capitol Hill dealmaking while his farther left rival, Rep. Donna Edwards, is hindered by rigid ideology.

None of this will move committed Edwards backers, who admire the congresswoman as both a purer progressive and a black woman whose lived experience, including single motherhood, is sorely lacking in the Senate. Edwards is putting these identities front and center in her fight against Van Hollen, who is white, for the April 26 election. She’s hoping Marylanders want another female representative to succeed Sen. Barbara Mikulski, the first Democratic woman ever elected senator in her own right.

Still, the Post editorial is instructive, framing this race at least in part as a referendum on Van Hollen’s willingness to compromise with Republicans. It’s one of the most competitive political campaigns in the country this year, and may turn on whether Democrats excuse the congressman for stances such as support for free trade and apparent openness to social security cuts in a bipartisan budget deal.

“It’s important to know when to fight and when to find common ground,” he has said, addressing the camera directly in an early television ad.

Yet Van Hollen is a textbook case of why that’s easier said than done.

In his favor is the fact that Democratic voters do like the idea of bipartisan cooperation. According to a national Associated Press poll last year, they “want their own party’s leaders to compromise with the other side rather than stick to their principles at the expense of passing legislation, 76 percent to 23 percent.” They’re similar in this way to independents and distinct from Republicans, who tend to value sticking to principle above all else.

At the same time, politics is increasingly polarized in 2016, and while Democrats haven’t moved as far left as Republicans have moved right, there’s a growing assertiveness of populist progressives. It’s evidenced by the Democratic presidential primary between Hillary Clinton and Bernie Sanders — who certainly offers a lurch to the left — and it’s true in deep blue Maryland.

Consider that Van Hollen has spent the campaign running away from the idea that he put benefit reductions on the table, saying comments he made during heated negotiations were taken out of context. The congressman wants the mantle of bipartisanship — “[W]e can’t allow division in Washington to block all progress for working families,” he said March 18 on WAMU’s Kojo Nnamdi Show — but understands fully how any deviation from liberal orthodoxy imperils him.

As the Post’s cheerleading makes clear, there’s plenty to recommend Van Hollen in a race polls show as a dead heat. An NBC4/Marist survey last week had him ahead, and his message of delivering results is bolstered by the Post calling Edwards “notorious for inattention to constituent services.”

The question is whether voters see ideological purity and identity politics as preferable to legislative accomplishment, especially when it violates their values. It’s easy to imagine they might, which could portend quite a bit for the Democratic Party going forward.