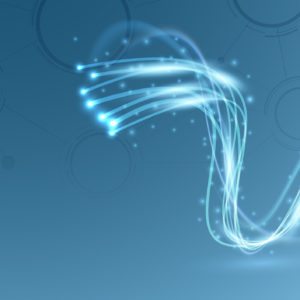 Posted to Technology May 03, 2017 by Giuseppe Macri

West Virginia Sen. Shelley Moore Capito introduced a bill Wednesday that encourages companies to bring gigabit internet speeds and new tech startups to some of the poorest and most rural regions of the country.

Capito’s Gigabit Opportunity Act (GO Act) would give tax breaks to internet service providers (ISPs) for building gigabit internet infrastructure in low-income and rural communities, as well as streamline the state and local permitting and other regulatory red tape companies have to work through to build out networks.

“The economic benefits of broadband are clear, especially in West Virginia,” Capito said. “Investments in broadband in our communities, coupled with smart public-private partnerships, can jumpstart economic development and create jobs. The GO Act gives states flexibility, streamlines existing regulations, and eliminates barriers to investment so we can better connect our low-income and rural communities.”

The idea behind the legislation, right down to the name, originated with FCC Chairman Ajit Pai. Last September, then-Commissioner Pai unveiled a plan to create what he dubbed “gigabit opportunity zones” in areas with average incomes below $40,243. In exchange for building networks boasting 1,000 megabits per second download speeds — which exceeds the FCC’s broadband definition of 25 Mbps and the U.S.’s average of 31 Mbps — ISPs would qualify for federal tax incentives, and be able to expense all capital spending associated with bringing such service to residents and businesses.

Following Capito’s announcement Wednesday, Pai described the GO Act as “an important step toward closing the digital divide, and one that has my full support.”

“Next-generation networks are increasingly critical to economic opportunity, job creation, and civic engagement,” he continued. “But too many parts of rural and urban America can’t attract the investment needed to deploy those networks. With targeted tax incentives and regulatory streamlining, the GO Act aims to remove the major barriers holding back internet access in economically challenged areas.”

Pai drew up the idea after touring low-income and rural areas across the country to hear the plights of those without high-speed service, including in West Virginia at Capito’s invitation.

According to a recent FCC study, 34 million Americans lack access to high-speed internet. That accounts for 10 percent of all Americans nationwide, primarily in rural areas, compared to only 4 percent who lack access to a wired broadband service provider in urban areas. In rural and tribal areas, almost half the population — 41 percent — have no access to broadband, defined by the FCC as a minimum download speed of 25 megabits per second and upload speed of 3 Mbps.

Capito’s bill directs the FCC “to release a framework that encourages states, counties and cities to voluntarily adopt streamlined broadband laws and be designated as a ‘Gigabit Opportunity Zone.'”

Pai has already begun working within the FCC to encourage broadband deployment, his self-described top priority for the agency, and he has pledged to work with Congress on enacting the GO Act.