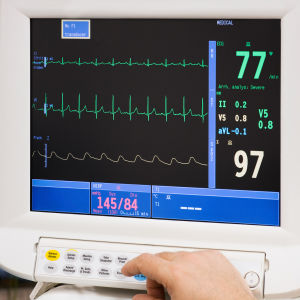 Lawmakers are asking the Federal Communications Commission to delay a vote this week on part of the agency’s upcoming spectrum auction allowing unlicensed WiFi-equipped devices to share airwaves reserved for smart medical devices — a move representatives and hospitals say could endanger the health and safety of patients.

“[T]he broadcast incentive auction is a very complex endeavor with multiple moving parts that all must work together — for consumers, broadcasters, wireless carriers, and in this case, for thousands of patients that rely on life-saving wireless medical technology every day,” a group of 16 lawmakers including Reps. Greg Walden and Bob Latta, chairman and vice-chairman of the House Subcommittee on Communications and Technology, wrote to the FCC Friday.

The FCC is scheduled to vote Thursday on whether to allow unlicensed devices to share TV white space, or spectrum unused by licensed services like television broadcasting, originally set aside for wireless medical devices — one of a number of proposals the FCC is considering to stretch available airwaves for the growing wireless economy and the Internet of Things ahead of next year’s spectrum auction.

An FCC oversight hearing in the House discussing the auction touched on the issue last week, where the American Hospital Association submitted a statement warning lawmakers that opening those frequencies to other devices threatens interference with crucial medical technologies.

“The creation of the WMTS was a direct result of concerns raised over how electromagnetic interference with wireless medical telemetry equipment can affect patient safety,” the AHA said in a statement to the House Communications and Technology Subcommittee last week while asking for more time to work on a compromise with stakeholders.

The nearly 5,000 hospitals, healthcare systems and organizations that make up the group pointed to a 1998 incident in Dallas, where local television station WFAA knocked low-powered heart monitors offline at the nearby Baylor University Medical Center while testing a new digital television transmitter.

While no one was was hurt, the disruption put patients at risk of injury and even death, according to AHA, which reports more than 360,000 WMTS patient monitors in U.S. hospitals since 2000.

More than 150 hospitals in over 40 states have submitted comments to the FCC highlighting the possible dangers posed by interference, including three hospitals that have reportedly demonstrated how unlicensed devices operating in TV white space have already affected WMTS systems at power levels and distances designated safe by the commission.

Lawmakers joined with the AHA in asking Chairman Wheeler to delay a vote on the proposal for three months, and give the AHA and spectrum stakeholders more time to work out a compromise.

“We urge you not to rush any of the highly technical decisions that must be made before considering all of the facts, particularly when patient safety is at issue and when a short delay to enable continued stakeholder discussions will in no way delay the start of the auction,” lawmakers wrote.

The FCC will vote Thursday on a number of rules for next year’s spectrum incentive auction, when wireless carriers will bid on spectrum bought back from broadcasters to feed the U.S.’s growing demand for heavy bandwidth mobile services like video streaming and photo uploading.

Other high-profile items on the spectrum agenda include a plan to place TV stations in the “duplex gap” — the airwaves that separate mobile data uploads and downloads, which wireless carriers and broadcasters worry could cause interference problems, and a petition to increase the amount of spectrum reserved for bidding by smaller carriers like T-Mobile.