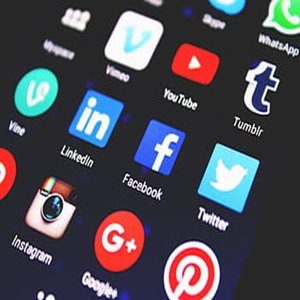 Over the past two years, lawmakers in Washington have turned their attention to reforming competition and antitrust laws, concerned that big tech companies have abused their market position. One of the most troubling proposals currently under consideration is Reps. Hakeem Jeffries and Ken Buck’s Platform Competition and Opportunity Act (PCOA) that, if passed, would prevent big tech companies from acquiring smaller start-ups. While PCOA aims to protect consumers and small businesses from big tech, the bill’s provisions would ultimately inflict unnecessary harm onto consumers and disincentivize start-up innovation.

Both Jeffries and Buck erroneously believe barring start-ups from being acquired by big tech would strengthen the economy. Jeffries has argued that “[PCOA] will help make a stronger online economy to benefit all Americans.” Likewise, Republican Buck maintains Apple, Amazon, Facebook, and Google have “prioritized power over innovation and harmed American businesses and consumers.” Unfortunately, bipartisan agreement and a companion Senate bill may raise the likelihood the measure will become law and could erode U.S. technology leadership, damage start-up ecosystems, and impair consumer welfare.

Prohibiting big tech platforms from acquiring smaller start-ups will disrupt the technology industry ecosystem and hinder future innovation. A 2020 survey revealed that 58 percent of U.S. start-ups expect to be acquired, and acquisition is a principal incentive for why start-ups are even founded. In turn, the profits made from acquisitions enable entrepreneurs to create more start-ups and develop more innovative products for consumers. If big tech platforms are prohibited from acquiring start-ups, entrepreneurs will be disincentivized from building and investing in innovative products and services. The result would entail a less innovative and more stagnant economy.

Bettina Hein, a serial software entrepreneur, warned about the dangers of limiting the ability of big tech firms to acquire start-ups and that “[t]hriving entrepreneurship is critical to a strong and growing economy. But the incentive to take the personal and financial risk of launching a company is now under threat.”

Start-ups create jobs and drive economic growth by providing innovative products and services. Currently, start-ups create over 3 million jobs in the U.S., accounting for 7.9 percent of wage and salary jobs. Start-ups also pay their employees, on average, $80,000 per year, well above the U.S. median salary of just $35,000 per year. Ultimately, start-ups contribute immensely to the economy and consumer welfare.

Advocates of more competition rules have failed to acknowledge how mergers and acquisitions have benefited consumers. For example, consider Facebook’s purchase of Instagram for $1 billion in 2012 and Whatsapp for $19 billion in 2014. After Facebook acquired WhatsApp, it promptly dropped download and subscription fees, effectively eliminating the cost for users. As a result, 75 million consumers could utilize WhatsApp’s encrypted messaging service for free.

Under PCOA platforms with more than 50 million monthly active users or a market value of over $600 billion would be prohibited from acquiring competitors. Google, for example, would have been prohibited from acquiring Android for $50 million in 2005. Google’s acquisition of Android allowed it to remain in business despite financial difficulties. Since the acquisition, Google has offered over 129.1 million people the opportunity to buy smartphones for as little as  $100 in 2020, with no commitments or subsidies. Such an acquisition has paved the way for greater competition in the smartphone market. Without it, consumers would have had fewer and more expensive choices.

If passed, the bill would represent one of the most significant re-writes of the U.S. antitrust law. Unfortunately, such a radical re-write would inflict significant harm on the U.S. economy by limiting innovation and the creation of new jobs. Advocates of PCOA ignore the reality that mergers and acquisitions have delivered tangible benefits for American consumers.

Washington should not try and fix something that is not broken.