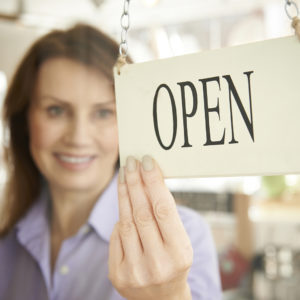 Rep. Bradley Byrne: A Plan to Save Franchises

Republican Rep. Bradley Byrne is fighting to permanently rollback a policy change from the previous administration that has become a major point of contention.

The Save Local Business Act was proposed to address concerns over what is known as the joint-employer standard. The policy determines whether an employer is legally and financially responsible for the employees of a company it contracts with. The standard became the center of a major policy fight when it was updated in recent years.

Byrne, who introduced the bill, notes it was one of the first issues he encountered after entering office in 2014. The legislation is intended to clarify the law so future administrations can’t make such dramatic changes again. It is also written to fix an even greater underlying problem which has allowed for a patchwork of legal interpretations.

“I think this is a huge issue,” Rep. Byrne told InsideSources. “Not just for the businesses themselves, but also for our communities, the nation, and the economy. So I do believe strongly that we do need a legislative fix here. I think what we did was pretty common sense, which was going back to the definition that has existed for decades. We get it locked into law so we don’t have to go through this again.”

Former President Barack Obama oversaw many changes to labor law during his time in office with the updated joint-employer standard being one of the most significant. The National Labor Relations Board (NLRB), at the time, defended its decision to change the standard as a needed update that better aligned with what the law intended.

The NLRB decision drew considerable attention with the change being so drastic. The business community and other critics denounced the updated standard as a dangerous overreach of federal powers that went beyond what the law intended. They also argued the updated standard created a lot of uncertainty for businesses because it was so vague.

“It was creating confusion that just wasn’t necessary,” Byrne said. “Anybody who goes to work needs to know who their boss is, who is responsible for what they do, and for them and their safety. And this just injected some confusion that was unnecessary. It was actually going to make things much worse for employees.”

The updated standard, in the minds of critics, also highlighted an even bigger problem with the law itself being unclear. The law has allowed for a patchwork of legal interpretations from courts and federal agencies. The bill wouldn’t just rollback agency interpretations – it’s also intended to rein in the many different interpretations already out there.

“We needed to have a legislative solution to it,” Byrne said. “So we put together a bill that made clear we were going back to what has been the definition of joint-employer for decades so that everyone was clear and understood it was the person who has direct and immediate control over the employee is the employer.”

“Now there are limited times when there is more than one person exercising direct and immediate control,” Byrne said. “In that case, you’ll have a joint-employer situation. Those are rare and they should be for a lot of different reasons. So we put together legislation, we were able to get bipartisan support for it and pass it out of the House. It’s now pending in the Senate.”

President Donald Trump has upended many reforms from his predecessor with the joint-employer standard now all but dead. His administration has already reversed the update but the next administration could shift course again. Byrne notes legislation is needed to solve that problem by making it clear what the limits of the law are.

“The NLRB has issued its recent decision and that’s good, that’s helpful,” Byrne, who previously worked as an employment lawyer, said. “But we need clarity across the board here, not from these decisions but from legislation. So I’m hoping the Senate will pick up our bill and pass it.”

The NLRB, under new leadership, announced late last year that it has overruled the previous decision which set the precedent for the expanded standard. Labor Secretary Alexander Acosta has also withdrawn from an earlier informal guidance upholding the new standard.

The Coalition to Save Local Businesses was formed in recent years by business groups that were concerned about the updated standard. The International Franchise Association and other coalition members have spoken with lawmakers, launched media campaigns, testified during hearings, supported lawsuits, and backed opposition efforts.

“We had people in industry who were really up in arms about it because of the costs and confusion it was causing them,” Byrne said. “So they were reaching out to members across the political spectrum here in Washington, and getting their attention because the people and businesses that were being affected by this have a really important impact on local communities.”

Byrne adds that the updated standard brought the necessary attention needed to fix the larger problem. The joint-employer standard has been defined by many interpretations for years – but it wasn’t until the last administration updated it that enough people realized there was a problem at all.

Congress has a very busy agenda and the joint-employer issue isn’t a priority at the moment. House Republicans were able to pass their version of the bill Nov. 7. The Senate now has to take the legislation up too. Byrne is optimistic his Senate colleagues will pick up the bill once they start clearing bigger items from the agenda.

“We have to get the government funded first and foremost which is a real problem,” Byrne said. “But Sen. [Lamar] Alexander, who chairs the Senate labor committee, was very positive about this bill after it passed out of the House. So as soon as he can find some time for this bill to be considered by his committee, I think he’ll be looking for that.”

Those opposed to the bill warn the updated standard was necessary because employers were sidestepping their legal responsibilities to their employees by utilizing contracting work. The Economic Policy Institute warned that without the update larger employers could avoid having to deal with unions by saying the people working for them aren’t their actual employees.

“That argument presumes there could be a situation or set of circumstances where there could be no employer,” Byrne said. “I call it the immaculate employment. There is no way there will never be an employer. There is always going to be someone who is responsible, both financially and otherwise. So I never bought that argument.”

Byrne warns that the consequences of not passing the bill could be severe. The standard could be reversed back if left-leaning president takes office again – with all the uncertainty, costs, and burdens that come with it. The bill is intended to ensure that couldn’t happen by making the limits of the law clear.

“Think of the expenses that businesses would have to go through to gain the type of legal counsel needed to do the types of things to protect themselves,” Byrne said. “Just the legal costs would be substantial.”

The updated joint-employer standard was potentially far-reaching with so many businesses contracting together. The franchise model was of particular concern since it relies on large brand names contracting with many smaller and independently-owned businesses. The updated standard, critics warned, could have undermined the entire model.

“Let’s take the franchise industry for example,” Byrne said. “If McDonald’s corporate becomes the joint-employer for every one of its franchisees then that’s going to destroy the franchise model. That means that McDonald’s is essentially going to take over, instead of these locally owned businesses.”