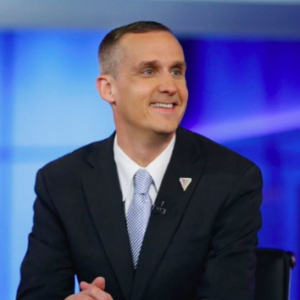 Corey Lewandowski says he’s made his decision about a possible 2020 U.S. Senate race and, while he won’t say what it is, he does have a message for the New Hampshire Republicans already in the field:

“If I decide to get into this race, it’s going to send shock waves not just across New Hampshire, but through the country,” Lewandowski said on the John Fredericks radio show Thursday. “I wouldn’t do it if I didn’t think I would be successful.”

“I hear the other [NHGOP] candidates can’t raise money for a litany of reasons. If I said today ‘I’m out of the US Senate race’… it’s not like they’re going to raise $10 or $20 million tomorrow. Let’s not kid ourselves.

“People can argue it,” Lewandowski added, “but that’s just the truth.”

Lewandowski also predicted that impeachment would make Democratic incumbent Shaheen easier to beat in November. “I’ve weighed my calculation based on what impeachment will mean for a U.S. Senate race and I think Jeanne Shaheen is very vulnerable because I believe she will vote in lockstep with AOC and Speaker Pelosi to remove a duly-elected president.”

“Well, I’ve been brushing up on foreign policy,” Lewandowski said. “I’ve spent an enormous amount of time understanding some issues that I wasn’t as well briefed in as an incumbent U.S. Senator would be. If that gives you an indication of what my decision is, I’ll leave it at that.”