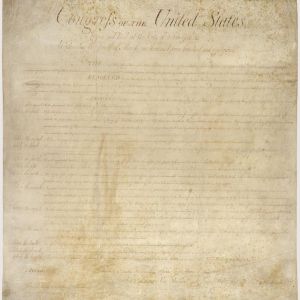 The Bill of Rights

Could This Be the Argument That Strikes Down FCC Net Neutrality?

There’s been no shortage of legal challenges to the Federal Communications Commission’s net neutrality rules set to take effect later this month, but a new argument from a Washington technology think tank dropped Thursday could give the FCC its toughest fight yet.

“Is watching Netflix on the broadband Internet more like (A) watching cable television or (B) talking on the telephone?,” wrote Fred Campbell, director of the Center for Boundless Innovation in Technology (CBIT) — a tech-focused lobbying group seeking “to liberate the ingenuity and creative spirit of America’s high-tech entrepreneurs and enterprises through market-oriented government policies.”

“Common sense suggests the answer is ‘A’,” Campbell said in a white paper published Thursday suggesting the FCC could lose a court battle over its new net neutrality rules on First Amendment grounds. “The [FCC] nevertheless chose ‘B’ in the Second Internet Order: It concluded the Internet is the functional equivalent of the public switched telephone network and is subject to the common carrier regulations in Title II of the Communications Act of 1934.”

That changed last year after the FCC lost a federal court battle over its first open Internet rules, which the court decided was an overreach of the FCC’s authority over ISPs. As a result of the case and lobbying from content providers like Netflix, Amazon, Google-YouTube, a groundswell of Internet activists and The White House, the FCC passed the new rules, which prohibit ISPs from throttling or segregating web traffic, and from brokering higher-cost deals for traffic ‘fast lanes’ with content creators like Netflix, which accused Verizon and AT&T of throttling its download speeds to customers in an attempt to make the company pay more for acceptable service.

After the rules take effect on June 12, ISPs will officially fall under regulatory oversight of the FCC — authority that will allow the agency to do everything from set government standards for Internet speeds to regulating the connection prices charged from ISPs to content creators to consumers — assuming the rules withstand the myriad of legal challenges brought against them by providers and industry lobbyists.

According to Campbell, the fact that ISPs are more functionally equivalent to publishing and mail-carrier entities like the printing press, broadcasters or cable providers than telephone networks, restraining their control over the content they transmit over their networks is akin to infringing on their First Amendment rights — the same way the government is forbidden from regulating the editorial content of the press (another area the FCC recently stepped back from).

“Like all other means of disseminating mass communications, broadband Internet access is a part of the ‘press’ that the First Amendment protects from common carriage regulation,” Campbell wrote, adding that admitting the comparison on the FCC’s part would have made it “too obvious that classifying broadband Internet service providers as common carriers is unconstitutional.”

The Supreme Court has only upheld government intrusion on press freedom in cases of scarcity of resources to disseminate content, such as airwaves (which the Internet has none of) or monopoly-like market influence by large cable networks — an argument the FCC elected to forego in the justification for the Open Internet Order, according to Campbell.

“It instead relied on the ideology of ‘gatekeeper control’ to justify its total ban on the editorial discretion of ISPs,” Campbell wrote. “This ideology presumes that all content providers who wish to use a particular system for disseminating mass communications require a government-mandated right of free access to all other users of such systems at all times in order to survive, innovate, and compete.”

The CBIT director goes on to point out most mass communications systems (cable networks, broadcasts, newspapers, etc.) serve as gatekeepers of information.

“The Supreme Court has repeatedly affirmed that these media have a constitutional right to discriminate against the speech of others,” Campbell said. “If a reviewing court were to uphold the FCC’s claim that gatekeeper status is a ‘special circumstance’ warranting a total ban on editorial discretion, the same reasoning could be used to justify corresponding bans on the editorial discretion of cable operators, broadcasters, and newspapers, and the freedom of the press would lose all meaning.”

“I don’t have access to all the legal proceedings in the case, but it’s been reported that CenturyLink and AT&T have raised the First Amendment, which indicates they intend to make free expression arguments in their briefs to the court,” Campbell told InsideSources.

“If the FCC loses on First Amendment grounds, it would not have authority to impose comprehensive common carrier regulations on the Internet in a subsequent proceeding,” Campbell explained.

“The extent to which the FCC could regulate the Internet going forward would depend in part on how the court treats specific First Amendment issues, though the FCC and other agencies would still be able to enforce general antitrust and consumer protection laws that aren’t aimed at restricting the freedom of the press.”