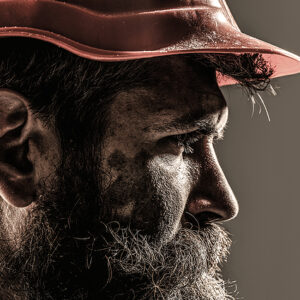 Despite campaign promises to invest in our nation’s infrastructure, create good-paying union jobs, and “build our economy back better,” President Biden’s track record from his first week in office is coming up short.

On Day One, Biden canceled the Keystone XL pipeline. Then he signed an executive order halting oil and gas leasing on public lands. Now, “Keep it in the Ground” activists are calling on him to shut down the Dakota Access Pipeline, which has been safely operating for more than three and a half years — delivering up to 570,000 barrels of North Dakota crude oil per day to U.S. markets.

Unfortunately, it seems the president is paying homage to the vocal far-left rather than the millions of blue-collar union workers and working-class families who put him in the White House.

Many Americans agree that climate change should be among the top priorities for the Biden administration. According to an October 2020 Pew Research Center survey, 44 percent of voters ranked climate change as a “very” important issue. While this percentage has grown in recent decades, it still lags significantly behind the leading issue: the economy, which 79 percent of voters recognized as “very” important in the 2020 election. This was followed by health care (68 percent) and the coronavirus outbreak (62 percent).

Biden’s decision to block the $9 billion Keystone XL pipeline — which was estimated to support 11,000 American jobs in 2021, generate $1.6 billion in gross wages, serve as a lifeline to labor unions in the wake of the pandemic, and ultimately usher in $140 million in annual property tax revenues for state and local governments — certainly does not seem to align with his promises of creating jobs and investing in infrastructure.

Or consider the president’s decision to ban oil and gas leasing on federal lands and waters.

Reports from the American Petroleum Institute forecast detrimental effects on the economy, with potential losses of nearly one million jobs by 2022, more than $9 billion in government revenue at risk, and U.S. households spending a cumulative $19 billion more on energy by 2030.

High energy-producing states with large areas of federal lands, such as New Mexico and Wyoming, stand to lose not only thousands of industry jobs and access to affordable energy but also billions in state revenue that could hurt public services, schools, infrastructure, and health care. In Wyoming, where more than half of the state’s oil and more than 90 percent of its natural gas is retrieved from federal land, the oil and gas industry paid $1.67 billion to state and local governments. In New Mexico, that number is even larger, with the industry contributing $3.1 billion, about 40 percent of the state’s revenue of which $1.4 billion is earmarked for education funding.

Nationally, more than 12 percent of U.S. natural gas production and nearly a quarter of U.S. oil production is sourced from public lands and waters, and without it, our nation will need additional foreign oil and gas. And since the president said no to Keystone XL, it won’t be coming from Canada. In fact, it will strain the global market, raising costs on consumers and adding to the coffers of petro-authoritarian nations that would seek to do democracy harm.

Preventing the construction of Keystone XL or banning drilling on public lands won’t reduce the importance of fossil fuels in the American economy. Beyond the economic ramifications, these misguided, anti-energy policies revive American dependence on foreign energy and cut off access to reliable, affordable, American-produced energy to our allies and trade partners around the globe — jeopardizing our strategic advantage as a global hegemon and instead allowing foreign states to grow their influence.

Good environmental policy, and policies that promote American economic growth, are not mutually exclusive. For example, TC Energy, Keystone XL’s developer, committed to use only renewable energy to operate the pipeline system, and eliminate all greenhouse-gas emissions from operations by 2030. This is a positive example of addressing environmental concerns while recognizing the still-critical role of crude oil and ensuring reliable access to the United States.

More broadly, an “all of the above” strategy that welcomes investment in renewable energy sources but recognizes the importance of the cornerstones of American energy — oil and natural gas — is key to fueling our nation’s economy, bolstering our energy security and national security, and achieving our shared future economic and environmental goals.

As the United States continues its COVID-19 recovery, it is more important now than ever to set aside politics and come together to focus on sound policies that put our nation on the path to success.