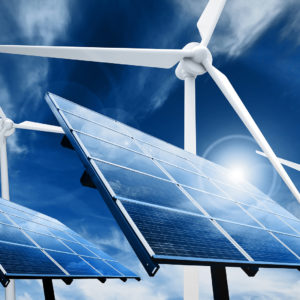 Joe Biden’s victory in the 2020 presidential election is seen as a positive development by those who favor renewable forms of energy over fossil fuels.

The Trump administration moved to reverse more than 100 climate and environmental rules, considering them burdensome to the fossil fuel industry. Biden, soon after taking the oath of office, took numerous actions to unravel Trump’s environmental policies, starting with executive orders to block the Keystone XL pipeline and to return the United States to the Paris climate accord.

Biden has made combating climate change a national priority — and more and more people agree it should be. He plans to clamp down on industry polluters to reduce carbon emissions and to invest in renewable energy in order to deal with climate change and to help revitalize the economy. His strategy makes sense both environmentally and economically. Here are some key reasons why we should start moving away from fossil fuels and toward renewable energy:

—Fossil fuels’ visible effects on climate change. Climate change and its many manifestations, such as wildfires, droughts, storms, and hurricanes, increasingly represent a clear and present danger our government leaders can no longer dismiss. Considering all the environmental disasters we are seeing and fossil fuels’ culpability in them, renewable energy sources are the best answer.

—Economic growth. Renewables are also a potentially resounding answer as we look to bring an ailing economy back to full strength. Coal jobs are disappearing, but as renewable energy is ramped up, there will be many more jobs available in the solar and wind power industries. As a transition takes place, communities and utilities can start training workers in renewable energy fields.

Biden is focused on creating the clean energy economy of the future with millions of solar and wind power jobs that are safer, healthier. and pay very competitively. He recognizes the coal industry had an important role to play in the 20th century, but he knows his job is not to prop up old and dying industries of the past. Instead, we need to invest in new technologies that make our environment cleaner and our economy stronger.

—National security. Because of our insatiable demand for oil in the world marketplace, the United States is unwittingly propping up the price and helping dictators and terrorists finance their wars and destruction. Just because the United States has become largely energy independent over the last decade does not mean we are immune to the global ramifications of our vast consumption.

Then we have to counter this effect by sending our military to unstable regions of the world to try to maintain peace for critical commerce. In essence, we are paying for our oil twice — once at the pump and again with our tax dollars.

—Human health. The costs and risks to our health are real. The burning of fossil fuels and the emission of pollutants in the air that we all breathe causes chronic respiratory diseases like asthma in children and COPD in the elderly. This causes a drag on our education system and our economy because hundreds of thousands of children are often missing school and their parents are missing work to take them to see doctors and other health care specialists. This is not to mention the dangers and risks to their health and esteem and confidence as desired productive members of society.

There is no doubt that those countries that address these problems and turn them into opportunities will be the ones that thrive for decades to come. So the United States shouldn’t just be taking part in the growing clean energy revolution; we should be leading it, as the Biden administration is poised to do. This is not a partisan issue.

Steve Melink (www.melinkcorp.com), author of “Fusion Capitalism: A Clean Energy Vision For Conservatives,” is a lifelong conservative. He is founder/CEO of Melink Corporation, a Cincinnati, Ohio-based company that specializes in clean energy solutions for the commercial building industry. He wrote this for InsideSources.com.