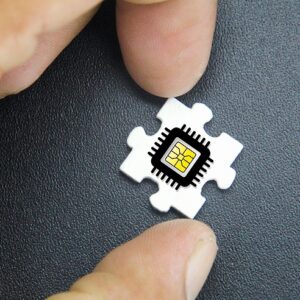 Counterpoint: CHIPS, a Path Toward Inefficiency, Waste and Political Dysfunction

For an alternative viewpoint, see “Point: Innovative CHIPS and Science Act Will Improve the Lives of All Americans.”

President Biden claims the CHIPS Act will boost domestic manufacturing, lower prices and bolster U.S. national security. In reality, the bill will unlikely achieve any of these objectives. Instead, it could precipitate important distortions in domestic and international markets that lead to inefficiency, waste and political dysfunction.

Congress and the Biden administration’s bid to subsidize the U.S. semiconductor industry has been unnecessary. The industry is healthy, possessing strong capabilities in most supply chain segments, constantly achieving increases in real output and capital expenditures, and accounting for 39 percent of global value-added, the largest share among all countries.

Pro-subsidy policymakers and interest groups are quick to point out that the U.S. share of global semiconductor manufacturing has declined from 37 percent in 1990 to 12 percent today, yet U.S. manufacturing capacity increased from 2 million to 3 million wafers (disc-shaped slices of silicon containing dozens of chips) produced per month between 2000 and 2018, and close to half of those companies’ wafer capacity is in the United States.

Where the United States is lacking — primarily in the “foundry” segment, which concerns third-party-owned production facilities, or “fabs,” that manufacture chips for companies without such in-house capabilities — it can rely on friendly, long-standing allies and trading partners, including South Korea and Taiwan. Certainly, this comes with some risks. But insofar as companies should diversify their operations to hedge against these risks, they are large and profitable enough to not need government handouts for these purposes. Moreover, there are sound economic and geopolitical reasons for them to invest in the United States. Indeed, Intel, TSMC and Samsung confirmed investments in U.S. facilities worth more than $69 billion and began construction before the CHIPS Act was passed in Congress.

Not only are these subsidies unnecessary but they could also induce distortions in domestic and international markets that lead to decreased production, less innovation, and political dysfunction at home and abroad. As has been evident whenever U.S. policymakers have experimented with industrial policies, beneficiary firms are seldom the most competitive or innovative — and experts are already cautioning that firms like Intel may follow this path.

Moreover, broad subsidization of the industry — not addressing real market failures in next-generation semiconductors or gaps in national security-related ones — may lead to underinvestment in bleeding-edge or specialized technologies, including crowding out private investments. Subsidies will also likely benefit politically influential firms — such as those that lobbied for the CHIPS Act —  making it less likely that policymakers would pull the plug on investments that prove inefficient or counterproductive.

Worse, semiconductor companies worldwide are already anticipating an end to COVID-19-induced shortages as soon as next year. In fact, because of lagging demand for consumer electronics and hoarding by chip-consuming firms, there could be an oversupply of chips soon.

Given the industry’s proclivity to “boom and bust” cycles, such a scenario would precipitate reduced revenues and idled production lines. Indeed, firms like SK Hynix and Micron Technology are weighing cuts to capital expenditures for 2023.

By funding increased production, U.S. subsidies would contribute to this oversupply and its adverse consequences. Moreover, given the current global race to subsidize semiconductor production, such adverse conditions could pressure countries to protect struggling domestic manufacturers from foreign competition through tariffs. Both foreign and U.S. trade restrictions would impose billions of dollars in costs to consumers and chip-consuming firms through higher prices and shortages — as occurred in the 1980s and 1990s. Trade disputes would likely involve U.S. allies subsidizing their domestic industries, thereby proving to be geopolitically costly.

Despite these pitfalls, some may consider self-reliance in semiconductor production to be a worthwhile objective. But, as a recent Nikkei Asia article noted, the semiconductor supply chain involves a network of suppliers of hundreds of complex components and machines that is impossible to onshore completely.

Insofar as subsidies could boost “domestic” manufacturing, such processes would continue relying on foreign inputs — including foreign talent. Thus, the more sensible approach Congress should pursue is enacting market-oriented reforms that ensure companies can mobilize resources in response to ever-changing market dynamics and have access to global markets and resources. Such reforms include expanding high-skilled immigration, making capital investments fully and immediately tax-deductible, negotiating trade agreements, and liberalizing military-related trade to include allies with complementary strengths in semiconductor production.

These reforms would do better at enhancing the industry’s dynamism, lowering consumer prices and bolstering U.S. national security than broad, inefficient and potentially distortive subsidies.

Alfredo Carrillo Obregon is a research associate in the Herbert A. Stiefel Center for Trade Policy Studies at the Cato Institute. He wrote this for InsideSources.com.