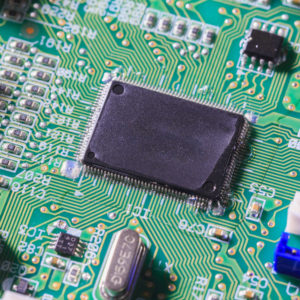 Point: Innovative CHIPS and Science Act Will Improve the Lives of All Americans

For an alternative viewpoint, see “Counterpoint: CHIPS, a Path Toward Inefficiency, Waste and Political Dysfunction.”

The CHIPS and Science Act is an innovative and important industrial policy. It makes targeted investments in critical industries to strengthen America’s manufacturing base, protect workers, and fortify U.S. national and economic security. It will help reverse the decades-long trend of job and supply-chain offshoring and contribute to inclusive growth.

The law — signed by President Biden after passing in both chambers of Congress with bipartisan support — has two motivating ideas. The first is an understanding that economic competitiveness, especially in advanced manufacturing, often requires systematic government support. Support is required because “public goods” problems are endemic. The second is the recognition that the United States lacks reliable access to critical semiconductor manufacturing capacity, which creates economic and national security risks.

Advanced manufacturing is based on scientific discovery, translating discoveries into prototype products and production processes, adequate standards and tests to control quality, and a well-trained workforce. Because private actors cannot capture all the benefits of investing in these prerequisites — it is hard, for example, to keep scientific ideas secret or to prevent well-trained workers from leaving for other employment — the level of private investment in each of them is insufficient. The CHIPS and Science Act includes initiatives to remedy these market failures and allow U.S. manufacturers to develop technologies and products that would otherwise be out of reach.  Moreover, it is designed to increase economic development in diverse regions and to make access to higher-wage employment more inclusive.

Risks to economic and national security are also a focus of the law. The continuing slowdown in domestic auto production caused by chip shortages illustrates the economic risks. National security risks include the Defense Department’s need to source critical components of national defense electronic systems from locations in Asia.

Under the existing global division of labor in semiconductor production, both risks are substantial. The United States is dominant in semiconductor design but has a relatively small and declining share of chip fabrication. Taiwan holds the dominant position in fabrication, operating leading-edge chip “foundries” that produce to customer specifications. Assembly, testing and packaging of semiconductors into finished components is done predominantly by contract manufacturers in Taiwan and China. This means that important elements of the semiconductor supply chain are subject to events in other countries and, in the case of companies in Taiwan and China, to Chinese government interference.

Foreign government interventions have heavily influenced the geography of semiconductor production. Taiwan, for example, provides subsidies for land, construction and manufacturing equipment that lowers fabrication costs by 25 percent to 30 percent. China has provided a single firm, Yangtze Memory Technology, with $24 billion in subsidies and has allocated $100 billion in support for 60 new manufacturing facilities.

To change the production map and reduce risk, the law authorizes the Department of Commerce to provide $39 billion in financial assistance to build, expand or modernize domestic facilities and equipment for semiconductor fabrication, assembly and packaging, and research and development. This support, together with the 25 percent investment tax credit in the law, provides a significant incentive to site and expand production in the United States. Moreover, because funds and credits will be clawed back if a firm invests in advanced production in countries such as China within 10 years, strategic gains will not be subject to quick reversals.

In short, the CHIPS and Science Act will produce remarkably broad and important benefits. American manufacturing will be more productive and competitive. This will create opportunities for higher-wage employment, and broadened access to STEM education will mean that these gains will be more inclusively shared. The functioning of the economy will be less at risk from unexpected global events and less reliant on anti-democratic countries. These outcomes are a reminder of the power of well-designed economic policy to improve the lives of all Americans.

Marc Jarsulic is a senior fellow and chief economist at the Center for American Progress. He wrote this for InsideSources.com.