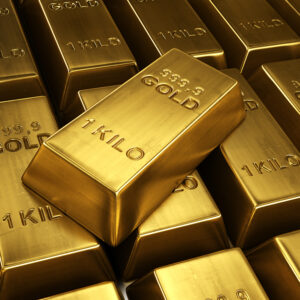 COUNTERPOINT: Is the Gold Standard the Economists’ Punching Bag?

Editor’s Note: For another viewpoint, see POINT: Should the U.S. Return to the Gold Standard? No.

In an InsideSources op-ed, David Beckworth and Patrick Horan argue, “A new gold standard would do much more harm than good.” They posit that we should not return to the currency price-fixing scheme of 1944-1971. They are convincing, but unfortunately, they knocked down a straw man.

The authors concede that the pre-1913 gold coin standard worked well. And then dismiss it, because people want a vast welfare state, and central banks want to keep their power. Do they? Maybe, but it should not be dismissed so lightly.

Consider the Soviet experiment in central planning of wheat. Sounds simple: plant seeds, wait for sun and rain, then harvest and distribute. This experiment horribly failed and caused millions to starve to death.

It is also unjust. Beckworth and Horan blithely say that inflation “reduces the severity of debt burdens and stimulates the (economy).” Inflation steals the savings of workers and retirees.

The savings of the people are up for grabs because they are forced to save in irredeemable currency. They are forced to lend to a banking system. To hold a paper dollar bill is to grant a dollar of credit to the Federal Reserve, which lends it to the government and banks.

The Fed grabs their savings bit by bit, because people want welfare, the central bankers want power, borrowers want to pay debts back in cheaper dollars, and the economy wants to be stimulated.

A proper gold standard is simply when people have a choice. When they are not forced, they choose gold as they have done for thousands of years.

Another choice is whether to hold gold coins or deposit them in a bank. This is important because people deposit gold if they like the interest rate (and the risk). Their refusal to deposit when the rate is too low is like grocery store customers refusing to buy steak when the price is too high. The bank and grocer have to offer a better price if they want business.

People are forced away from gold by legal tender laws, the tax code, and many laws and regulations. We do not need to pass more laws and the Fed does not need to impose a new policy, to nudge people to gold. The government needs to get out of the way and repeal particular capital gains taxes on gold (which is just inflation).

Why not let people choose for themselves? If an irredeemable currency inflated by a central bank is really superior, then wouldn’t it knock out gold in a fair competition?

Keith Weiner is an economist and founder and CEO of Monetary Metals, an investment firm that pays interest in gold, and president of the Gold Standard Institute USA. He wrote this for InsideSources.com.