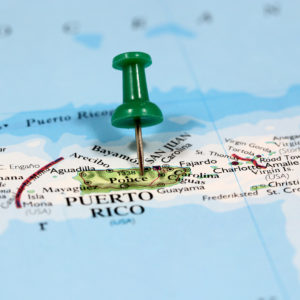 Counterpoint: Puerto Rico’s Dual Crises Show Its Territorial Status Is the Worst of Both Worlds

Almost a month since Hurricane Maria struck Puerto Rico, most of the island is without power, many lack safe drinking water, and about half the population does not have cell phone service, making it difficult to relay urgent needs. Professionals worry about disease outbreaks and new health crises emerging.

The federal government response has been scandalous. President Trump’s treatment of Puerto Rico, in contrast to hurricane-hit Florida and Texas, has raised suspicions of racist indifference, or of other motivations for deliberate neglect.

Trump infamously touted the disaster’s low death toll, yet people continue to die of preventable causes as the relief effort dawdles, hampered by the resumption of the Jones Act — which prohibits non-U.S. flagged ships from docking at successive U.S. ports — and other political calculations in Washington.

The response has been lacking in part because Puerto Rico is not a U.S. state. Nor is it an independent country, in which case it would be free to receive aid unhampered by U.S. restrictions.

The island’s colonial status goes back to the Spanish-American War, when U.S. forces invaded Puerto Rico and claimed the territory. The United States gave Puerto Ricans citizenship a few decades later, so that they could serve in the U.S. military in World War I, but no voting representation in Congress.

This second-class citizenship and neglect is now hampering Puerto Rico’s ability to recover from a historic double crisis. Aside from the remarkable lack of initiative to get aid to people in need, Trump has blamed Puerto Ricans for their current (pre-hurricane) economic crisis, and has complained that Puerto Rico’s disaster is hurting his plans for the federal budget.

Puerto Rico’s debt woes — its other crisis — are not “largely of their own making,” as Trump tweeted. Rather, it was the U.S. Congress that passed the Jones Act, as well as NAFTA, WTO and other trade legislation that hampered the Puerto Rican manufacturing sector.

Congress repealed Section 936 of the U.S. tax code that had provided tax breaks to U.S. companies producing goods in Puerto Rico, and more recently imposed the unelected Financial Oversight and Management Board on Puerto Rico, which now makes the most important economic policy decisions for the island. The board has pushed an economic austerity plan that has hampered recovery; after a lost decade of no economic growth, Puerto Rico was set to experience another before the hurricanes.

Since it is not an independent country, Puerto Rico is unable to consider monetary and fiscal policy options that might allow economic recovery. These might include driving a hard bargain with its creditors, who have barely paused in demanding full repayment of the debt, even though it is clear that Puerto Rico will not be able to repay it.

Republicans are heaping on more debt with financial aid in the form of loans, over the objections of the Congressional Progressive Caucus and others.

One reason Puerto Rico racked up substantial debt was because it had to borrow to fund its Medicaid program, and here again we see how Puerto Rico is punished by its territorial status. Rather than reimburse the island’s Medicaid program at the 55 percent rate as it does for other territories, or the 83 percent rate that Puerto Rico would receive were it a state, the U.S. government capped reimbursement at $300 million per year — less than a 15 percent rate. The Affordable Care Act offered a one-time grant of $6.4 billion to Puerto Rico in 2013, but the money is now running out, and there is currently no funding for next year.

If Congress approves Medicaid funding for Puerto Rico, it will be far less costly than were those same Medicaid patients to move to the mainland and get treated here. Yet more Puerto Ricans will keep out-migrating as the island continues to suffer neglect and its economy continues to limp along. A Medicaid crisis would be another factor pushing people to leave for States.

It is not our place to weigh in on whether Puerto Rico should become a U.S. state, or an independent country. But under the status quo, the island’s residents seem to be experiencing the worst of both worlds.

Dan Beeton is international communications director at the Center for Economic and Policy Research (www.cepr.net) in Washington.