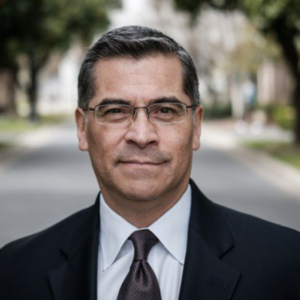 Editor’s Note: For another viewpoint, see Point: Why We Need Xavier Becerra to Head the HHS.

As vaccines roll out and America continues to reopen, the next secretary of the Department of Health and Human Services (HHS) will be a powerful figure in the Biden administration. We need someone with stellar credentials whom the American people will trust to be an unbiased source of information. Sadly, President Joe Biden has instead picked Xavier Becerra, a culture warrior with no background in healthcare but plenty of experience pursuing partisan vendettas.

Political commentator Victor Davis Hanson argues Becerra is, “a very effective hardcore left-wing politician. He’s spent the last 40 years either running for office or being an elected official or appointed official. He’s got zero experience in the private sector. He knows nothing about health care.”

In these uncertain times, the Senate must use its power to advise and consent to tell President Biden to pick someone else. America needs an HHS secretary who will help the country heal, not divide us further. Mr. Becerra is long on political vitriol and short on experience, giving the Senate ample reason to reject his nomination.

While attorney general of California, Becerra polished his liberal credentials by defending a law that forced crisis pregnancy centers to tell pregnant women about abortion. Advocates defended this law claiming it promoted transparency, but it was really an effort to force conservative groups to promote abortion.

As Thomas Glessner, president of the National Institute of Family and Life Advocates, which challenged the law in court, said, “[The law] was a brilliant political move on their part. It mandates under law that the pro-life centers are advertising for abortion.”

Thankfully, the Supreme Court threw out the law because it violated the First Amendment, serving up a stinging rejection to Mr. Becerra. This case is just one example of Mr. Becerra’s efforts to impose his liberal agenda through force and coercion, not persuasion.

Mr. Becerra, in addition to strong-arming pro-life clinics, repeatedly pushed back against attempts by the previous administration to reverse Obamacare’s contraception mandate, an Obamacare requirement that many people of faith emphatically oppose—and rightfully so.

The mandate, embedded in the Affordable Care Act, requires group health insurance plans to cover certain types of birth control free of charge. Fortunately, the Supreme Court in July ruled the Trump administration could exempt religious employers and universities from the mandate.

The saving grace of the Supreme Court decision aside, the California attorney general has shown an aggressive disregard for the rights of believers. His insistence that Americans foot the bill for abortion-inducing drugs or advertise for the abortion industry is radical and wrong.

Furthermore, the California attorney general—during his time in Congress—received money from the abortion lobby and attracted full-throttle endorsements from Planned Parenthood and NARAL Pro-Choice America.

In 2003, Mr. Becerra even voted against the “Partial-Birth Abortion Ban Act,” a law embraced by Americans at large both then and now. According to recent Marist polling, Americans overwhelmingly reject late-term abortion and say it should be largely illegal.

When asked during his recent congressional hearing why he voted against the partial-birth-abortion ban, Mr. Becerra repeatedly dodged the question and failed to give a meaningful response to the senator who questioned him on the subject.

His actions reveal a callous indifference toward religious communities and the importance of preserving Americans’ constitutional right to free speech and religious liberty. Becerra would not serve as a unifying presence at Health and Human Services. Indeed, Mr. Becerra’s extreme record on abortion and his hostility toward religious liberty would alienate half of America, sowing division in our country at a time when President Biden promised to nurture a spirit of unity.

For these reasons, members of the Senate should vote against confirming Mr. Becerra to lead the Department of Health and Human Services. He is too extreme on policy issues many Americans agree on and isn’t the moderating voice in government the president promised.

Jessica Anderson is Executive Director of Heritage Action for America. She wrote this for InsideSources.com.