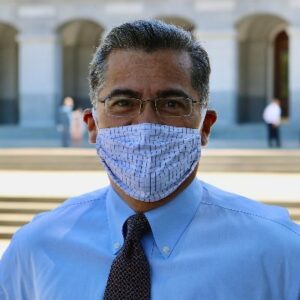 POINT: Why We Need Xavier Becerra to Head HHS

Editor’s Note: For another viewpoint, see Counterpoint: The Senate Must Reject Becerra Nomination.

At the moment, there is partisan controversy about the appointment of Xavier Becerra, the current Attorney General of California, to be the next U.S. Secretary of Health and Human Services.  Some of it is the expected political sparring, but some critics decry his nomination of a lack of direct “policy experience” because he has not worked in the health care industry.  Those critics are wrong.

One of the most significant reasons for skyrocketing health care costs and considerably less choice is the lack of competition. In market after market, health care and pharmaceutical delivery options are dominated by a small number of firms using their control to squelch competition and increase prices. Attorney General Becerra, through his leadership of the largest state AG office, is a national leader in challenging these practices, bringing precedent-setting cases against dominant hospital systems and pharmaceutical manufacturers that engaged in exclusionary conduct. These cases secured California consumers hundreds of millions in settlements and are a model of using the law to restore competition.

In his role as California’s Attorney General, AG Becerra learned – first-hand —  how regulations could be abused by dominant firms, including Pharmacy Benefit Managers (PBMs) — to ramp up prices and limit competition. He sought regulatory changes to address these abusive practices and led a group of state AGs who successfully advocated before the Supreme Court to permit sensible regulation of PBMs. This type of regulatory/competition savvy is precisely what the nation needs to lead our health care system and much-needed regulatory reform.

One area where antitrust enforcement and regulatory reform is long overdue is the so-called pharmaceutical “rebate traps.” These are clever schemes by a small number of dominant drug manufacturers to keep rival drugs off the market by offering PBMs and health insurers “all or nothing” conditional sales volume-based rebates only if those payors place rival drugs in a poor position on the formulary, effectively sticking it on the back of the pharmacy shelf.  This practice limits the ability of rival drugs from gaining preferred formulary access and sometimes denies them from getting on formulary at all. If consumers want the drug, they have to pay a steep price. This also means that payors often make decisions on the inclusion of a drug based not on clinical research or evidence efficacy, but on which manufacturer offers a higher rebate payment based on higher list prices.  Ultimately, consumers pay more and are denied more effective drugs.

These schemes have been condemned by policymakers and regulators on both sides of the aisle.  Alex Azar, former Secretary of HHS; Scott Gottlieb, the former Commissioner of the FDA; Chairman Klobuchar and Senator Blumenthal; and Chairman Cicilline and Representative Jeffries have all raised substantial concerns over the use of anticompetitive pharmaceutical rebate walls. Nine Senators, including Vice President Kamala Harris, raised concerns over these practices in the FTC review of the Abbvie/Allergan merger. Major consumer groups called on the Biden Transition Team to focus antitrust enforcement efforts on this practice.

Becerra has first-hand experience in dealing with big pharma, and that experience will give him a unique perspective on how to use enforcement and regulation to restore competition.  As California’s AG, Becerra investigated and brought enforcement actions against drug manufacturers’ anticompetitive business practices.  He successfully negotiated huge settlements with drug manufacturers and advocated for California’s legislation to ban pay-for-delay agreements. His office also played a major role investigating these issues, including rebate walls in the context of the Abbvie/Allergan merger.  And, just last week in a written response to the Senate Judiciary Committee following his nomination hearing, Becerra said that “biosimilars have a role to play in containing the cost of expensive therapies by creating competition. I am committed to reducing drug prices and ensuring Americans have access to the drugs that they need.”

This is precisely why HHS needs Becerra’s expertise and experience. He will bring enforcement and regulatory savvy to the job, with a keen understanding of how to use both antitrust litigation and regulation to help restore competition and to ensure consumers receive a competitive price and have adequate choices. As Secretary of HHS, he can use the Administration’s broad regulatory tools and enforcement to restore competition in pharmaceutical and health care markets.

This is not the time for the nation to turn to a former hospital or pharma executive to head HHS. We need a cop on the beat, one who knows how to protect consumers through sound law enforcement. Becerra is the right choice for the job.