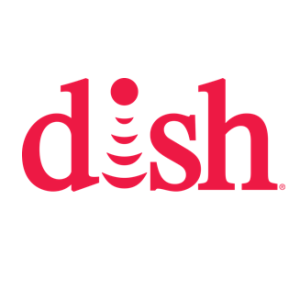 A federal judge, in a ruling handed down Tuesday, said Dish Network violated federal rules by trying to purchase airwaves through subsidiaries with subsidies meant for small businesses.

The D.C. Circuit Court of Appeals ruled against Dish in the case it brought against the Federal Communications Commission, which fined the satellite provider about $500 million in 2015 for opting not to buy all of the $13.3 billion in spectrum licenses it bid on through two subsidiaries.

A three-judge panel upheld the FCC’s decision to deny Dish the credits and affirmed the company broke federal rules, while also agreeing with Dish that the FCC didn’t give the companies enough time to resolve the situation if it cost them the subsidies.

“The FCC reasonably applied its longstanding precedent to determine that DISH exercised a disqualifying degree of de facto control over SNR and Northstar,” the opinion by Judge Nina Pillard reads, “but the Commission did not give SNR and Northstar adequate notice that, if their relationships with DISH cost them their bidding credits, the FCC would also deny them an opportunity to cure.”

Judges decided to “remand this matter to the FCC to give petitioners an opportunity to seek to negotiate a cure for the de facto control the FCC found that DISH exercises over them.”

The FCC’s rules and decisions were not clear enough to provide that notice to the petitioners,” Pillard wrote. “Because the FCC did not give clear notice that such an opportunity would be denied, we conclude that an opportunity for petitioner to renegotiate their agreements with DISH provides the appropriate remedy here.”

A spokesperson for FCC Chairman Ajit Pai, who criticized Dish’s tactics at the time of the auction, described the decision as “an important victory for American taxpayers.”

“Today’s D.C. Circuit decision explains in painstaking detail why the Commission reasonably determined that DISH abused a program designed to help small businesses,” Pai’s press secretary Tina Pelkey said. “In the AWS-3 auction, the two entities claiming over $3 billion in taxpayer-funded discounts were not independent small businesses, but rather under the control of DISH.”

Pelkey added that going forward the FCC needs to “make sure that this program is available only to legitimate small businesses that actually control their own destinies.”

In January 2015 Dish surprised regulators and fellow bidders by shelling out $13.3 billion to buy 700 of the 1,600 Advanced Wireless Service (AWS)-3 spectrum licenses, the third largest sum behind AT&T and Verizon. Neither Northstar or SNR existed until months before the auction, where each received a 25 percent discount on spectrum as a result of reporting their annual revenue at less than $15 million.

The satellite provider eventually elected to return 197 licenses, worth $3.3 billion, and gave its affiliates $413 million to pay an FCC penalty. The affiliates will acquire the remaining 505 licenses worth $10 billion, already paid for by Dish. The second-largest satellite TV provider in the U.S. currently offers no wireless services, but plans to in the future.

The FCC changed the rules the following July. Under the new rules, joint-bidding agreements — multiple applications from companies with a single controlling interest and a shared strategy to purchase spectrum — are banned in future auctions.

Only small businesses will be allowed to form consortiums, receive business credits, and bid as a single joint entity. The updated rules also add a 15 percent bidding credit for rural carriers with 250,000 subscribers or fewer, and place a $150 million cap on credits.

But those reforms don’t go far enough according to the current chairman. Pai, at the time one of two Republican minority commissioners who voted against the changes, said the new rules have “new loopholes through which even a minimally competent attorney could drive a truck.”

According to Pai those loopholes include a 35 percent discount on spectrum sold to smaller providers, who can turn around and lease 100 percent of it to larger carriers like AT&T, Verizon, Sprint, T-Mobile, and others.

The reforms left out a previous requirement that small providers use spectrum purchased with subsidies through their own facilities, essentially prohibiting them from leasing all of it to large carriers.