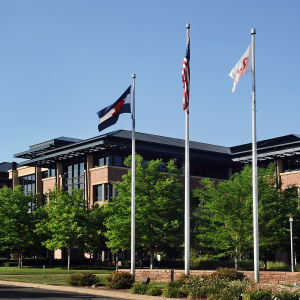 DISH Network on Thursday returned airwave licenses purchased with small business subsidies during a Federal Communications Commission spectrum auction earlier this year — subsidies that were denied by the FCC this past summer.

In January DISH surprised regulators and fellow bidders by shelling out $13.3 billion to buy 700 of the 1,600 Advanced Wireless Service (AWS)-3 spectrum licenses, the third largest sum behind AT&T and Verizon.

Neither Northstar or SNR existed until months before the auction, where each received a 25 percent discount on spectrum as a result of reporting their annual revenue at less than $15 million.

In July the FCC adopted new rules to prevent companies from using the same tactic in future auctions, and in August, the commission wrapped up a months-long review of DISH’s bidding practices, concluding the company and its affiliates, which DISH owns an 85-percent controlling stake in, were ineligible for the discounts.

DISH had until 3 p.m. Thursday to decide whether to return the licenses or pay the additional $3.3 billion, which would cut into the company’s bottom line and future ability to make acquisitions, according to comments made by DISH CEO Charlie Ergen during an August earnings call.

The company elected to return 197 licenses, worth $3.3 billion, and gave its affiliates $413 million to pay an FCC penalty. The affiliates will acquire the remaining 505 licenses worth $10 billion, already paid for by DISH. The second-largest satellite TV provider in the U.S. currently offers no wireless services, but plans to in the future.

The returned licenses will be resold during an FCC spectrum auction in March, with DISH on the hook to pay any difference in price should they be sold at a lower value than in January.

The FCC received criticism of its own for allowing DISH’s tactics, prompting a vote in July to revise the rules surrounding designated entities. Under the new rules, joint-bidding agreements, multiple applications from companies with a single controlling interest and a shared strategy to purchase spectrum are banned in future auctions.

Only small businesses will be allowed to form consortiums, receive business credits and bid as a single joint entity. The updated rules also add a 15-percent bidding credit for rural carriers with 250,000 subscribers or fewer, and place a $150 million cap on credits.

Not everyone is satisfied with those revisions, including FCC Commissioner Ajit Pai, who said the new rules contain “new loopholes through which even a minimally competent attorney could drive a truck.”

Included in those loopholes is a provision granting a 35 percent discount on spectrum to smaller providers, who can then turn around and lease 100 percent of it to larger carriers like AT&T, Verizon, Sprint, T-Mobile and others.

The rules jettison the requirement adopted by a previous commission that smaller providers use spectrum purchased with subsidies through their own facilities, prohibiting them from leasing all of it to larger providers.

Without the freedom to lease, FCC Chairman Tom Wheeler argued, it would be “an impossibility” to compete “with four big carriers owning 98 percent of the market.”