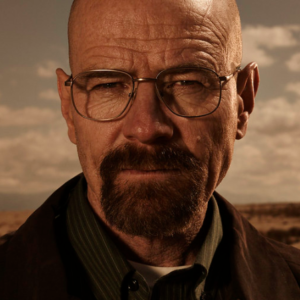 It’s not just bad press from “Breaking Bad.” New Mexico, the setting for the wildly popular AMC crime drama, is one of the most crime-ridden states in the country, with the second-highest rate of violent crime in the U.S. and the highest rate of property crime.

Alaska is the only state with a higher rate of violent crime.

In New Mexico’s biggest city, Albuquerque, residents’ chances are one in 11 of becoming a victim of either violent or property crime. With a crime rate of 89 per 1,000 residents, Albuquerque has one of the highest crime rates in America.

And it’s not just urban centers like Albuquerque. Smaller New Mexico cities like Clovis, Hobbs and Roswell are ranked near the bottom of “safest small cities” according to a recent study by the financial analysis website WalletHub. In fact, the city of Farmington is one of the 20 least-safe communities in the entire country, according to the WalletHub rankings.

On Tuesday, U.S. Attorney General William Barr visited Albuquerque to announce the wind-up of a three-month fugitive arrest program that netted approximately 300 people on state, local or federal warrants — a fraction of those wanted for violent crime.

“Unlike many cities in the United States that have seen violent crime rates fall, the violent crime rates in Albuquerque remain stubbornly high,” Barr said at a news conference. “In the months ahead, the federal government is going to be stepping up our efforts to work closely with our state and local partners to ratchet up the attacks on violent crime.”

In a further attempt to roll back the state’s crime rates, Gov. Michelle Lujan Grisham has ordered the creation of a special law enforcement unit to arrest hundreds of people statewide who have not shown up for court hearings or are wanted on bench warrants.

In an executive order, the governor said the Fugitive Apprehension Unit will be comprised of State Police officers and Corrections Department staffers.

The unit will work with local law enforcement officials around New Mexico to track down and arrest people charged with committing serious criminal offenses. Statewide, there are more than 1,600 outstanding bench warrants for people charged with violent crimes, according to the New Mexico Administrative Office of the District Attorneys.

“Our justice system is undermined when people accused of serious criminal offenses evade prosecution,” Lujan Grisham said. “We need to explore every avenue for increasing public safety in New Mexico; we need to be smart on crime while being tough on crime.”

“By deploying these resources in a targeted fashion and continuing to work hand in hand with local jurisdictions, the state can make meaningful strides toward reducing crime in our communities and ensuring high-profile violent individuals are brought into the judicial process,” Lujan Grisham said.

This is not the governor’s first attempt to address the state’s soaring crime rate.

In June, the governor formed the Crime Analysis and Policy Partnership, a volunteer group consisting of current and retired attorneys, former judges and other former law enforcement officials who will identify trends and gaps in the criminal justice system, crime and law enforcement in New Mexico.

“We have been on the back foot for too long in New Mexico,” the governor said. “The convening of this partnership represents our commitment to a proactive approach. I expect these individuals to ask the questions we have not yet anticipated and bring forward suggestions that will help keep New Mexico communities safe.”

While the governor’s efforts are statewide, the prime culprit in New Mexico crime stats remains The Duke City.

According to a website devoted to Albuquerque’s strategy to battle crime, Mayor Tim Keller is more than aware of the negative stigma the issue has placed on the city and he has made safety “a top priority.”

“We are aiming higher when it comes to our expectations of safety and security for the people of Albuquerque by continuing to reform the Albuquerque Police Department, getting back to real community policing, hiring more police officers and getting them the tools they need,” the mayor said. “We are also facing some of the pervasive root causes of crime head-on by addressing homelessness, addiction and behavioral health challenges.

“Building a safer Albuquerque after a decade of rising crime is a long road,” Keller said. “For lasting results, we can’t rely on band-aids fixes — we must approach all different kinds of crime with resolve and determination.”

Thus far, the efforts both in Albuquerque and statewide have yet to show significant results. In the Land of Enchantment, crime stats are still breaking bad.