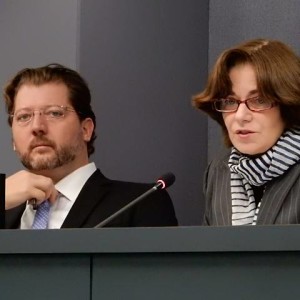 Independent D.C. Council member David Grosso, left, is one of two coauthors of the Universal Paid Leave Act of 2015.
News

Legislation guaranteeing paid leave to almost every worker in the nation’s capital looks likely to pass the D.C. Council next year, but not without vociferous objection from the business community — and not before it’s modified from its current form.

Those were just a few takeaways Wednesday from the first hearing on the Universal Paid Leave Act of 2015, a bill championed by a pair of progressive lawmakers to give the District the country’s most expansive policy for compensated time off.

This measure from Council members Elissa Silverman and David Grosso, both liberal independents, would give employees access to 16 weeks of paid leave annually for “personal medical care, child births or adoptions, and circumstances requiring time serving as a primary caregiver.”

Under the bill, which already has majority support on the council, workers making up to $52,000 a year would receive benefits equivalent to their full pay. Those making higher salaries would get as much as $3,000 per week. The money would come out of a newly created public fund, generated by a tax on D.C. employers.

Polling shows broad public support for paid leave in the District. Silverman said it would help “thousands of D.C. residents each year who have to make the heartbreaking choice between caring for themselves or a loved one at a critical time, sometimes the last moments of a mom or dad’s life, and staying financially alive themselves.”

But business leaders said the initiative could prevent companies from staying alive — or make them move to Maryland or Virginia, taking employment opportunities with them.

“This bill would kill D.C. jobs,” said D.C. Chamber of Commerce President Harry Wingo. He cautioned that the legislation would “catastrophically burden” small businesses and be “ripe for fraud.”

“It is extreme even in relation to the most progressive jurisdictions in the country and would have severe adverse consequences to the city,” said Charles Miller, general counsel at the Federal City Council.

Maryland Retailers Association President Cailey Locklair Tolle had perhaps the pithiest comment of the day, saying the council should oppose the legislation because “you can’t take leave from a job that doesn’t exist.”

Some Democratic council members sounded troubled by these objections.

Ward 2’s Jack Evans said, “Paid leave is certainly a worthy goal,” but “there are many concerns,” including the issue of abuse “that people just don’t want to talk about.” He also voiced worries about reviving a reputation the District once had as a city unfriendly to business.

Echoing Evans, Ward 4’s Brandon Todd talked about “balance” being the key word in the paid leave debate. At-large representative Vincent Orange went as far as saying he had “severe reservations” about the legislation.

RELATED: The Washington Post Really Hates D.C.’s Paid Leave Bill
For their part, though, Silverman and Grosso seemed confident in their proposal. They argued that businesses would benefit from employees who take leave and come back as more productive and loyal workers. Proponents of the legislation also rejected the notion that businesses outside the District would refrain from hiring D.C. residents with access to a paid leave benefit.
“The businesses in Virginia and Maryland actually get the best benefit out of this of anybody,” Grosso said, noting that they wouldn’t have to fund leave for their employees who live in D.C. “I actually think it’s a huge benefit for these businesses,” the council member added.
Ed Lazere, executive director of the progressive D.C. Fiscal Policy Institute, made much the same argument. “Businesses are flexible,” he said. “I find it shocking that any company would turn down a qualified employee because they would take a few more weeks of leave.”
Moving forward, the council intends to have at least two more hearings on paid leave next year. Critics may be able to help craft changes to the current legislation, but most lawmakers clearly want to move forward on this issue.