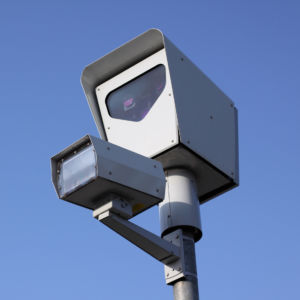 After several years of citizen unrest at violations of due process, “money-grabbing” municipalities, and unequal treatment in enforcement, it appears a decision will be made this year in some form or another on the fate of Iowa’s traffic cameras (formally known as forms of automated traffic enforcement or ATEs) either at the hand of the legislature, or at the judgement of the Iowa Supreme Court.

The Republican-controlled legislature has been deliberating all spring session about what to do regarding traffic cams. The two-way debate has been narrowed down to either banning them entirely in the state, or allowing municipalities to keep them with firm regulations attached. Earlier this session, the Senate passed Senate File 2148, which would prohibit them entirely, while the House eventually passed Senate File 220, which allows the cameras to be used with restrictions attached. In the debates, Democrats have, in majority, supported regulating the cameras, calling for municipalities to enact local control of traffic enforcement, while Republicans have argued that the cameras are money-making opportunities for municipalities. Currently, fines for ATE-caught violations begin at $75 and are scheduled upwards, with the proceeds from the tickets going to both the jurisdiction and the ATE company.

While the legislature is finally appearing to take action after several years of requests by citizens and cities, formal laws on the books are far from guaranteed. Stakeholders have shifted their efforts for change to the Iowa court system. This week, the Iowa Supreme Court heard two more cases regarding traffic cameras, bringing the total amount of traffic cam cases before the body to four since late last year. There’s discussion among stakeholders that the court has not issued an opinion regarding the previous cases, due to the fact that one decision on any of the cases could nullify or impact the others. A formal decision on all four could come in June.

Before the court yesterday was an appeal of City of Des Moines/Muscatine/Cedar Rapids v. The Iowa Department of Transportation (DOT), in which district court court ruled that the DOT had the authority to regulate traffic cams and other ATEs. Cities argued that the DOT does not have the authority it claims it does enumerated in state statutes to regulate traffic cameras, and that the statute of 307.2 is too broad in scope and does not give the DOT direct authority to regulate cameras. Respondents claim that 307.2 grants the DOT all authority to keep its public roadways and highways “reasonably safe,” which allows it to interfere with local law enforcement if necessary, to enforce the statute.

Iowa Supreme Court also took on a non-oral case, Reuven Weizberg, David Peter Veng-Pedersen and Jacob Patrick Dagel vs. the City of Des Moines and GATSO USA, in which district court ruled that the City of Des Moines violated the class members’ procedural due process rights in its manners of prosecuting speeding violations using ATEs. The city and GATSO USA (the creators of the cameras) argue that the city correctly held administrative appeal hearings on the tickets issued from the cameras, that it also has the legal authority to do so. The class members argue that the city does not have the authority to hold the hearings in its code, that the class of members has been decreased in size of those impacted, and that the city unconstitutionally outsourced its law enforcement to a private company.

The remaining two cases were heard last year, one is another class action lawsuit against GATSO USA, this time in conjunction with Cedar Rapids, regarding due process. The other questions equal prosecution under ATE enforcement, in which semi-trucks are not subjected to traffic cameras enforcement because they don’t have visible rear license plates. Traffic cameras function by photographing the rear-facing license plates.

While statistics show that the traffic cameras are working in Muscatine (where violations on Highway 61 dropped by 4,000 cases in two years), Des Moines (where the city reported a 37 percent decrease in crashes and accidents), and Cedar Rapids (in which traffic deaths were reduced from two down to zero), citizens and lawmakers still challenge their relevancy in enforcing local laws.

According to the Governor’s Highway Safety Association, a total of 13 states have passed laws that prohibit the use of speed cameras, while 28 states have no laws regarding traffic cameras (including Iowa, currently). A total of 21 states, and D.C. have enacted laws permitting some form of red light camera use, with nine states and D.C. fully permitting their use, and 12 states allowing very limited use.