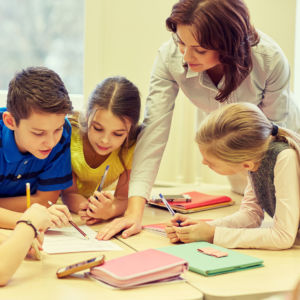 Some New Hampshire Democrats believe a bill that would require school districts to provide parents at least two weeks’ notice about material related to human sexuality is overstepping the state’s role in local education.

“My concern is that it mandates a two-week notice,” said Rep. Mary Heath, D-Manchester. “The biggest problem is that this will not solve the problem. Every school principal needs to talk with their teachers about the importance of parent communication. It should be a local matter as to how that policy is developed based on the school and [grade] level.”

Rep. Victoria Sullivan, R-Manchester, is the prime sponsor of the bill (House Bill 103) and she introduced it after her 8-year-old son said he watched a video at school that depicted a young boy being sexually abused by his uncle and confronting his abuser alone.

Sullivan said the bill would “simply give parents more control and a stronger voice.”

“Local control begins with the parents and the taxpayers,” she told NH Journal. “We have seen parents pushed further and further out of the conversation when it comes to education.”

This isn’t the first time this bill has been in the Legislature. Former Gov. Maggie Hassan previously vetoed the legislation in 2015. It was then reintroduced in the House in 2016, but ultimately failed in the Senate.

State law already allows parents or legal guardians to have a say if they believe that material put in front of their children by schools is objectionable. They would need to notify the school principal in writing of the material they object to and then the student can participate in an “alternative agreed upon” curriculum by the school district and the parent that still meets state requirements for education in that subject area.

Heath said the two-week parental notification is unnecessary because parents can already “opt out” their student if they find any curriculum to be questionable, and the bill undermines the importance of sexual education in schools.

“Good communication with parents is essential,” she told NH Journal. “At the same time, some parents and especially those to the ‘far right’ don’t believe their children should learn anything beyond the ‘basics.’ I understand that, hence the ‘opt out’ [option]. However, House Bill 103 sends the wrong message about the importance of comprehensive sexuality education.”

The national Republican Party platform includes a section on the importance of returning control of public education to the states, school districts, and parents of students. In regards to sexual education, they call for a replacement of “family planning programs.”

“We renew our call for replacing ‘family planning’ programs for teens with sexual risk avoidance education that sets abstinence until marriage as the responsible and respected standard of behavior,” the platform states.

The New Hampshire Republican Party platform does not include anything about sexual education.

The bill will now head to the Senate Education Committee to debate the bill and with Republican Gov. Chris Sununu in the corner office, it’s possible that he would sign the legislation into law. He has not indicated if he supports the bill yet.