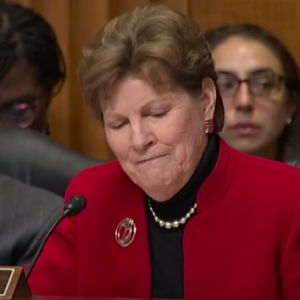 New Hampshire Democrat Sen. Jeanne Shaheen has announced she is leading the effort in the U.S. Senate to pass legislation forcing the Trump administration to comply with the Paris Climate accords.

Known as the International Climate Accountability Act, Shaheen’s bill is the Senate companion bill to H.R. 9, or the Climate Action Now Act, which passed the House of Representatives with near-unanimous support of the Democratic caucus last month. However, there is virtually no chance her bill will get through the GOP-controlled Senate.

“The climate crisis is real and it is here,” Shaheen said. “The President’s intention to withdraw the U.S. from the Paris Climate Agreement is highly reckless and unravels significant progress made to mitigate the effects of climate change. This legislation would help re-establish the United States’ commitment to combating climate change and reclaim our leadership on the world stage.”

Though Trump announced the move two years ago, under the terms of the accord the earliest the U.S. can withdraw from the agreement is November of 2020.

Shaheen argues that her bill is vital to promoting international cooperation on environmental catastrophes and reducing global greenhouse emissions. Her bill would prohibit the executive branch from using funds to withdraw from the climate accord and instead mandates that the administration develop an interagency strategy that ensures U.S. compliance with the financial, environmental, and social commitments prescribed in the treaty.

For environmental groups like the Sierra Club, the introduction of Shaheen’s companion bill is a positive step forward.

The Paris Climate accords require participating nations to determine, plan and regularly report on its efforts to mitigate global warming to an international body. While greenhouse gas reduction targets are left to the country to decide, they must go beyond any previous targets. As a result, the accords require some transnational integration of environmental protection policies.

Trump withdrew from the treaty citing similar concerns for America’s economic health and that the treaty might not have the positive impact initially expected.  For similar reasons, many pro-industry special interest groups and experts have renewed their opposition to the legislation.

For example, Steve Milloy, a senior policy fellow at the Energy & Environment Legal Institute, maintains an opinion that aligns with the administration.

“Predictably, we are already hearing the Paris agreement is not enough to stop climate change,” he argues starkly. “For [those] on the left, like Senator Shaheen, it will never be enough because they see human progress as a blight on the planet, and they won’t be happy until they see it stopped.”

Milloy is known as a “climate skeptic” for questioning the immediacy of human-made climate change. Conservative and industry groups alike value some of these heterodox opinions, especially when it relates to letting private firms lead efforts in protecting the environment over the government.

Notably, energy giants like Exxon Mobil and B.P. have joined a global coalition of private businesses to adopt and reach standards outlined in the climate accord. These firms include most large energy producers, utilities, and scores of cross-industry adoptees like fast-food conglomerate McDonald’s, Dell Technologies, tobacco giant Philip Morris International, and Hilton hotels.