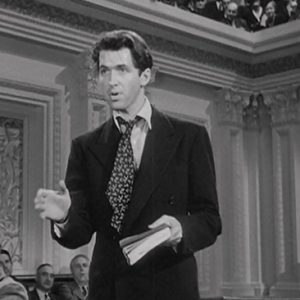 In the first five months of this year, 256 innocent Americans have died in mass shootings because democracy failed. The democracy that has failed is in the U.S. Senate.

The members of the Senate, who are elected by receiving the majority of votes in their elections, cannot pass legislation democratically by a majority vote. All this is because of the Senate filibuster rule, which allows a minority of senators, or even one senator, to thwart the majority’s will by delaying or blocking legislation from receiving a vote.

The original purpose of the Senate filibuster requiring 60 percent of votes to pass legislation was to protect the minority’s ability to foster compromise. But that assumed the senators in the minority wanted to solve problems.

That is not the case today. The minority in the Senate is interested only in appeasing the extremists in their base and doing the bidding of big campaign contributors. Getting 60 votes in the Senate is all but unreachable.

The result is a Senate that cannot pass any law to protect Americans from being killed as they worship, shop for groceries, sit in a classroom, attend a concert, or go to a doctor’s office because democracy has failed in the Senate.

Had those senators crowing about law and order allowed raising the age to buy assault weapons to 21, it would have prevented gun massacres at the Buffalo grocery store and the Texas schoolhouse because the shooters were only 18. In fact, an estimated 70 percent of all school shootings are committed by shooters under 21 years old.

Other popular national gun-safety legislation, which would dramatically reduce the nation’s mass murders, would have passed Congress or be on its way but for the minority of senators holding the majority hostage by the filibuster.

But it is not only protecting the lives of our citizens that cannot be achieved because of a failure of democracy in the Senate. The essence of our nation’s democracy itself is in jeopardy. Elected officials at the state level have or are proposing to pass laws to give themselves the ability to nullify any elections in which they do not like the results.

If Congress does not pass voting rights legislation to guarantee every American the right to a free, fair and secure election that cannot be nullified by state officials unhappy with the results, the minority in this country will not only control the Senate but also the U.S. House, the presidency and every state elected office.

Autocracy, one-party rule, will replace real democracy. But not only will we lose the power to select those who govern us but also entrepreneurship and our vibrant economy. We only need to look at autocratic nations for examples of successful entrepreneurial businesses stolen by wealthy supporters of one-party rulers.

Congress can protect our democracy and economy by passing voting rights legislation guaranteeing free, fair and secure elections. Businesses, small and large, support protecting democracy.  National small-business organizations have called for the Senate to pass voting rights legislation, and Business for Democracy collaboratives are being built in numerous states to raise the small-business voice. But it is the anti-democratic Senate filibuster rule that stands in the way.

However, there is a way forward to protect our democracy and the lives of our citizens — either eliminate the Senate filibuster rule or use a carveout for critical national issues. The elimination of the filibuster is probably out of reach today. Still, a simple majority of senators can approve a carveout. The Senate has done so more than 160 times to stop the minority from blocking the will of the majority.

We need democracy to reign in the Senate to reduce the slaughter of Americans by assault weapons and to protect our democracy from sliding into an autocracy of one-party rule.

If senators do not get rid of the filibuster to stop mass murders and protect democracy, Americans should vote to get senators who will. But they better do so while we still have a democracy that allows the public to make such changes.