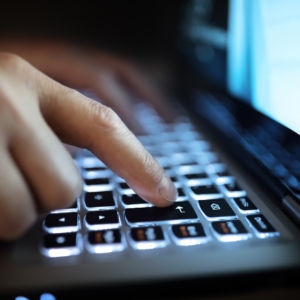 Senate Democrats used the first oversight hearing of the new Republican-controlled FCC as a venue to defend net neutrality, Wednesday, pointing to ongoing investment by broadband providers, blasting attempts to undo privacy rules, and warning of the public backlash that would follow a net neutrality repeal.

All three commissioners appeared before the Senate Commerce, Science and Transportation Committee Wednesday for the agency’s first oversight hearing since Republican Ajit Pai took over as chairman in January. Like his predecessor, Pai received a grilling from one side of the aisle over net neutrality rules barring providers from blocking, throttling, or favoring content. Rules the chairman said he intends to revisit.

“At the end of the day, the FCC has a responsibility to put the public interest ahead of powerful special interests,” said Florida Sen. Bill Nelson, the committee’s ranking Democrat. “Just as it has with past chairmen, Congress expects the commission to uphold the laws it has passed and enforce the regulations properly adopted by the agency.”

Nelson fired the first shots while recounting some of Pai’s initial actions as chairman, like exempting broadband providers below a certain size from net neutrality transparency requirements aimed at hidden fees and staying privacy rules meant to give broadband subscribers more control over their personal data collected and monetized by providers.

“These are actions that directly impact the lives of millions of Americans and I sincerely hope they are not a sign of things to come,” Nelson added.

“A lot of doom and gloom was predicted if this was to happen, but clearly the sky has not fallen,” Booker said. “Businesses, frankly, have continued to innovate in this space, we’re seeing a lot of very positive results.”

Commissioner Mignon Clyburn, presently the only Democrat at the FCC, added SEC filings gave “no identification of the open internet being a negative when it comes to investment opportunities.”

InsideSources has previously reported that investment in network growth among the 12 largest internet service providers (ISPs) in the U.S. fell by roughly $2.7 billion in the first six months of 2016 compared to the same period in 2014, the year before the FCC adopted its divisive net neutrality order, according to economist Hal Singer.

“If not the FCC, who will consumers turn to when their broadband provider throttles their favorite website?” Clyburn said. “And what if there is a billing dispute? Poor service? Privacy concerns?”

Markey said he’ll “fight very hard” for privacy rules Republicans on Tuesday proposed repealing via the Congressional Review Act, legislation preventing the agency from passing similar rules in the future, and against any net neutrality repeal.

“I fear that this is just a preview of coming attractions,” Markey said. “The four million Americans who communicated on the last round on these open internet issues are just going to be dwarfed by the number of people out there who are going to be concerned if privacy and open internet rules are taken off the books.”

Republicans meanwhile praised Pai for making a number of major process reforms to the agency, like releasing the text of items before FCC votes and reining in the agency’s ability to edit items after they’re adopted.

“Counter to the trend of Chairman Pai’s recent predecessors, who often sought to amass as much power in the chairman’s office as they could, these simple steps instead empower the public and the other commissioners,” Chairman John Thune said.

Pai stayed mum on a potential net neutrality repeal, but agreed to Hawaii Democrat Sen. Brian Schatz’s request to have the FCC examine AT&T’s requested merger with Time Warner to ensure the agency shouldn’t conduct a review of the merger. Pai previously said he doesn’t believe the FCC has the authority to conduct a consumer benefit review of the merger because AT&T isn’t planning to acquire FCC licenses held by Time Warner.