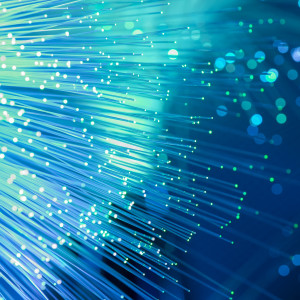 Dems, Tech Companies Back Net Neutrality Ahead of Court Battle

A coalition of tech companies and Democrats in Congress filed briefs in support of the FCC’s net neutrality rules in time for a Monday deadline in federal court, where the broadband industry is gearing up to challenge the rules later this year.

“Today, consumers use the Internet for much more than the few information services the ISPs provide,” the group wrote in its amicus “friend of the court” brief. “They enjoy literally limitless choice for news, text and voice communication, commerce, video, travel, and countless other services.”

“The FCC took necessary action to protect the Internet’s openness” from Internet service providers like Comcast, Time Warner Cable, Verizon and AT&T-DirecTV, which maintain “absolute control of the physical lair of their networks,” according to the group.

“That control, coupled with the fact that ‘all end users generally access the Internet through a single broadband provider,’ places them in the unique position of ‘gatekeeper’ with respect to edge providers that might seek to reach its end-user subscribers,” the group continued.

“This power ‘distinguishes broadband providers from other participants in the Internet marketplace … who have no similar ‘control [over] access to the Internet for their subscribers and for anyone wishing to reach those subscribers.’ As the FCC and
this court have found, this technical ability carries with it incentives that endanger the Internet as a whole.”

Instead of underpinning the legal justification of the FCC’s Open Internet Order, the trade group repeated the argument voiced by many in favor of net neutrality — namely, the dangers posed to Internet competition, access to information and the threat of segregation and censorship by ISPs without stronger oversight by the FCC.

“Rather than today’s world where consumers choose the winners and losers online, ISPs could manipulate how, and even if, a consumer interacts with a website she wants to visit,” the group explained. “Moreover, some of the most popular Internet-based services compete with services offered by ISPs themselves.”

“As the FCC observed in its order, ‘[c]urrently video is the dominant form of traffic on the Internet. These video services directly confront the video businesses of the very companies that supply them broadband access to their customers.’ Factors like this create a rational incentive for ISPs to foreclose their competitors from reaching the ISPs’ customers, or reduce the quality of those connections. Some ISPs already have done so. There is little consumers can do to protect themselves.”

A separate brief prepared by Markey and Eshoo and signed by fellow Democrats including House Minority Leader Nancy Pelosi agree ISPs have already engaged in such behavior, underlining the need for the FCC to step in.

“The FCC has done precisely what Congress intended the commission to do — classify broadband Internet access service according to its best understanding of the technology of the day, and how consumers use that technology,” the lawmakers wrote. “In light of the FCC’s findings — findings which are amply supported by evidence — this court should uphold the FCC’s reasonable reclassification order.”

The rules adopted via a partisan FCC vote earlier this year reclassify ISPs as public utilities under Title II of the 1996 Telecommunications Act — authority that originated in 1934 legislation meant to break up the Bell Telephone monopoly.

Under those rules ISPs are barred from blocking, throttling or prioritizing web traffic, and from establishing higher-priced deals with individual Internet content creators like Netflix, Amazon or Google-YouTube for faster service.

The FCC and broadband industry have already submitted their briefs to the D.C. Circuit Court of Appeals, which rejected a stay on the implementation of the rules in June, but said it will expedite the case’s proceedings. Oral arguments are scheduled to begin in December.