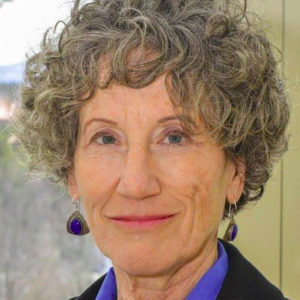 In response to accusations of elitism and condescension over comments she made about parents who aren’t “well-educated,” a New Hampshire Democrat’s Facebook post is raising questions about racial insensitivity.

Sen. Jeanne Dietsch (D-Peterborough) has declined multiple requests for comment regarding a New Hampshire Journal story about statements she made to the House Education Committee. She suggested educational options should be limited to parents who are “well-educated.”

“This idea of parental choice, that’s great if the parent is well-educated. There are some families that’s perfect for. But to make it available to everyone? No. I think you’re asking for a huge amount of trouble,” Dietsch said, later adding:

“If the dad’s a carpenter, and you want to become a carpenter, then yes — listen to your dad.” (Audio is below.)

The story quickly went viral, appearing on news sites across the country and inspiring a backlash from educators, advocates and parents.

“Sometimes opponents of choice in education say the quiet part out loud,” Corey A. DeAngelis, director of school choice at Reason Foundation, told NHJournal. “Opposition to educational freedom often comes from the paternalistic idea that disadvantaged families aren’t capable of choosing services for their own children. That’s wrong. Families are a lot more likely to have the information needed to make good choices for their own children — and a lot more likely to care more about their well-being — than bureaucrats.”

Michelle Levell, co-founder of Granite State Home Educators, called Dietsch’s comments “offensive and elitist. I’ve shared them with about a hundred New Hampshire families and they were all outraged.”

And Shalimar Encarnacion, a Manchester mother of a special needs teen, told NHJournal, “I don’t have a degree, but I help my kid with his education. And I advocate for him, too. Having a college degree isn’t a pre-requisite for caring about your kids.”

Dietsch’s spokesman Brandon Latham told the Daily Caller News Foundation that Dietsch “misspoke” when she made the comments, and that she was “just trying to articulate that she believes the best education comes from people who know the kids, the communities, and the subjects.”

Neither Dietsch nor her spokesperson have offered an apology. However, Dietsch did take to Facebook to post a response. It reads in part:

It seems that to many people the word “educated” means “more educated than myself.” When I was a college student on the south side of Chicago, I volunteered to help the campus minister with a tutoring program at a nearby school. The response to the free after-school reading program was enormous, so the group I was assigned was large.

Fortunately, two parent volunteers were in my classroom, so I asked them to take one half of the group while I took the other. But soon I saw that they were not reading with the kids, just sitting there. When I complained to the director afterwards, she said to me, “But honey, they don’t know how to read.”

In a world of privilege, people may think that educated means you have a college degree. What “educated” means to me; you need to be able to read. [emphasis added]

Chicago’s South Side has been a historically black community since the end of World War II. More than 93 percent of the population is African American. So, why is she bringing up this story of tutoring among illiterate parents in an African-American community? How is this a response to criticism that she’s a condescending elitist?

“It’s off-putting, and it could even appear a bit racist,” Levell said. “At this time when sensitivities are so high, why is she bringing this up?”

Encarnacion was also puzzled by Dietsch’s comments. “I take it as a sign that she’s backpedaling [from her original statement]. She must be hearing from a lot of people.”

New Hampshire Journal has reached out to Dietsch for comment once again.