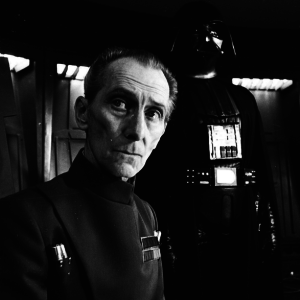 Dispelling Some Confusion Over Star Wars – and the GOP Primary

“Good is a point of view, Anakin. The Sith and the Jedi are similar in almost every way…including their quest for greater power,” explains the soon-to-be Emperor Palpatine to the future Darth Vader.

There is a curious debate, raging among conservatives, about who are the true “good guys” in Star Wars.

Star Wars fan Newt Gingrich has a traditional view of the movie: Republic/Rebels/Jedi are good; Empire/Sith/Palpatine are evil. He sees parallels to the Cold War. “Star Wars came along and it re-validated a core mythology—that there is good and evil, that evil has to be defeated,” he said in a 2007 documentary. Gingrich calls Jedi “truth-bearers who are the priesthood of freedom,” and he notes George Washington would likely sympathize with the Rebels.

Not all conservatives accept this obvious interpretation.

Some argue the Republic, for which the Jedi were the guardians of peace, was hardly an ideal government. “It is clear to me now that the Republic no longer functions,” claimed Queen Amidala as she worried about her people’s fate. While her planet was under attack, the Republic wanted to discuss the invasion in a United Nations-style committee.

Meanwhile, Emperor Palpatine and Darth Vader had a stated goal to “bring order to the galaxy.” They gained control of a massive bureaucracy and built what could be described as an effective government. They ended the Clone Wars (Palpatine also secretly started the conflict). The average citizen was unlikely to feel repressed.

The films don’t indicate there is a new government-in-waiting if the Rebels win. The Middle East is currently full of examples where dictators who kept the peace have been overthrown. But the victors, who often had democratic objectives, had no governing strategy. What happened? ISIS. The new government would also need to address a massive economic collapse. One tongue-in-cheek academic paper estimates the need for a banking bailout around 20 percent of Gross Galactic Product following the destruction of the second Death Star.

There are other examples of the Jedi being less-than-ideal “good guys.” The Jedi inherited their power, while the Empire was a meritocracy. The Jedi had considered a coup against Palpatine even when the Republic still stood. Mace Windu tried to execute Palpatine without trial.

The Republic, Jedi, and Rebels have their faults, as too do democracies on Earth. Though there is still that sticky question of whether the Empire is evil.

Most Star Wars fans first witnessed the oppression of the Empire when Vader and Grand Moff Tarkin destroyed Alderaan. Some argue the attack on Alderaan was justified as it was a hub of Rebel activity. Destroying it prevented a protracted conflict likely to result from an invasion and saved soldiers’ lives, so the Empire’s attack was akin to dropping atomic bombs on Hiroshima and Nagasaki.

But the simple fact remains: They Destroyed An Entire Planet! Tarkin was most concerned with striking fear in the hearts of his enemies, and he even admitted Alderaan was not a military target.

My point here is not which side was better (that’s obvious), it’s that we’re having this debate in the first place. A decade of war and dysfunctional politics have led some to wonder whether an unquestionably evil Empire was somehow better than a democratic republic. A country founded by a group of rebels wanting freedom from an oppressive king is pondering whether the Star Wars Rebels were terrorists.

It is in this context that Donald Trump and Ted Cruz have gained favor with an increasingly radical GOP. Republican voters are reasonably disenchanted with government, but in this fog of war, they’ve turned away from the values that make them Republicans.

Trump routinely issues unstudied and unconstitutional proposals that would have us discriminating against an entire faith. He has sought to divide rather than unite, and his inherent racism will serve as recruiting propaganda for ISIS.

Cruz is quite likely one of the smartest people in American politics, but in him we see someone willing to do anything to get elected. He once suggested his wife was part of a “pernicious nest of snakes” as he attacked the Council on Foreign Relations, a think tank. He has taken to the Senate floor to call Mitch McConnell a “liar.” But let’s forgive him his lack of decorum and remember: He Held Our Country Hostage! – for a vanity shutdown that did nothing but build his campaign’s email list.

As Palpatine asserted: “There is no civility, only politics.” And as Star Wars reminds us, a dysfunctional republic is ever on the verge of tyranny.